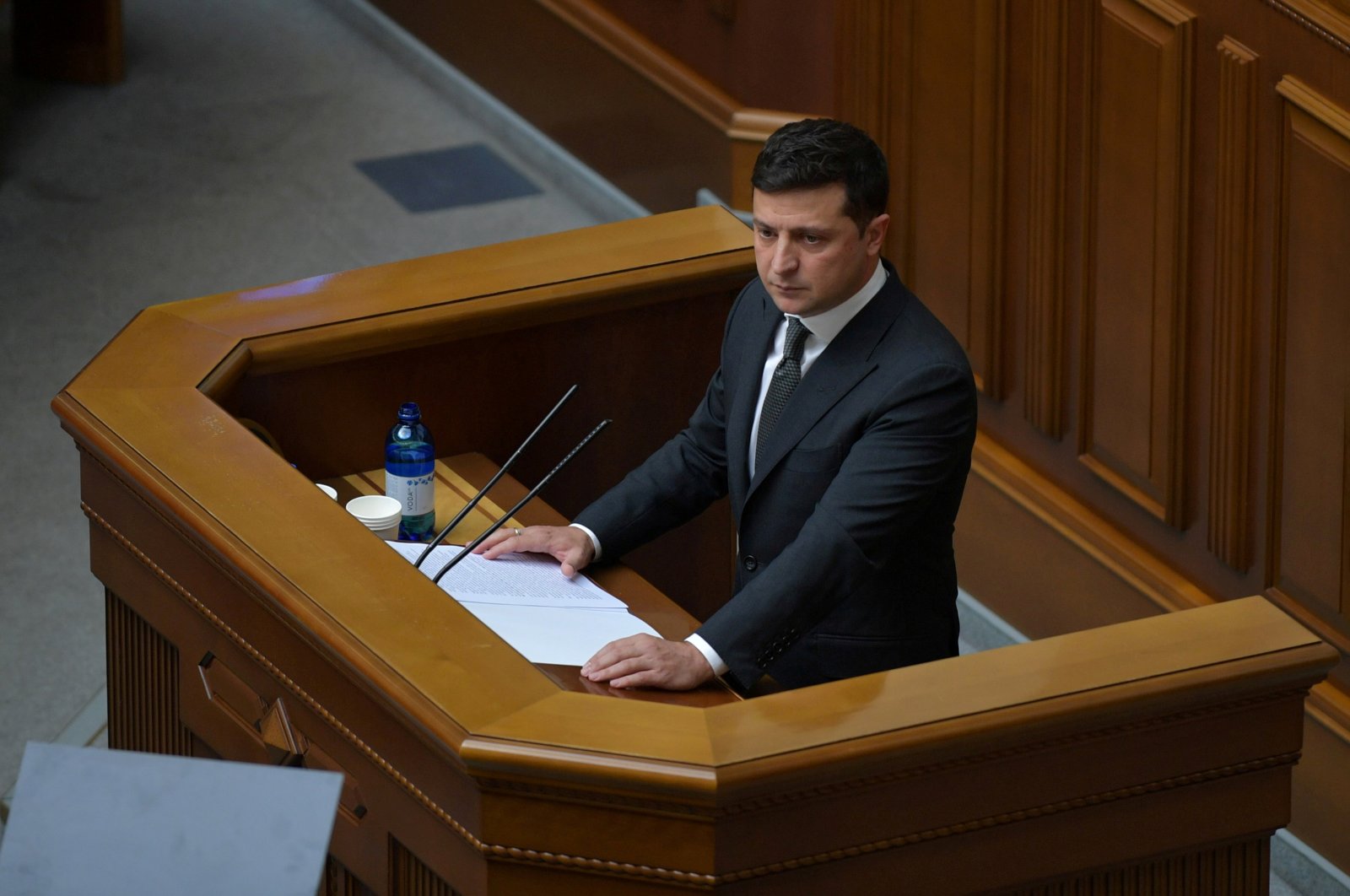 Ukrainian President Volodymyr Zelenskiy has asked parliament to annul a Constitutional Court ruling striking down some anti-corruption laws, which campaigners said was a major setback in the fight against graft and to reinstate them.

The request, in a presidential draft submitted to parliament early on Friday, is the latest move in the tussle over corruption that Zelenskiy has said could jeopardize international aid.

The Constitutional Court this week ruled to abolish some anti-corruption laws, citing as excessive the punishment for false information on officials' asset declarations. It also struck down some powers of the main NAZK anti-graft agency. Ukrainian courts have brought devastating blows to the country's anti-corruption infrastructure, firing the head of the National Anti-Corruption Bureau of Ukraine, Artem Sytnyk, on the basis of a ruling that his appointment violated the constitution.

It eliminated the country's electronic declaration system that obliged officials to disclose their assets by depriving the National Agency for Preventing Corruption (NAPC) of most of its powers, ruling that the system was unconstitutional. The court's recent decision opens the way for corrupt officials for further illegal activities and threatens the country's integration with Europe.

According to the head of the Ukrainian mission to the European Union, Mykola Tochytsky, the court's ruling may trigger the EU's suspension of visa-free travel with Ukraine due to a violation of the government’s anti-corruption commitments to Europe.

Tochytskiy highlighted that Ukraine pledged to launch a register of disclosure of records about the assets of officials and to carry out anti-corruption reforms in the country when it entered the agreement with the EU, which ensured visa-free travel between countries.

"The decision of the Constitutional Court of Ukraine ... is null and void," the presidential draft said, according to a copy reviewed by Reuters.

Parliament is due to vote on the draft but no date has been set. Zelenskiy on Thursday promised swift action, saying the draft was urgent and parliament must vote on it as soon as possible.

Ukraine's patchy performance on reforms and tackling entrenched corruption has derailed a $5 billion program agreed in June with the International Monetary Fund (IMF) at a time its economy is in a sharp downturn due to the coronavirus pandemic.

The European Union's delegation to Kyiv warned that its financial assistance was tied to Ukraine's performance on corruption.

The United States, Canada, Britain and the European Union have backed Ukraine with aid and sanctions on Russia after the 2014 Maidan street protests that ousted a Kremlin-backed leader but repeatedly pressed Kyiv to quicken the pace of reforms.