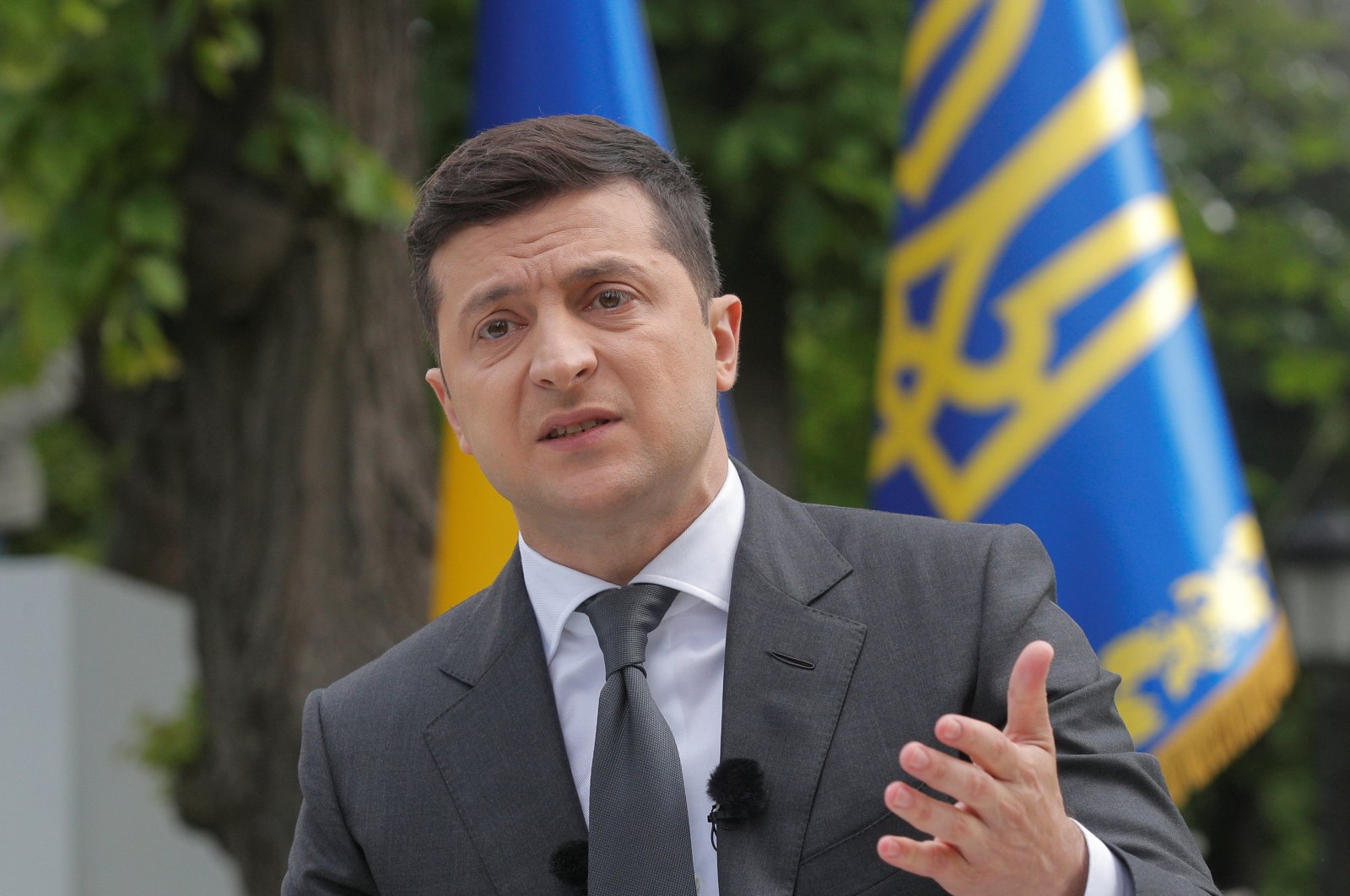 Ukrainian President Volodymyr Zelenskiy on Wednesday defended his decision to agree to a hostage-taker's bizarre demand that he post a movie recommendation to end a 12-hour standoff.

Zelenskiy described how he negotiated personally on Tuesday evening with a gunman who was holding 13 hostages on a bus in the western city of Lutsk.

"We have a result – everyone is alive. We are not fighting for (approval) ratings – we are fighting for life," Zelenskiy said in a statement of his decision, as some criticized him for giving in to the gunman's demands.

The Security Service of Ukraine (SBU) said all 13 hostages were released unharmed after a police standoff with the man, who had threatened to detonate an explosive device.

The tense hostage situation ended after the president agreed to post a recommendation of a 2005 U.S. documentary narrated by actor Joaquin Phoenix called "Earthlings," which condemns humans' mistreatment of animals.

Zelenskiy said he agreed with the hostage-taker, identified as 44-year-old Maksym Kryvosh, that "he would release three people, and after that, I would record a video."

'This is a mistake'

The armed man complied and freed three hostages: a man, a pregnant woman and a child.

In response, the president posted a video message on Facebook, and Kryvosh agreed to release all his captives half an hour later, Zelenskiy said.

A video of Zelenskiy saying: "Movie 'Earthlings', 2005. Everybody should watch" appeared on his Facebook page.

The president later deleted the short video from his account.

The gunman is currently being held in a temporary detention center, police reported.

The SBU classed the incident as an "act of terror" and "hostage-taking," and Kryvosh could face up to 15 years in prison.

Some Ukrainians criticized Zelenskiy for the move, which many compared to an episode of the popular British television series "Black Mirror" where a British prime minister fulfills the grotesque demands of a kidnapper holding a member of the British royal family captive.

Natalia Delgyado, a Kiev-based Facebook user, wondered "whether Zelenskiy would have fulfilled the terrorist's demands if he had demanded public sex with a pig like in the plot of the 'Black Mirror' episode."

"This is a mistake. We should not negotiate with terrorists," Kiev-based lawyer Igor Pashnev wrote on Facebook.

But another Facebook user, Eduard Runin, from Kharkiv, praised Zelenskiy for choosing the option of "fulfilling the demands of a terrorist and keeping people alive."