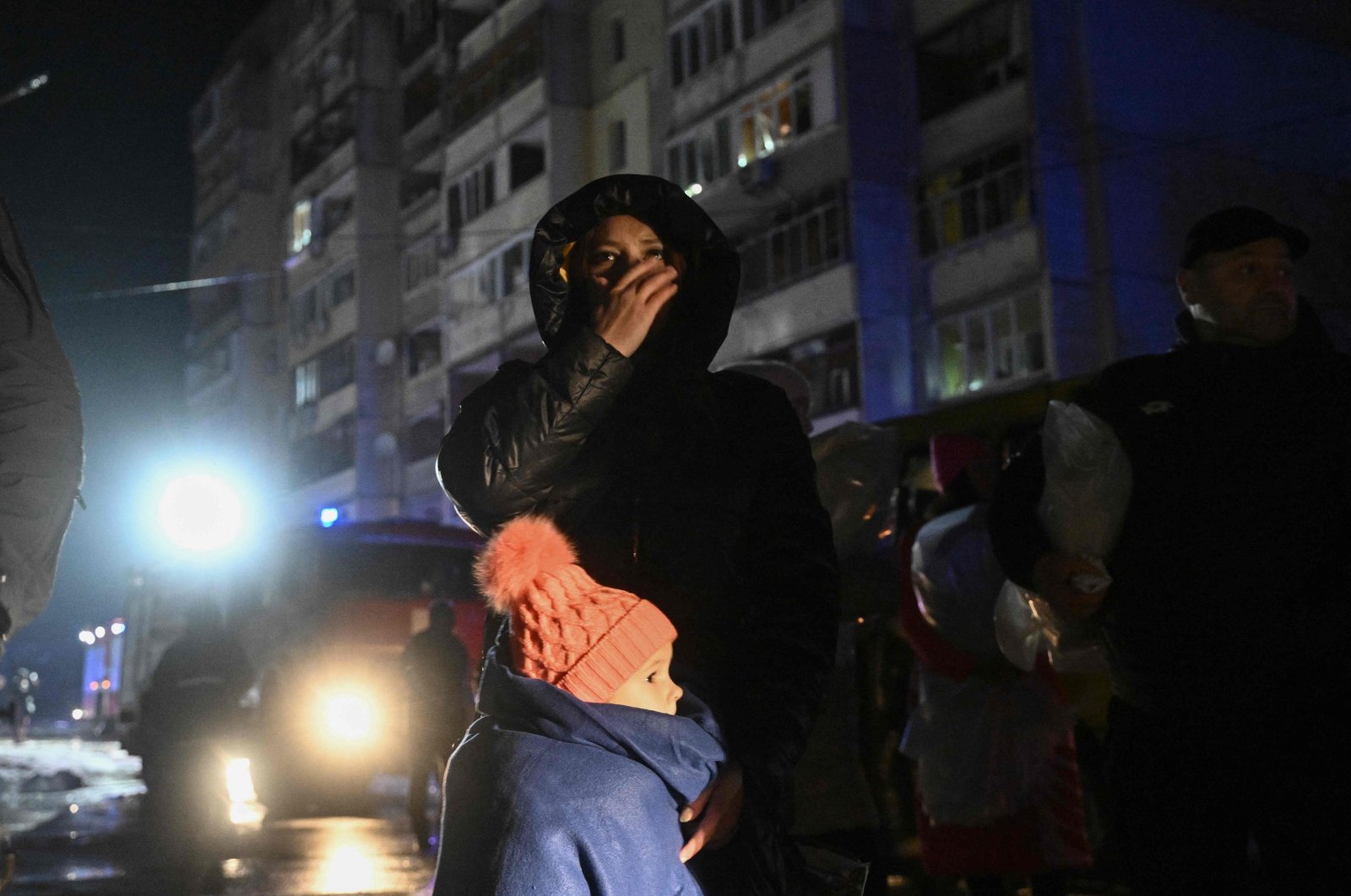 Since early October, Russia has launched huge barrages of air strikes around once a week at energy targets across Ukraine, each time firing hundreds of millions of dollars worth of missiles to knock out Ukraine's power grid

With millions of Ukrainians enduring below-zero temperatures at home, authorities were working hard Thursday to get the lights and heat back on. Russia's latest missile barrage killed 10 people, shut down Ukraine's nuclear power plants and knocked out most power nationwide.

By Thursday morning, regional authorities in Kyiv said power had been restored to three-quarters of the capital and water was working again in some areas. Transport was back up and running in the capital, with buses replacing electric trams.

Authorities hoped to restart the three nuclear power plants in Ukrainian-held territory by the end of the day.

Since early October, Russia has launched huge barrages of air strikes around once a week at energy targets across Ukraine, each time firing hundreds of millions of dollars worth of missiles to knock out Ukraine's power grid.

Moscow acknowledges attacking basic infrastructure, saying its aim is to reduce Ukraine's ability to fight and push it to negotiate. Kyiv says such attacks are clearly intended to harm civilians, making them a war crime.

"Today is just one day, but we have received 70 missiles. That's the Russian formula of terror. This is all against our energy infrastructure," Zelenskyy said overnight via video link to the U.N. Security Council chamber.

"Hospitals, schools, transport, residential districts all suffered," he said, calling on the United Nations to act to halt the attacks.

There was no prospect of action from the Security Council, where Russia wields a veto. Moscow's U.N. ambassador, Vasily Nebenzya, said it was against council rules for Zelenskyy to appear via video, and rejected what he called "reckless threats and ultimatums" by Ukraine and its supporters in the West.

In an overnight address to Ukrainians, Zelenskyy said: "We'll renew everything and get through all of this because we are an unbreakable people."

Ukraine says it is shooting down most of the missiles and restoring most power within a day, but that each such assault causes worse damage and greater hardship for civilians.

"If Moscow really believes that power outage will make Ukrainians overthrow the government and beg for mercy, then after nine months of war Kremlin still does not know a damn thing about Ukraine," tweeted Zelenskyy adviser Mykhailo Podolyak.

"Each new attack only strengthens our character."

Winter has arrived abruptly in Ukraine and temperatures were well below freezing in the capital, a city of three million. U.S. Ambassador to the U.N. Linda Thomas-Greenfield said Russian President Vladimir Putin was "clearly weaponizing winter to inflict immense suffering on the Ukrainian people."

The Russian president "will try to freeze the country into submission," she added.

Russian ambassador Nebenzya said damage to Ukraine's infrastructure was caused by missiles fired by Ukrainian air defense systems that crashed into civilian areas and called on the West to stop providing Kyiv with air defense missiles.

"Our little one was sleeping. Two years old. She was sleeping, she got covered. She is alive, thanks be to God," said a man who gave his name as Fyodr, dragging a suitcase as he walked away from a smoldering apartment building hit in Kyiv.

The blackouts also spread to neighboring Moldova, where authorities said most power was back on by Thursday.

Ukraine has inflicted a series of crushing defeats on Russian forces since September, recovering parts of the east and south. Moscow has responded by declaring the annexation of land it occupies and calling up hundreds of thousands of reservists.

The war's first winter will test Ukraine's campaign to recapture territory and show whether Russia's commanders can find a way to halt Kyiv's momentum.

Moscow faces the difficult task of keeping an invasion force supplied for its first long winter in Ukraine. But having retreated, Russia now has a far shorter line to defend to hold on to its remaining seized lands, with more than a third of the front now blocked off by the Dnipro River.

"Ukraine will slowly grow in capabilities, but a continued maneuver east of the Dnipro River and into Russian-occupied Donbas will prove to be much tougher fights," tweeted Mark Hertling, a former commander of U.S. ground forces in Europe.

"Ukrainian morale will be tested with continued Russian attacks against civilian infrastructure ... but Ukraine will persevere."

Russia has been pressing an offensive of its own along a stretch of the front line west of the city of Donetsk, held by Moscow's proxies since 2014. Ukraine says it has killed thousands of Russian soldiers there while yielding little ground, describing the Russians as hurled into battle with little equipment or training.

Further south, Russian forces were digging in on the eastern bank of the Dnipro, shelling areas across it including the city of Kherson, recaptured by Ukrainian forces this month.

Reuters could not immediately verify the battlefield accounts.

Moscow says it is carrying out a "special military operation" to protect Russian speakers in what Putin calls an artificial state carved from Russia. Ukraine and the West call the invasion an unprovoked land grab.

Western responses have included billions of dollars worth of financial aid and state-of-the-art military hardware for Kyiv and waves of punitive sanctions on Russia.