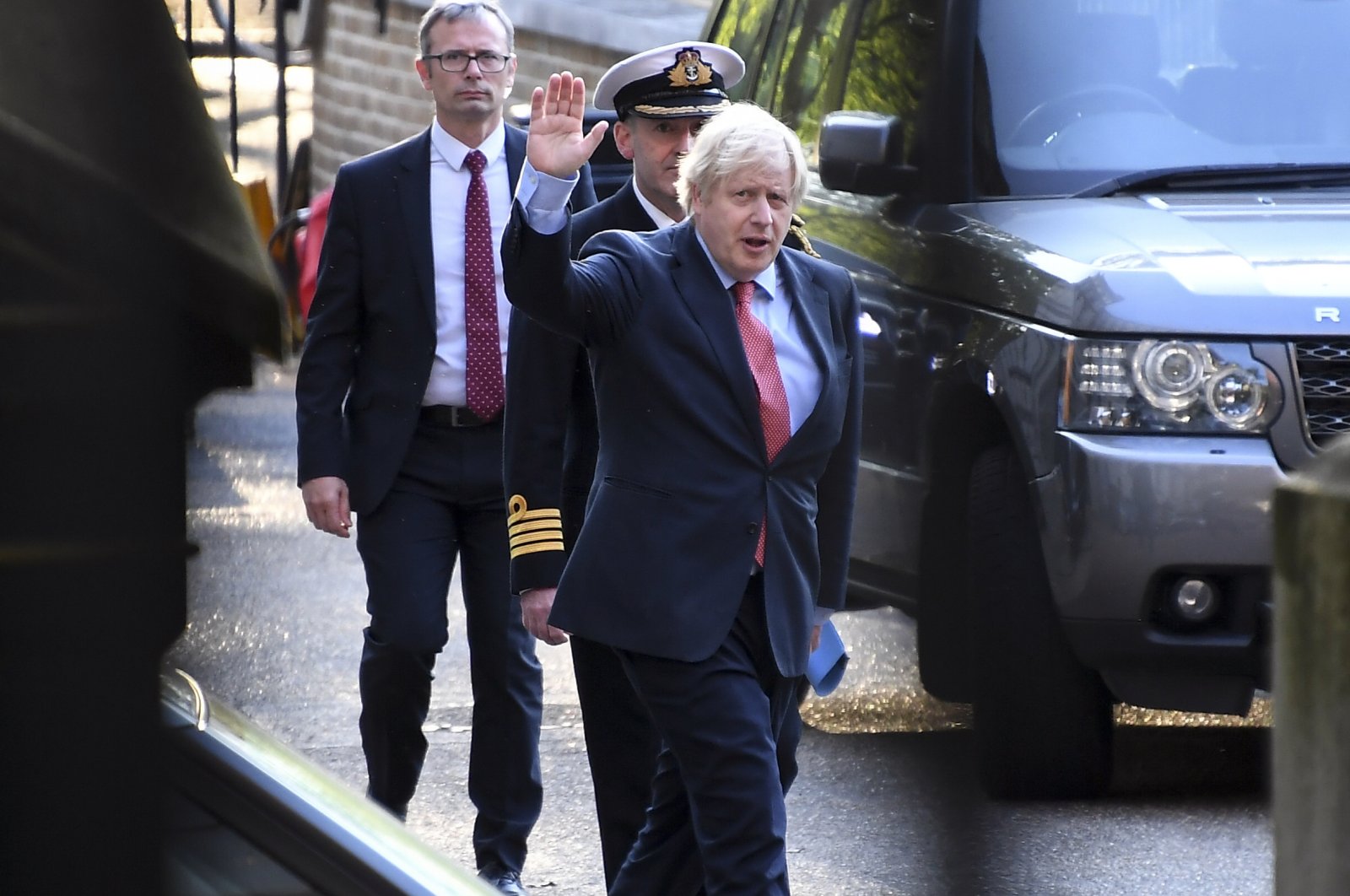 Britain's Prime Minister Boris Johnson walks into the rear entrance of Downing Street, in London, May 7, 2020 (AP Photo)
by Compiled from Agencies May 10, 2020 12:28 pm
RECOMMENDED

British Prime Minister Boris Johnson is expected to extend the bulk of the country’s coronavirus lockdown restrictions for three weeks or so when he speaks to the nation Sunday evening.

Following a week of mixed messages that started with Johnson indicating that there would be changes to the lockdown beginning Monday, the government has sought to douse speculation that the measures will amount to much, according to the Associated Press (AP).

Public opinion has proved largely in favor of maintaining the lockdown across the U.K., which has recorded the most coronavirus-related deaths in Europe at 31,662 and a high number of infections. "Extreme caution is actually the watchword on this,” Transport Secretary Grant Shapps said Saturday.

His comments came as British police warned they were "fighting a losing battle” as Londoners headed out to parks, families descended on the pebble beaches of Brighton in southern England and many drivers set out on what would be considered unessential journeys amid the lockdown.

"It’s vital that we don’t throw away essentially the great work of seven weeks of people respecting very impressively the rules and the guidelines, by throwing it away because it happens to be sunny outside this weekend," Shapps said. "That would be absolutely tragic.”

The worry is that the U.K. lockdown, which began March 23 and has clearly reduced the transmission of the virus, will need to be extended for longer than envisioned.

Johnson's Conservative government has faced widespread criticism for being too slow to react to the pandemic and for not supplying medical workers with enough protective gear.

Johnson is to announce a "road map” of how the U.K. can start relaxing some of the lockdown measures, notably on how mothballed sectors of the economy and schools can reopen in an era of social distancing.

The threat level system he is expected to roll out will follow a colored series of alerts ranging from green (level one) to red (level five).

Changes may include being able to exercise more than once a day and the reopening of garden centers. There is also widespread speculation that Johnson will announce a 14-day quarantine for all travelers coming to the U.K. bar those from Ireland, as part of measures aimed at avoiding a second peak of the pandemic.