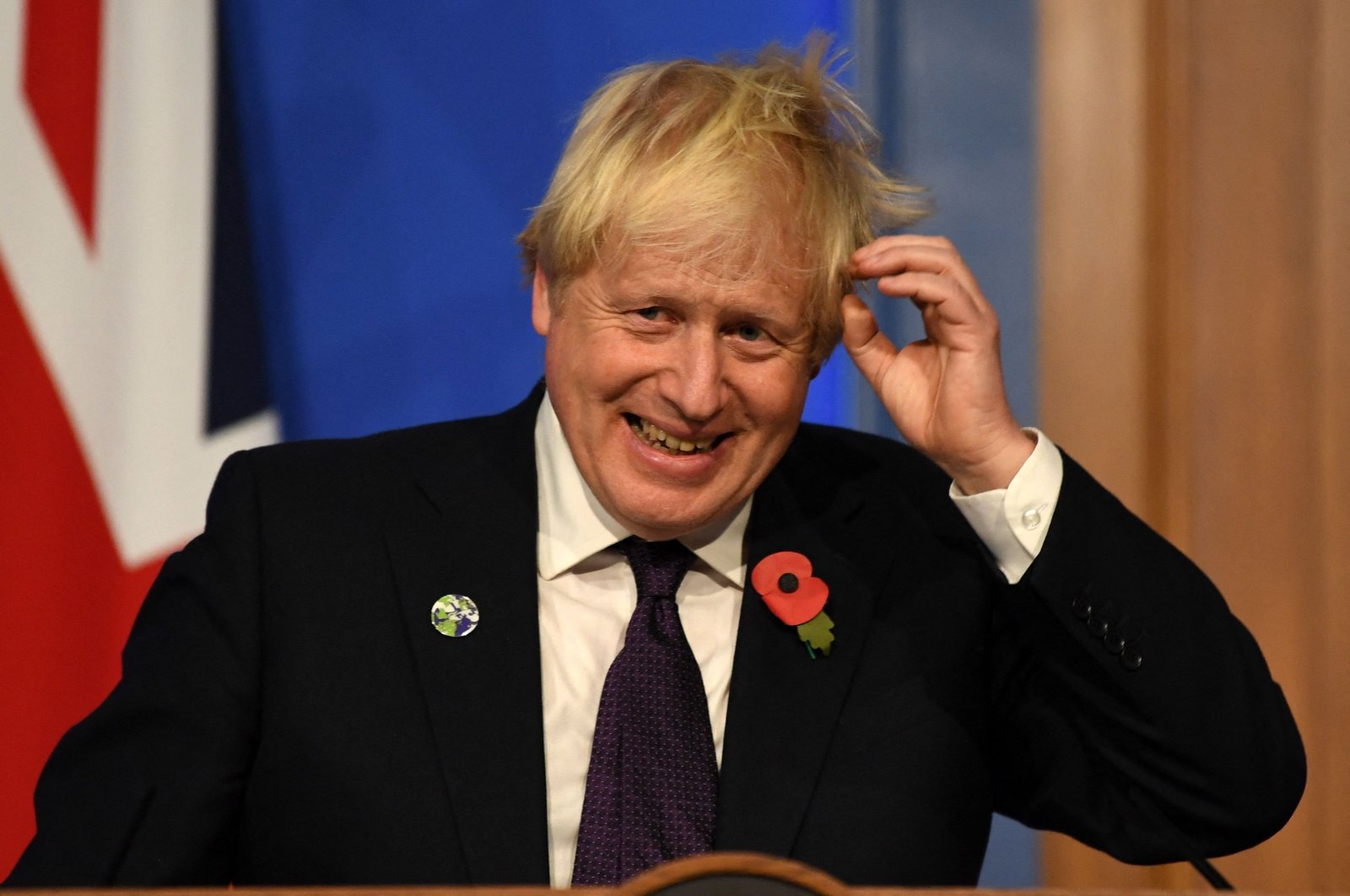 British Prime Minister Boris Johnson expressed his delight at a last-ditch agreement to tackle global warming, saying the United Nations-led COP26 climate talks were "truly historic" and "sounded the death knell for coal power." He noted, however, that the progress made at the Glasgow summit was "tinged with disappointment" as it did not go further on tackling the use of high-polluting coal.

Nearly 200 countries on Saturday pledged to speed up the fight against rising temperatures, after two weeks of non-stop negotiations.

British Prime Minister Johnson called the 11th-hour deal "truly historic" and said it signaled "the beginning of the end for coal power."

But he said his "delight at this progress" was "tinged with disappointment" because of a failure to secure the agreement of all countries to keep coal in the ground.

India and China weakened the language of the final text, forcing tears and an exasperated apology from Britain's COP26 president, Alok Sharma.

He later said the Asian giants needed to explain themselves to those countries facing an existential threat from rising seas, drought and wildfires.

An upbeat Johnson on Sunday told a news conference that most countries were willing to have "a high level of ambition."

But without naming India and China, he said: "That wasn't true of everybody. Sadly that's the nature of diplomacy ...

"We cannot force sovereign nations to do what they do not wish to do. It's ultimately their decision to make and they must stand by it."

Johnson said the "Glasgow Pact" had managed to "turn the dial down" to warming of "around two degrees" Celsius (3.6 degrees Fahrenheit) – still failing to meet a 2015 Paris Agreement pledge to limit warming to between 1.5 and 2 degrees Celcius.

"But for all our disagreement, the world is undeniably heading in the right direction," he said, insisting the goal of limiting heating to 1.5 degrees Celcius was "still alive."

"Climate catastrophe is still knocking on the door," he warned, as Pope Francis urged "all those who have political and economic responsibilities to act immediately with courage and farsightedness."

Joeri Rogelj, director of research at the Grantham Institute, Imperial College London, said the world was "looking in the right direction."

But he added: "We need to start moving and global emissions need to decline, immediately, rapidly, and extremely urgently."

The agreement in Glasgow was the first time after 25 previous conferences that the words "fossil fuels" and "coal" – the main culprits of global warming – have made it into the final text.

Their inclusion "confirms that coal is on the conveyor belt to the great trash compactor of history."

He said the world now has a decade "to accelerate coal's demise and expand efforts to oil and gas too."

Recognizing coal and oil by name in the text was a painful process, with India and China managing at the last moment to further soften the wording to "phase down" instead of "phase out."

Beijing's shift came after it announced on Wednesday a surprise deal with the United States, the second-largest emitter of greenhouse gases after China.

President Joe Biden, who at the start of the summit lashed out at his Chinese counterpart Xi Jinping for his absence in Glasgow, is due to hold a video conference with him on Monday.

Beijing needs to deliver on promises made in Glasgow "with action – by putting an expiry date on domestic coal," said Byford Tsang of environmental group E3G.

"How countries establish new cooperation to deliver more short-term action over the next 12 months will be the real test of success at Glasgow," the group said, highlighting other COP26 promises on reducing methane emissions, deforestation and the financing of the fossil fuel industry.

If countries, particularly the major emitters, stick to their incremental, "business-as-usual" policies, they will "condemn current and future generations to a world of untold suffering and harm," warned the Union of Concerned Scientists (UCS).

The poorest countries, those least responsible for global warming but which are bearing its brunt, fought in Glasgow to obtain specific funding for "loss and damage."

But they reluctantly gave in, agreeing to further dialogue so as not to jeopardize the broader fight against global warming.

"We always knew that Glasgow was not the finish line," said U.S. envoy John Kerry on Saturday evening.

French Environment Minister Barbara Pompili said that while COP26 was "far from having saved the planet, it put it on the right track."

Pompili told RTL radio that while the final declaration was "not the most ambitious in the world" it represented a "compromise" that had at one point looked elusive.

"We have a deal, we have the Glasgow Pact and I can tell you that until last night that was not a given."