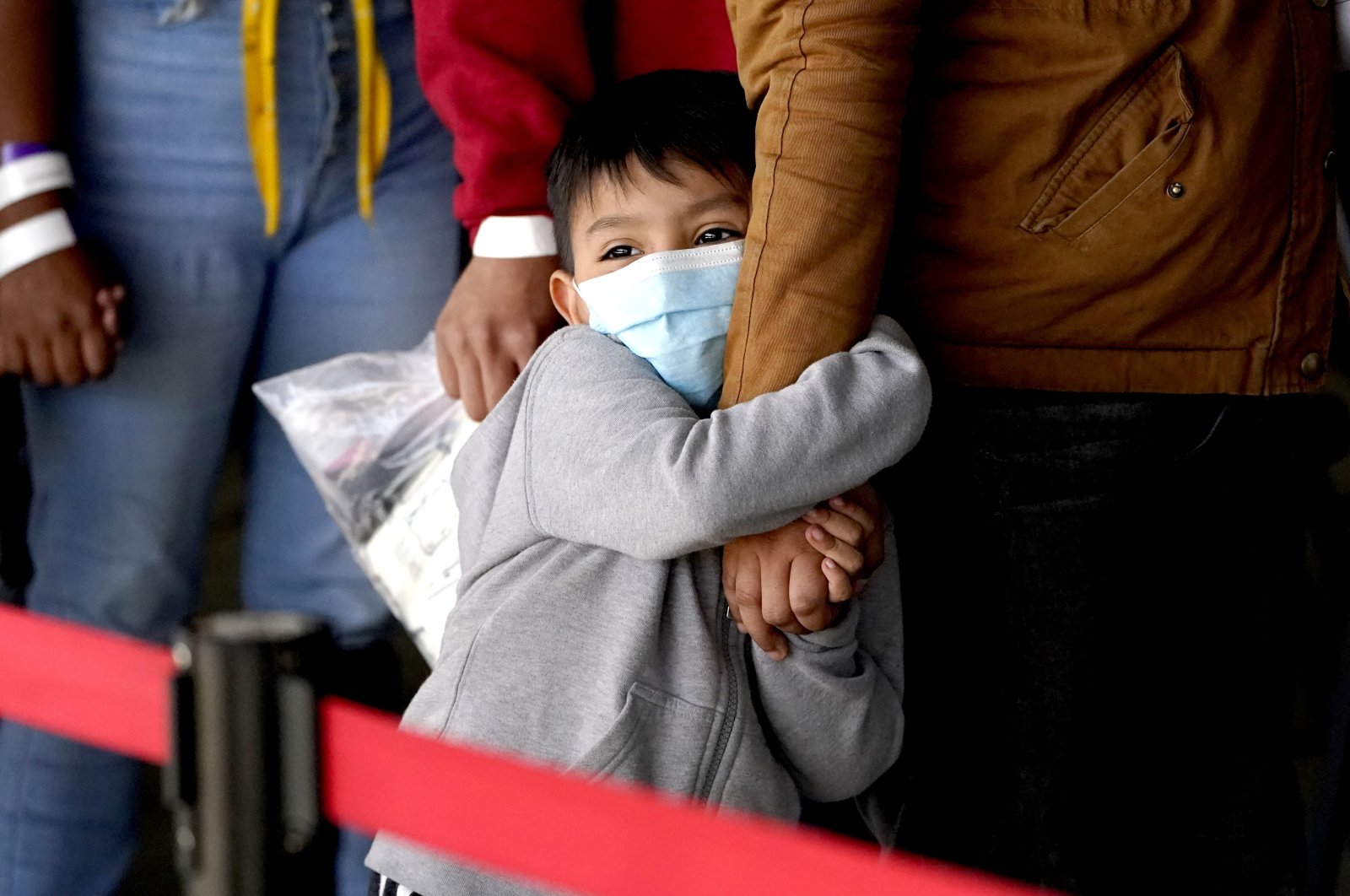 A migrant child holds onto a woman's arm as they wait to be processed by a humanitarian group after being released from U.S. Customs and Border Protection custody at a bus station, in Brownsville, Texas, U.S, Wednesday, March 17, 2021. (AP Photo)
by ASSOCIATED PRESS Mar 18, 2021 5:27 pm
RECOMMENDED

Experts in a panel of child rights, sharply criticized the U.N. secretary-general’s decisions on a global blacklist of parties responsible for harming children during conflicts, saying government forces including from Israel, Afghanistan, Myanmar, Somalia and the Saudi-led coalition fighting rebels in Yemen should not have been excluded.

The experts appointed to study the blacklist decisions by Watchlist on Children, an international advocacy group, said in a 37-page report released Wednesday that between 2010 and 2020 at least eight parties to conflicts were found responsible for killing and maiming more than 100 children in a single year but weren’t listed. Six of them were government forces, the panel said.

The report cited "numerous discrepancies and omissions in listing decisions, as well as unwarranted delisting decisions.” It concluded that the U.N. Security Council’s 2001 resolution establishing the list and pledged "to protect children from the horrors of war is being seriously undermined” and could result in "putting children at even greater risk.” Co-author Yanghee Lee, former chair of the committee that monitors implementation of the U.N. Convention on the Rights of the Child, said: "We are calling on the secretary-general to urgently address these problems and commit to hold all countries and groups responsible for violations against children accountable without fear or favor.”

U.N. spokesperson Stephane Dujarric said Secretary-General Antonio Guterres stands by the conclusions and recommendations in the annual report. He said action plans by governments and armed groups to get off the blacklist have produced improvements and changed behavior in some areas. "Everyone is working towards the same goal: improving the protection of children and wiping out the scourge of children being forced as combatants and, of course, as victims of conflict,” he said.

"We appreciate the views expressed” in the report, Dujarric said, "and we’re always happy to engage with relevant partners in how to improve the system.”

The eight parties that the experts said should have been included on the blacklist included three in Afghanistan: the Afghan National Defense and Security Forces every year from 2014 to 2020, international forces supporting them in 2010, 2019 and 2020, and Afghan extremist groups affiliated with the Islamic State in 2016.

During the decade between 2010 and 2020, the experts said four parties were responsible for more than 200 cases of recruiting and using children in conflicts that weren’t listed.

The report identified them as Myanmar’s military known as the Tatmadaw in 2020; Congo’s rebel National Congress for the Defense of the People in 2010; South Sudan’s rebel National Liberation Movement in 2018 and 2019, and that country’s rebel Sudan People’s Liberation Army in Opposition allied with Taban Deng Gai in 2017. Gai is currently South Sudan’s third vice-president.

The experts cited three instances in which they considered that parties were prematurely removed from the list: The Tatmadaw for recruiting and using children in Myanmar in 2020 and two instances involving the Saudi-led coalition in Yemen – in 2018 for attacks on schools and hospitals and in 2020 for killing and maiming children.

Lee, who was also the U.N. special investigator for Myanmar, said following the Tatmadaw’s removal from the blacklist "recruitment by Myanmar’s military has not only continued but increased.”

The other experts who wrote the report include Benyam Dawit Mezmur, an expert on children’s rights law and chair of the African Committee of Experts on the Rights and Welfare of the Child; retired Lt. Gen. Romeo Dallaire, who commanded the failed U.N. peacekeeping mission during the 1994 Rwanda genocide and founded the Dellaire Institute for Children, Peace and Security; and former Canadian U.N. ambassador Allan Rock, who chaired the U.N. Group of Friends on children and armed conflict.

"The U.N. has invested significant attention, resources, and expertise in protecting children suffering the consequences of armed conflict,” Mezmur said. "Now it must ensure that the list of perpetrators it issues is more credible, accurate, complete, and evidence-based, or risk pulling apart this unique tool for the protection of children caught in war.”