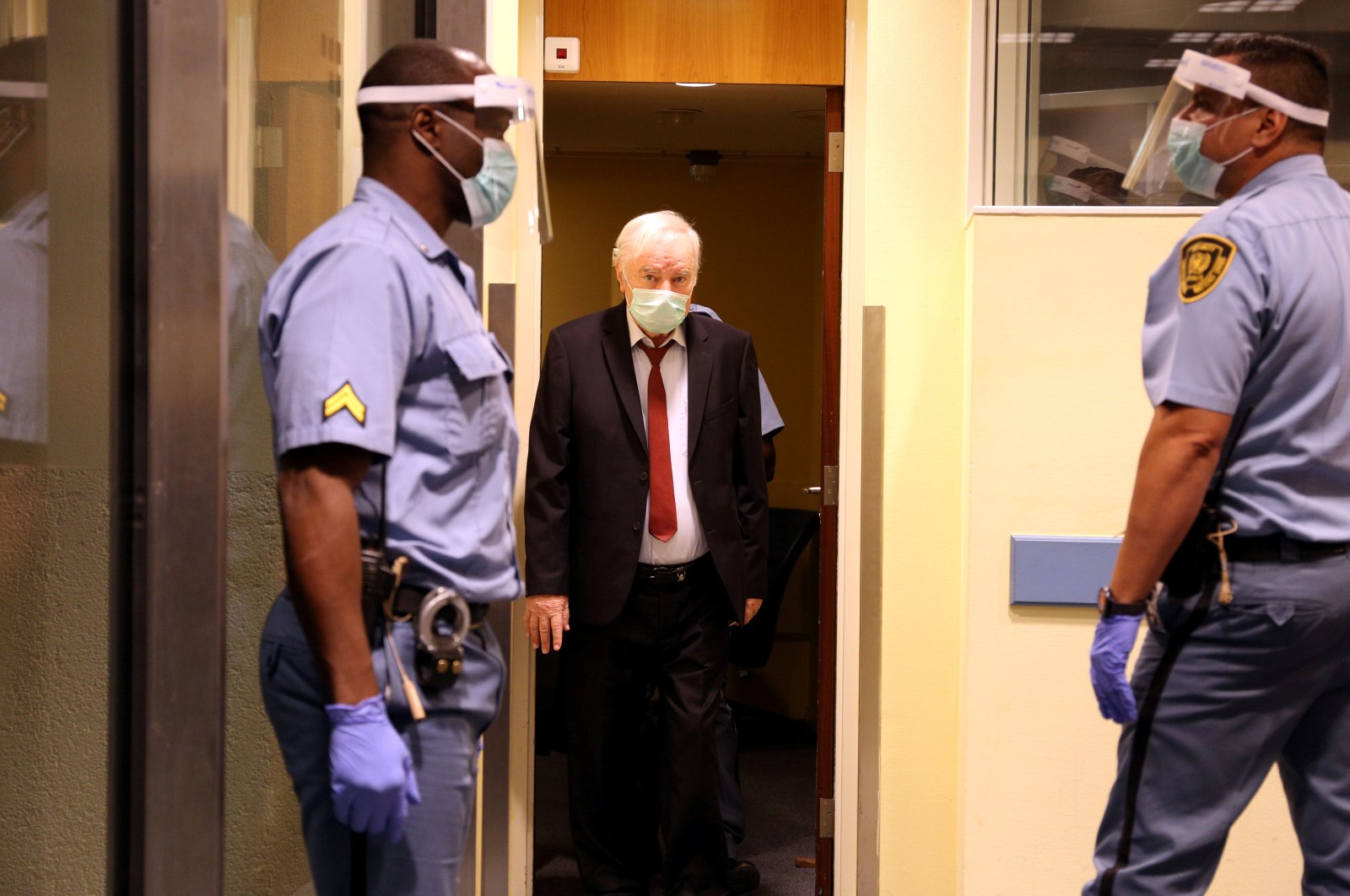 A United Nations lawyer on Wednesday called former Bosnian Serb military chief Ratko Mladic “one of the worst war criminals who has ever faced justice” at an international tribunal, and urged appeals judges to uphold his convictions and life sentence for masterminding atrocities throughout the 1992-1995 Bosnian War.

Listing the crimes for which Mladic was convicted in 2017 by a U.N. tribunal, prosecution lawyer Barbara Goy said that for Mladic, "life imprisonment is the only conceivable sentence. Nothing less than the maximum sentence is appropriate.”

Mladic's defense lawyers called on judges on Tuesday to overturn his 2017 convictions for genocide, crimes against humanity and war crimes, saying the trial panel's final judgment was riddled with legal and factual errors. Among their arguments, the lawyers said that busing Bosnian Muslims out of Srebrenica 25 years ago was a humanitarian mission, not a forcible transfer of civilians.

At a hearing conducted at the U.N. International Residual Mechanism for Criminal Tribunals, held partly by videoconference because of coronavirus restrictions, prosecution lawyer Laurel Baig rejected that characterization of the events.

“Mladic’s arguments claiming a humanitarian evacuation ignore that the displacement operation was violent and coercive," Baig said. "There was nothing humanitarian about this operation. On the contrary, it was barbaric.”

The forcible removal of Bosnian Muslim civilians and the massacre of more than 8,000 men and boys from Srebrenica was the bloody climax of the war that left an estimated 100,000 people dead. Mladic and his political master, Radovan Karadzic, both have been convicted by a U.N. war crimes tribunal of genocide and other offenses for their roles. Karadzic's conviction was upheld on appeal last year.

“Mladic was key to the success of this operation,” Baig said. “Not only was he present, giving orders, supervising and directing, he also played a critical and high-level role in keeping the international community from stopping these massacres.”

He also was convicted of involvement in crimes including the deadly siege of Sarajevo, and brutal campaigns to drive Bosnian Muslims and Croats out of territory claimed by Bosnian Serbs. Prosecutors are calling on the appeals judges to overturn Mladic's acquittal on a genocide charge linked to the “ethnic cleansing” campaigns.

Mladic, 77, was in court Wednesday following the proceedings. Judges have set aside 10 minutes for him to address them at the end of Wednesday's hearing. The five-judge panel will likely take months to issue a final decision on his appeal.