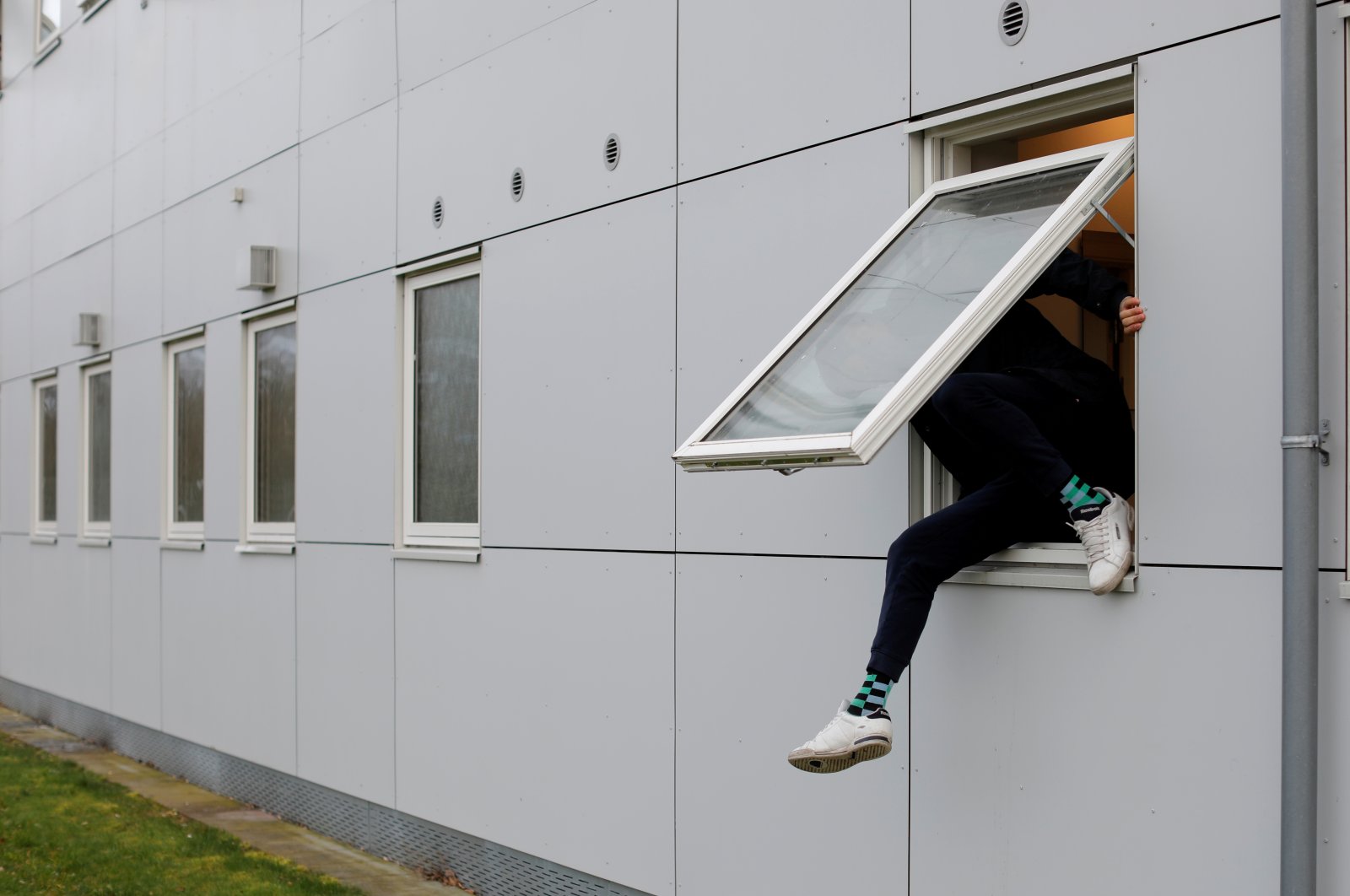 A resident climbs through a window at Kaershovedgaard, a former prison and now a departure center for rejected asylum seekers in Jutland, Denmark, March 26, 2019. (Reuters Photo)
by REUTERS Jun 04, 2021 9:31 am
RECOMMENDED

The U.N. refugee agency strongly criticized a law passed by Denmark's parliament that would allow the processing of claims lodged by asylum seekers outside Europe, calling it an "abdication" of its responsibility under international law.

Denmark on Thursday passed a law enabling it to process asylum seekers outside Europe, drawing anger from human rights advocates and the European Commission.

Filippo Grandi, U.N. High Commissioner for Refugees, said in an overnight statement that if the law took effect, it could lead to the forcible transfer of asylum seekers and an abdication of Denmark's responsibility to protect vulnerable refugees.

"UNHCR strongly opposes efforts that seek to externalize or outsource asylum and international protection obligations to other countries," he said.

His agency had raised repeatedly its concerns and objections to the Danish government’s proposal and offered advice and pragmatic alternatives, he said.

Denmark already has one of Europe's harshest stances on immigration and aims to only accept refugees under the UN's quota system.

The new law will allow Denmark to move refugees arriving on Danish soil to asylum centers in a partner country to have their cases reviewed, and to possibly obtain protection in that country. Denmark has yet to reach an agreement with a partner country, but it has said it is negotiating with several candidate countries.

"UNHCR will continue to engage in discussions with Denmark, which remains a valuable and long-standing partner to UNHCR, in order to find practical ways forward that ensure the confidence of the Danish people and uphold Denmark’s international commitments," Grandi said. (Reporting by Stephanie Nebehay; Editing by Hugh Lawson)