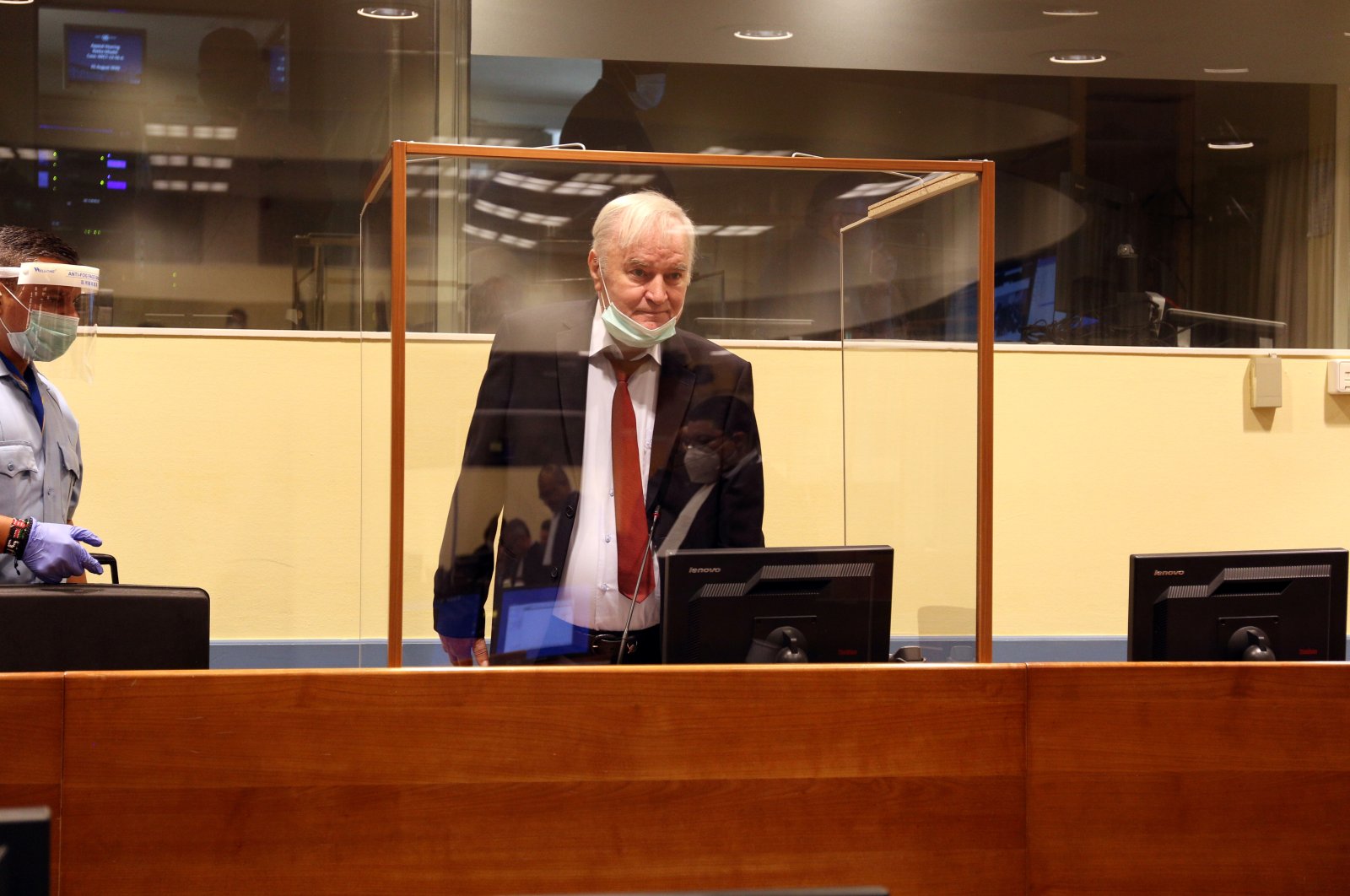 The two-day hearing in The Hague was delayed several times after Mladic, dubbed as "Butcher of Bosnia" needed an operation to remove a benign polyp on his colon and then because of the coronavirus pandemic. Mladic will himself be allowed to speak for 10 minutes on Wednesday although it remained unclear if he would be either in court or appearing via video link from his detention center in the seaside suburb of Scheveningen. He had to be dragged out of the court in 2017 after an outburst in which he accused the judges of lying.

Mladic was sentenced to life behind bars in November 2017 for his role in the 1995 Srebrenica massacre, Europe's worst bloodshed since World War II, where Serbian troops under his command slaughtered almost 8,000 Muslim men and boys. He has denied the 11 counts, including genocide, war crimes and crimes against humanity, allegedly committed during the 1992-1995 war that killed 100,000 and displaced 2.2 million as ethnic rivalries tore Yugoslavia apart.

Mladic's team asked for acquittal, while the prosecution wants a guilty verdict for genocide in six other municipalities. The first-instance trial was handled by the International Criminal Tribunal for the former Yugoslavia (ICTY), while the appeal is being handled by the International Residual Mechanism for Criminal Tribunals (IRMCT). The mechanism took over unfinished cases after the ICTY closed at the end of 2017.

Mladic was among the top leaders to face international justice over the Balkans wars, along with former Bosnian Serb leader Radovan Karadzic and former Yugoslav President Slobodan Milosevic. They were accused of forming a "joint criminal enterprise" to create a Greater Serbia by ridding the territory of Bosnian Muslims and non-Serbs.

Milosevic died in his cell in The Hague in March 2006, suffering a heart attack before his trial had finished. Karadzic was convicted of genocide in 2016 for the Srebrenica massacre and other atrocities during the war and sentenced to 40 years. After an appeal, judges increased his sentence to life, saying the initial term had underestimated the "sheer scale and systematic cruelty" of his crimes.