UN warns of worsening conditions, hazards ahead of winter at Lesbos migrant camp 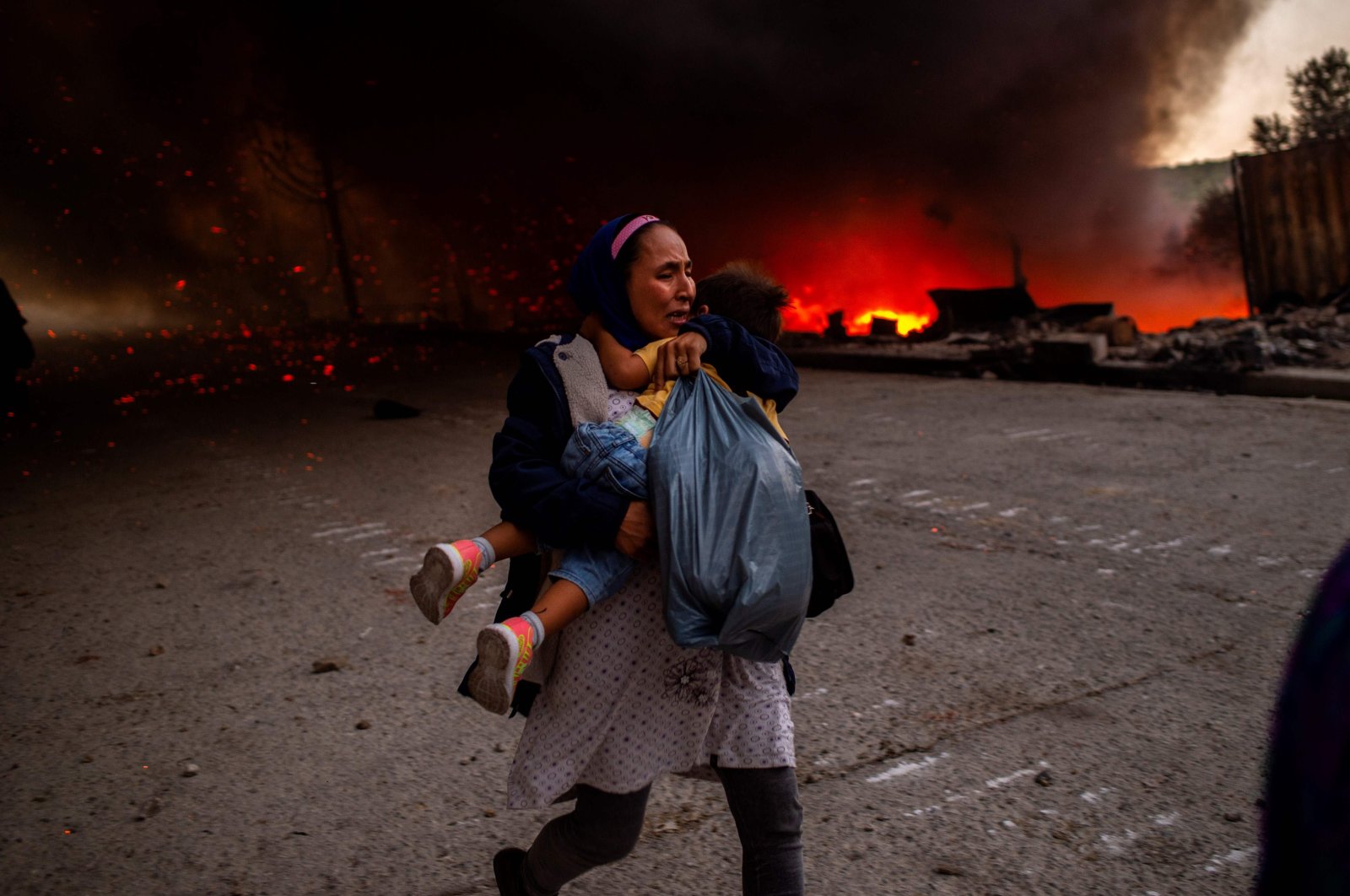 The new emergency shelter for migrants on the Greek island of Lesbos is unsafe and still lacks critical infrastructure, the United Nations High Commissioner for Refugees (UNHCR) said Friday.

The previous Moria camp was destroyed by fire in early September, leaving more than 12,000 people, mostly refugees from Afghanistan, Syria and African countries, without shelter, proper sanitation or access to food and water.

"UNHCR and other humanitarian partners have alerted the Greek authorities to safety hazards and risks in the emergency site, requiring their immediate action," UNHCR spokesperson Shabia Mantoo told a press briefing in Geneva.

As of Thursday, nearly 7,800 people moved into provisional accommodation near Kara Tepe close to the island's port of Mytilene. Part of a provisional migrant camp was partly submerged by flooding on Friday. Around 80 of the 1,100 tents in the island's Kara Tepe camp were left in standing water and many more were soaked through after heavy rains, the Newpost.gr news site reported. Aid workers scrambling to move camp residents from the flooded tents to available municipal administration buildings, the site said.

"There are critical gaps in drainage, water, sanitation, hygiene and health services that need to be addressed without any delay," Mantoo said.

The shelters, built by the Greek army and aid organizations, will not sufficiently protect migrants during the cold season, she added.

Prior to being destroyed, the Moria camp housed people who arrived on the island from the nearby Turkish coast, fleeing poverty or conflict in their homeland. The camp and its dire humanitarian conditions have been held up by critics as a symbol of the failures of the European Union's migration and refugee policy.

Besides Italy and Spain, Greece is one of the main destinations for migrants crossing the Mediterranean to reach Europe. Nearly 9,000 migrants have reached Greece by sea so far this year and 2,000 by land, according to the International Organization for Migration (IOM).