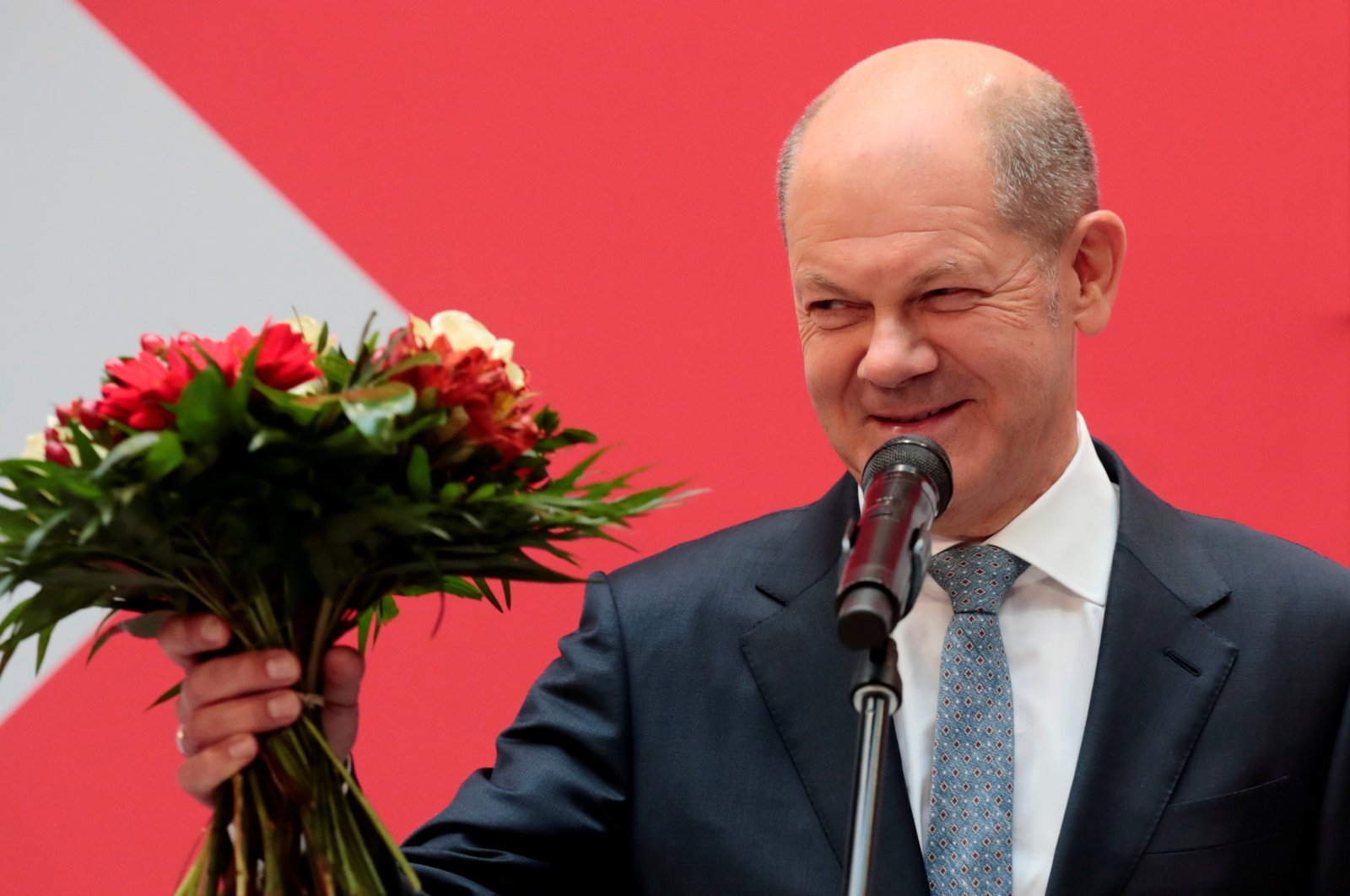 Nobody knows how long will it take Europe’s biggest economy to get out of uncertainty after the elections that took place on Sunday. The party that narrowly beat outgoing German Chancellor Angela Merkel’s bloc pushed Monday for a quick agreement on a coalition government, but the details are still blurry.

Olaf Scholz, the candidate of the center-left Social Democrats, called for Merkel’s center-right Union bloc to go into opposition after its worst-ever result in a national election. Both parties finished with well under 30% of the vote, and that appeared to put the keys to power in the hands of two opposition parties – raising questions over the stability of a future government.

Armin Laschet, the Union’s candidate, rejected the idea that the election gave any party a clear mandate and made clear he still hopes to lead a new government. But he sounded considerably less confident Monday than he did a day earlier, when he said his bloc would do "everything we can” to form one – and some allies hinted at skepticism that would happen.

Whoever becomes chancellor will lead Germany into a new era. During Merkel’s 16 years in office, she was seen abroad not just as Germany’s leader but in many ways as Europe’s, helping steer the European Union through a series of financial and political crises and ensuring her country maintained a high profile on the international stage. It remains to be seen whether the next chancellor will match her global standing.

The unclear result, combined with an upcoming French presidential election in April, creates uncertainty – at least for now – in the two economic and political powers at the center of the EU, just as the bloc struggles with how to counter Russia and China, revamp its relationship with the United States and address questions about its future from populist leaders in eastern countries.

Scholz, the current finance minister and vice chancellor, pulled his party out of a long poll slump to win on Sunday. Laschet, the governor of North Rhine-Westphalia state, stumbled in a campaign that was strewn with missteps. But the kingmakers are likely to be the two prospective junior partners in any coalition, the environmentalist Greens and the business-friendly Free Democrats. The Greens traditionally lean toward the Social Democrats and the Free Democrats toward the Union, but neither ruled out going the other way.

"Voters have spoken very clearly,” Scholz said Monday. "They strengthened three parties – the Social Democrats, the Greens and the Free Democrats – so this is the visible mandate the citizens of this country have given: These three parties should lead the next government.” Laschet said his party also wants to lead a coalition with the two smaller parties. The only other option that would have a parliamentary majority is a repeat of the outgoing "grand coalition” of the Union and Social Democrats. That is the combination that has run Germany for 12 years of Merkel’s 16-year tenure but has often been marred by squabbling, and there is little appetite for it now.

Scholz and others were keen to dispel concerns that lengthy haggling and a new, multiparty government would mean unstable leadership in Europe’s biggest economy. "My idea is that we will be very fast in getting a result for this government, and it should be before Christmas if possible,” Scholz told reporters in Berlin.

"Germany always has coalition governments, and it was always stable.” Scholz, an experienced and pragmatic politician whose calm, no-frills style is in some ways reminiscent of Merkel’s, pointed to continuity in foreign policy. He said a priority will be "to form a stronger and more sovereign European Union.”

"But doing so means also to work very hard on the good relationship between ... the European Union and the United States,” he added.

"The trans-Atlantic partnership is of (the) essence for us in Germany ... and so you can rely on continuity in this question.” Scholz made clear that the rival Union bloc should bow out of government.

He said the bloc "received the message from citizens that they should no longer be in government, but go into opposition.” But Laschet held out the possibility that he might form a coalition despite what he called "painful losses,” for which he said he bears a "personal share” of the blame.

Other senior center-right figures were more skeptical. Markus Soeder, the more popular rival Laschet beat to secure the Union’s nomination to run for chancellor, said a second-place party has "no entitlement” to form a government, "so we can only make an offer.”

He said there can’t be an alliance with the Greens and Free Democrats "at any price.” Laschet also faces calls from within his own party to resign after a disastrous election night that saw the Union bloc lose dozens of parliamentary seats – including the constituency Merkel had held since 1990.

The Greens made significant gains in the election to finish third but fell far short of their original aim of taking the chancellery, while the Free Democrats improved slightly on a good result from 2017.

Merkel’s outgoing government will remain in office until a successor is sworn in, a process that can take weeks or even months. Merkel announced in 2018 that she wouldn’t seek a fifth term. The Free Democrats and Greens indicated they plan to speak to each other first before entertaining approaches from the bigger parties.

The Free Democrats’ leader, Christian Lindner, said he wants to discuss with the Greens whether they could "become the progressive center of a new coalition, for all our differences.”