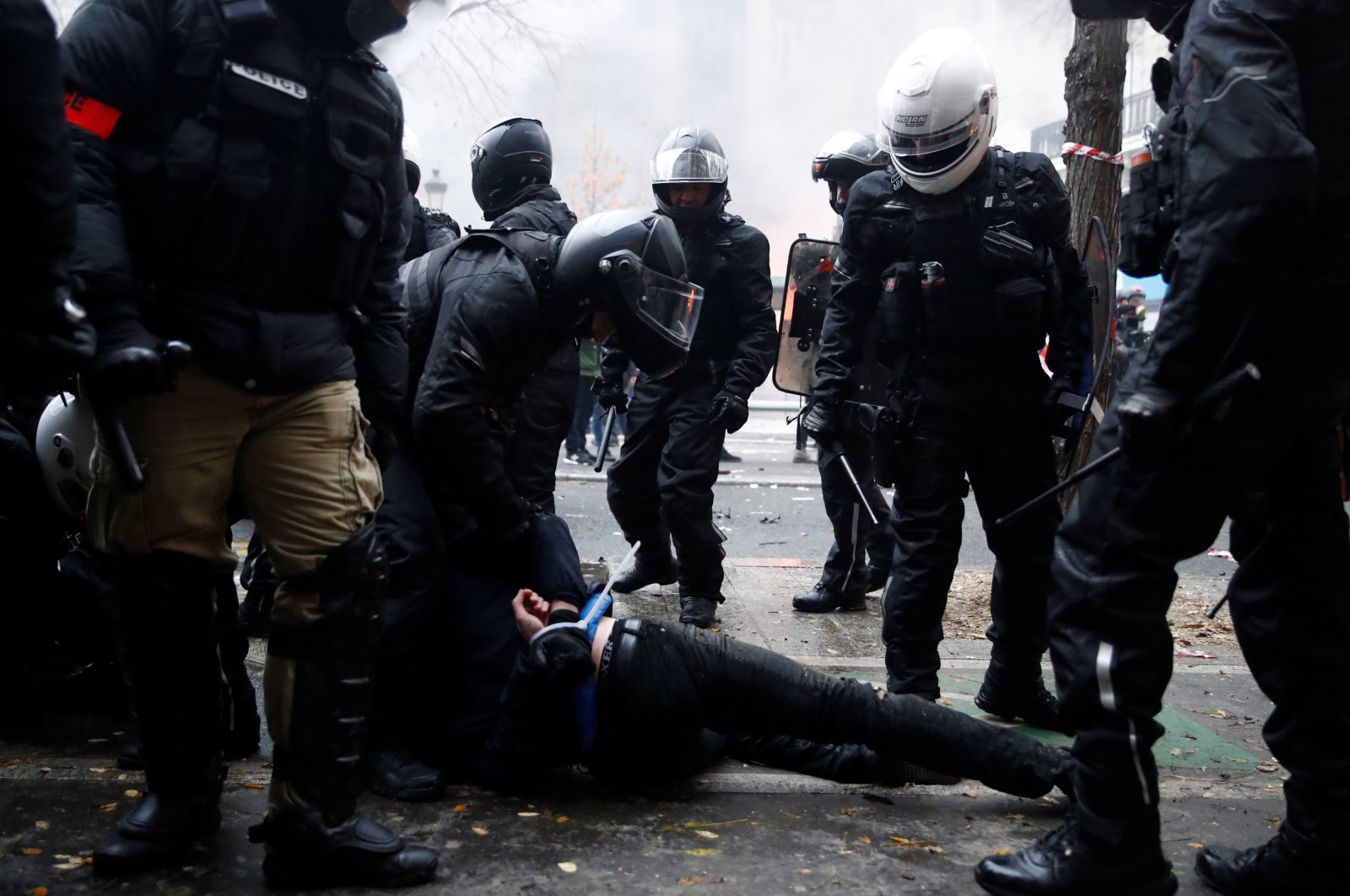 Alleged police brutality and racism have hit the news in France again after a journalist claimed to have witnessed repeated acts of violence and racism among police force while going undercover as an officer.

In addition, he said, there was deep unhappiness in the police due to poor working conditions, facilities and equipment. In his new book "Flic" ("Cop"), Valentin Gendrot recounts two years as a junior officer in the capital's northeast, which has several rough neighborhoods where crime and drug use is rife. Its publication comes as French police are facing growing calls for reform after years of claims of systematic abuse, in particular against the country's black and Arab minorities. "The violence is recurrent, it's not a daily thing, I wouldn't go that far, but in any case it is recurrent," Gendrot told Agence France-Presse (AFP) in an interview.

The 32-year-old, who has made a career of infiltrating tough jobs such as a factory line or supermarket worker, says he was given only a cursory three months of training after applying to the national police force, using his real name, in 2017. He eventually joined a police station in the 19th district of Paris in March 2019, just as the force was being roiled by claims of heavy-handed tactics against the "yellow vest" protesters staging weekly rallies against the government. During six months of serving, acts of brutality that he witnessed were "always against black people, people of Arab origin, migrants."

Accusations of brutality and racism against French police remain largely unaddressed, rights groups say. A wave of anger has swept around the world after the death of Floyd, an African-American who died after a white officer knelt on his neck for more than eight minutes. Demonstrators have taken to French streets to protest cases in which people died during arrest or while in police custody in the country.

Recent months have seen large turnouts at protests in Paris called by Assa Traore, the sister of a young black man who died in custody in 2016 in disputed circumstances. Young people in French working-class suburbs with a large immigrant population have long complained of police violence, with an upsurge in complaints during a 55-day coronavirus lockdown earlier this year. Racist comments allegedly made by police officers in a Facebook group also sparked outrage.

In addition, Gendrot said, there was deep unhappiness in the police due to poor working conditions, facilities and equipment. According to the Interior Ministry's numbers, 68 police officers took their own lives in 2018. A Senate report in 2018 said the French police suicide rate was 36% higher than the rate for France's general population but also uncovered no single reason behind the suicides.

France's national police have long complained about being overworked, underappreciated and underpaid and have tried to press their cause in the past to no avail. In addition to months of yellow vest protests, the police were called upon for extra shifts and duties following a deadly attack in December near the Strasbourg Christmas market, which led to increased surveillance around France. During the yellow vest protests, a group of French police, calling themselves "les Gyros Blues," or "the blue lights," had launched a call for demonstrations against French President Emmanuel Macron's government.