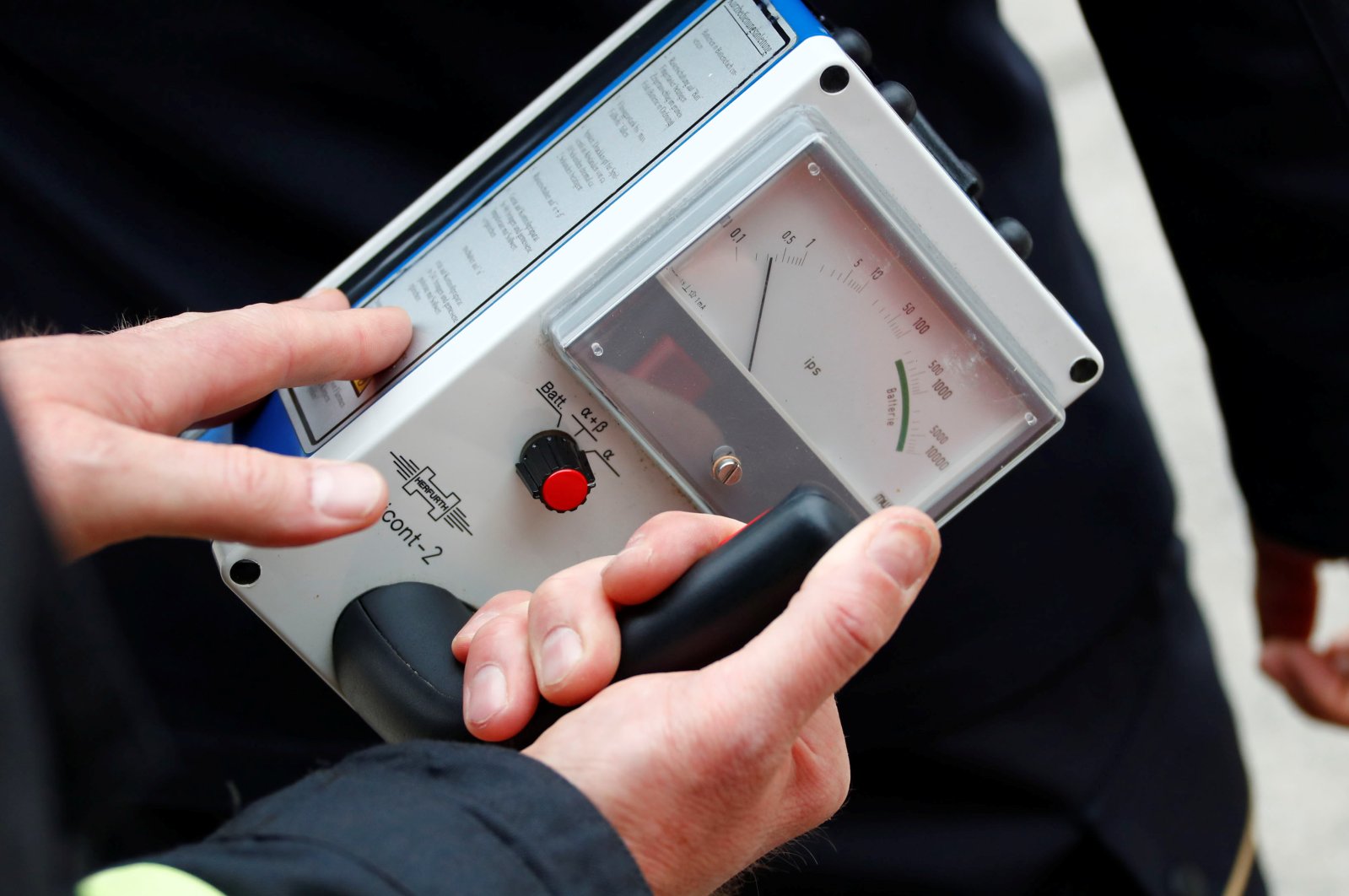 A firefighter uses a Geiger counter outside a nuclear, biological and chemical (NBC) measuring vehicle during an emergency drill called "Gamma 2017" to practise their response in case of a radioactive incident at the Helmholtz nuclear research reactor in Berlin, Germany, October 14, 2017. (Reuters Photo)
by ASSOCIATED PRESS Jun 27, 2020 5:51 pm
RECOMMENDED

Nordic authorities say they have detected slightly increased levels of radioactivity in northern Europe this month that Dutch officials said may be from a source in western Russia and may "indicate damage to a fuel element in a nuclear power plant.”

The Leningrad plant near St. Petersburg and the Kola plant near the northern city of Murmansk, "operate normally, with radiation levels being within the norm,” TASS quoted the Rosenergoatom spokesperson as saying.

Finnish, Norwegian and Swedish radiation and nuclear safety watchdogs said this week they had spotted small amounts of radioactive isotopes harmless to humans and the environment in parts of Finland, southern Scandinavia and the Arctic.

The Swedish Radiation Safety Authority said Tuesday that "it is not possible now to confirm what could be the source of the increased levels" of radioactivity or from where a cloud, or clouds, containing radioactive isotopes that had allegedly been blowing over the skies of northern Europe originated. Its Finnish and Norwegian counterparts also haven't speculated about a potential source.

But the National Institute for Public Health and the Environment in the Netherlands said Friday it had analyzed the Nordic data and that "these calculations show that the radionuclides (radioactive isotopes) come from the direction of Western Russia.”

"The radionuclides are artificial, that is to say, they are man-made. The composition of the nuclides may indicate damage to a fuel element in a nuclear power plant,” the Dutch agency said, adding that "a specific source location cannot be identified due to the limited number of measurements."

The unnamed Rosatomenergo spokesman told TASS on Saturday that radiation levels at the Leningrad and Kola power stations and their surrounding areas "remained unchanged in June, and no changes are also observed at present.”

"Both stations are working in the normal regime. There have been no complaints about the equipment," TASS reported him as saying. "No incidents related to the release of radionuclide outside containment structures have been reported.”