Up to 5,000 people quarantined after suspected coronavirus case in Germany 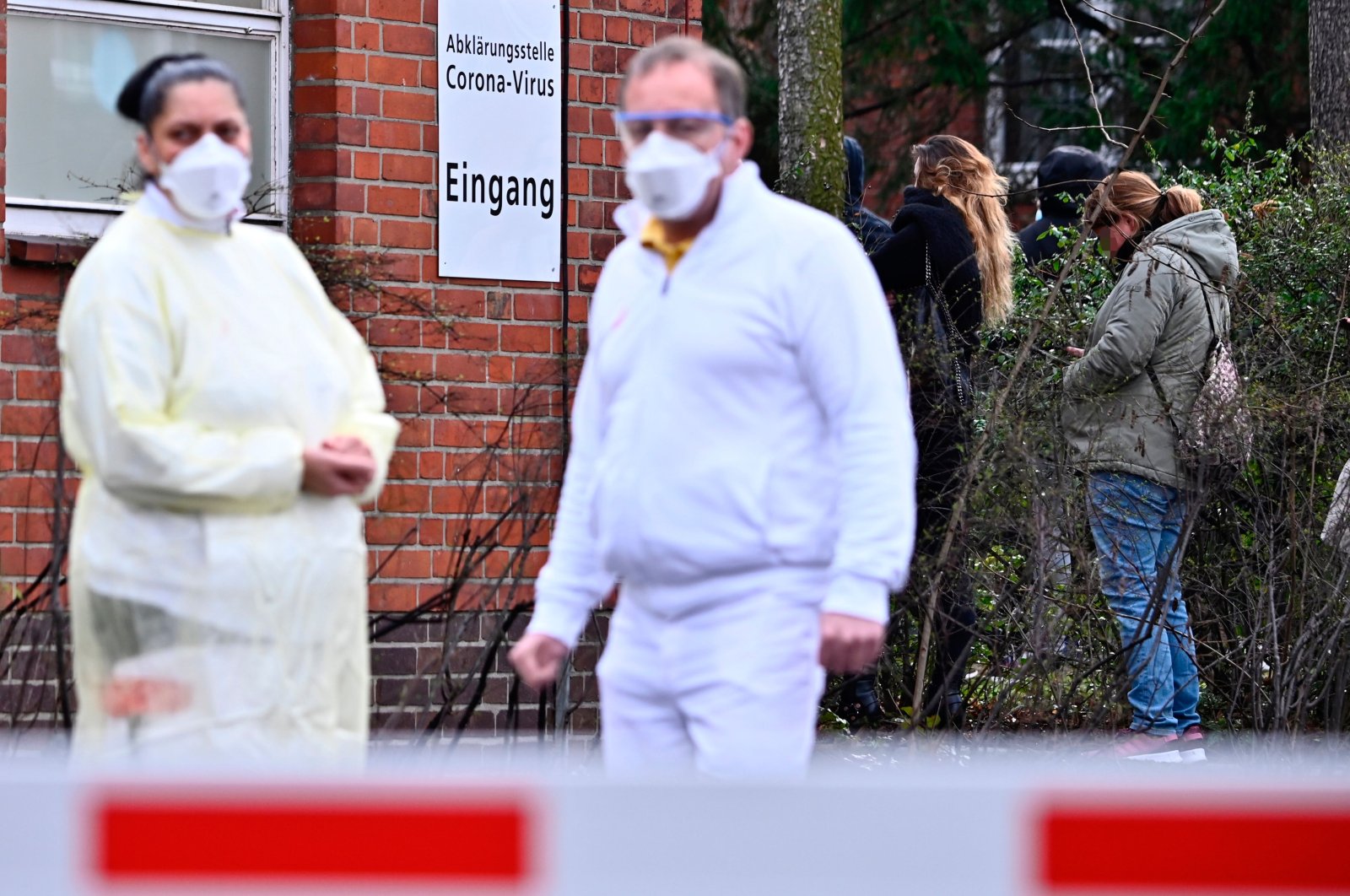 People queue at the entrance to a corona testing station at the Vivantes Wenckebach hospital in Berlin on March 9, 2020. (AFP Photo)
by German Press Agency - DPA Mar 09, 2020 6:39 pm

Between 4,000 and 5,000 people are in-home quarantine following a suspected coronavirus case in the German state of Brandenburg, a local official said Monday.

Teachers at a high school in Neustadt-Dosse, a town around 85 kilometers north-west of Berlin had contact with a woman from the capital who had tested positive for the new coronavirus, senior local official Dieter Fuchs told dpa.

The local health authority issued a quarantine order, which affects the school's 730 pupils, as well as teachers, staff and relatives.

Fuchs was unable to give the exact number of people ordered to self-quarantine. The local council would not confirm the figure of up to 5,000.

Early Monday, the Robert Koch Institute, the government agency responsible for disease control and prevention in Germany, reported that the number of confirmed cases in the country had surpassed the 1,000 mark, reaching 1,112.

So far, the western state of North-Rhine Westphalia and regions in the south have been the worst hit.