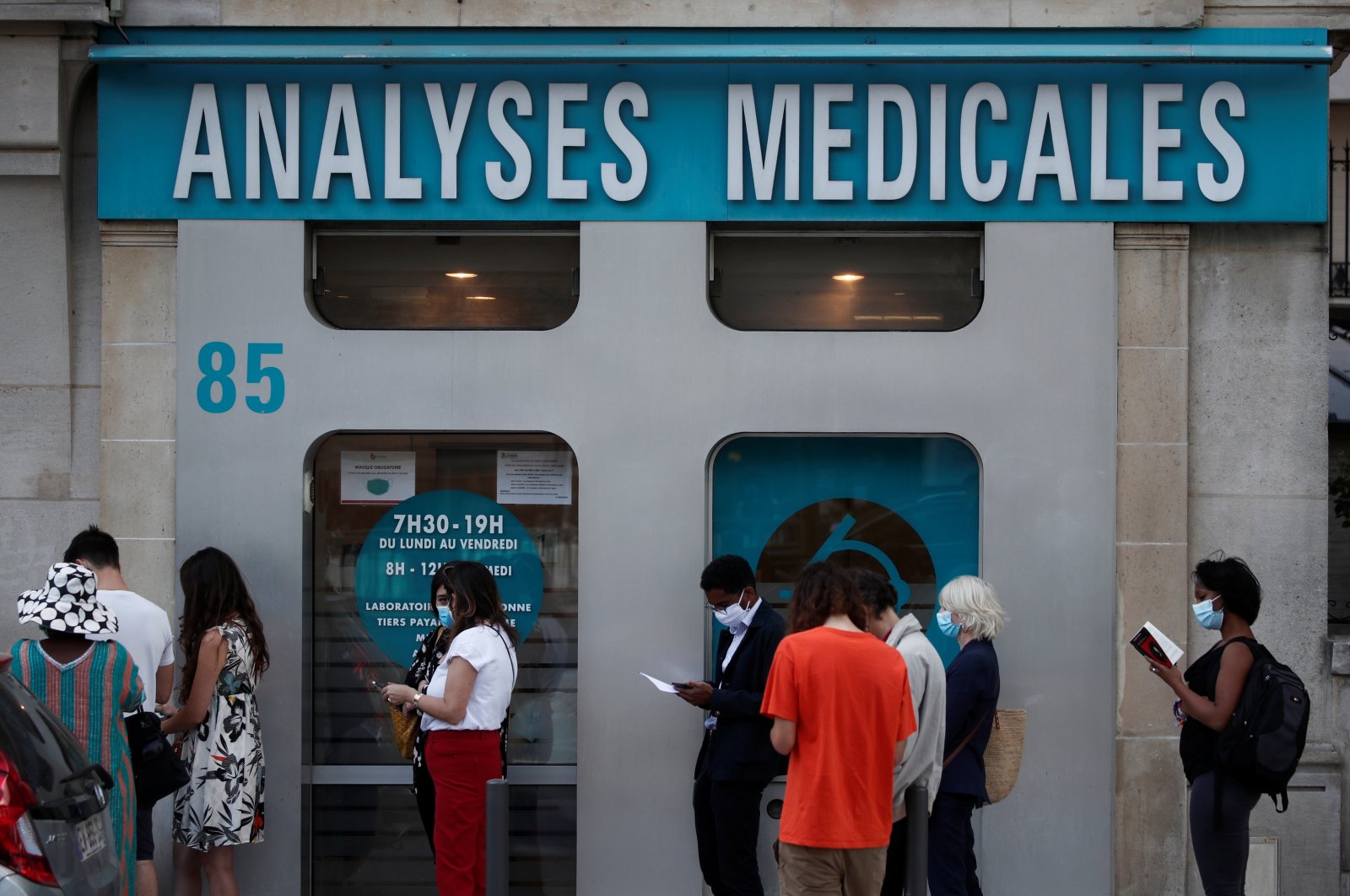 As coronavirus cases rise in several European countries, governments are scrambling to contain new emerging clusters of the virus with the worldwide death toll crossing 700,000.

In Germany, the number of confirmed daily coronavirus cases has breached the 1,000 threshold for the first time since early May, in the latest sign that slackening social distancing is raising the risk of a second wave of the disease. According to data published by the Robert Koch Institute early on Thursday morning, the number of new infections rose by 1,045 to 213,067, breaching a key psychological barrier after creeping up for weeks. The lockdown and social distancing pushed the number of new cases down to as low as 159 in mid-July but numbers have been rising since, fueled by local outbreaks.

France's daily COVID-19 infections reached the highest in more than two months on Wednesday, at 1,695, and the seven-day moving average stood above the 1,300 threshold for the first time since the end of April when the country was still in lockdown. The 1,222 daily average of cases seen since the beginning of August is now almost three times higher than June's 435 figure but still half of April's 2,585 when the pandemic was in full swing.

Parts of Belgium and Spain were labeled off-limits to tourists from Germany and Switzerland on Wednesday, as fears about the coronavirus continued to make health authorities wary about visits to certain areas. Germany's Foreign Ministry announced that tourist trips to the Belgian province of Antwerp were unadvisable, citing "renewed high infection numbers." Spain and Belgium have been among the countries in Europe worst hit by the coronavirus' spread. Spain has had about 300,000 confirmed coronavirus cases and 28,500 deaths. Belgium has seen about 70,000 cases, with about 9,800 deaths.

Europe remains the hardest-hit region with 211,764 fatalities, but the number of deaths is rising fast in Latin America, with 208,329 deaths recorded. Brazil, South America's largest country, is driving a surge in Latin America and the Caribbean. It has recorded nearly 2.9 million cases, and more than 97,000 deaths, nearly half the region's 208,329 fatalities. A medical expert stated that the country's death toll could reach 200,000 by Oct. 15 "if current trends continue," as reported by Agence France-Presse (AFP).

Elsewhere in the world, Africa’s confirmed coronavirus cases have neared 1 million. The director of the Africa Centers for Disease Control and Prevention (Africa CDC) warned that “we cannot at all exercise fatigue” in the pandemic response. John Nkengasong spoke to reporters as the continent’s cases are now at more than 992,000. More than half are in South Africa.

Africa has seen an 11% increase in cases in the past week, lower than in recent weeks, but Nkengasong says that while it is tempting to see a decrease, the numbers must be observed over several weeks to determine the real trend of infections on the continent of 1.3 billion people. Five countries account for 75% of cases: South Africa, Egypt, Nigeria, Ghana and Algeria.

In Asia, India recorded the biggest single-day coronavirus fatality count of 904 on Thursday. The country's Health Ministry said the total fatalities touched 40,699. India has recorded 20,000 deaths in the past 30 days.