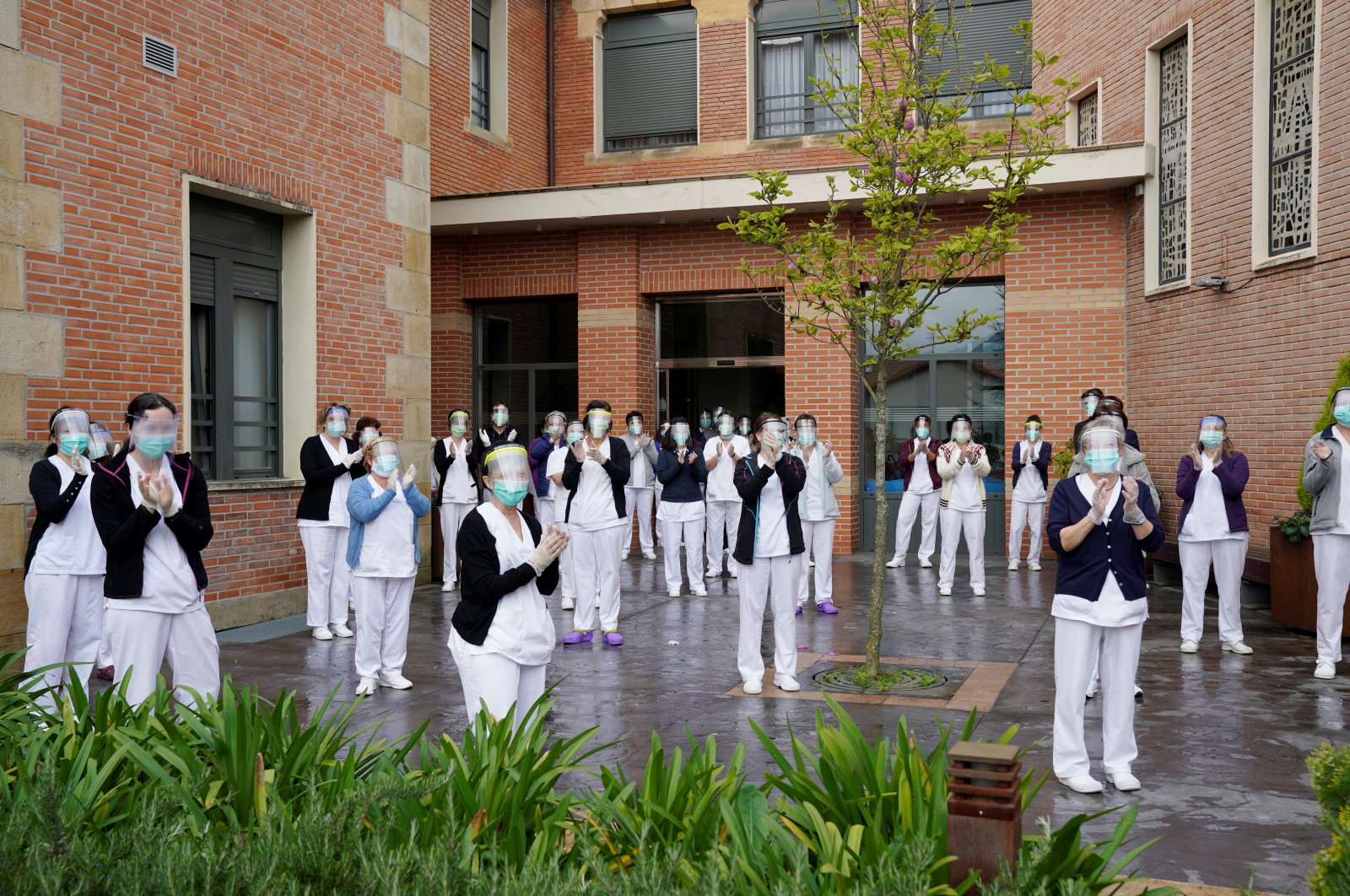 The United States and Europe saw their death tolls reach new milestones, while authorities were hoping that plateaus in deaths and new hospitalizations meant that key epicenters in the global pandemic were turning a corner.

The novel coronavirus has now killed more than 50,000 people across Europe, the European health agency ECDC said Tuesday in a grim landmark for the continent. British Prime Minister Boris Johnson's fight against the disease underscored the indiscriminate nature of COVID-19, which has restricted freedoms for some 4 billion people, wrecked the global economy and upended society.

By Tuesday, a total of 51,059 virus-related deaths had been recorded in the European Economic Area (EEA), which encompasses the European Union, Britain, Norway, Iceland and Liechtenstein, the agency said. The continent's worst-hit country had been Italy, with 16,525 deaths, followed by Spain, with 13,055 deaths. The pace of coronavirus-related deaths in Spain rose slightly for the first time in five days on Tuesday, with 743 people succumbing to the virus overnight to reach a death total of 13,798.

The U.S. has the third-highest number of reported deaths from the disease in the world, only exceeded by Italy and Spain. The death toll jumped by 1,339 in a single day to reach 10,993 on Tuesday.

Glimmers of hope flickered in the daily statistics, with U.S. President Donald Trump tweeting there was "light at the end of the tunnel." In New York state, the U.S. epicenter of the crisis, the rate of growth in the death toll appeared to be slowing, although state Gov. Andrew Cuomo warned that "now is not the time to be lax."

While the world waits for a coronavirus vaccine, medicines used to deal with the symptoms of the disease are increasingly in critically short supply in Europe, the worst-hit continent. From sedatives needed to intubate patients struggling to breathe to anti-malarial drugs heavily backed by Trump, the COVID-19 pandemic is eating up stocks.

Amid the health crisis, the World Health Organization (WHO) said in a report published Tuesday that the world is short of 5.9 million professional nurses. The United Nations body's report, called "The State of the World's Nursing 2020" and which covers 2013 to 2018, said that the "global nursing workforce" stood at 27.9 million people, 19.3 million of whom are professional nurses. The report said the "global shortage of nurses" had decreased from 6.6 million in 2016 to 5.9 million in 2018. Around 90% of the nursing workforce was female, though "few leadership positions in health are held by nurses or women."

Worldwide, more than 1.3 million people have been confirmed infected and nearly 75,000 have died, according to Johns Hopkins University. The true numbers are certainly much higher because of limited testing, different ways nations count the dead and deliberate underreporting by some governments. Deaths in the U.S. neared 11,000, with more than 368,000 confirmed infections. For most people, the virus causes mild to moderate symptoms such as fever and cough. But for some, especially older adults and the infirm, it can cause pneumonia and lead to death. More than 285,000 people have recovered from COVID-19 worldwide.