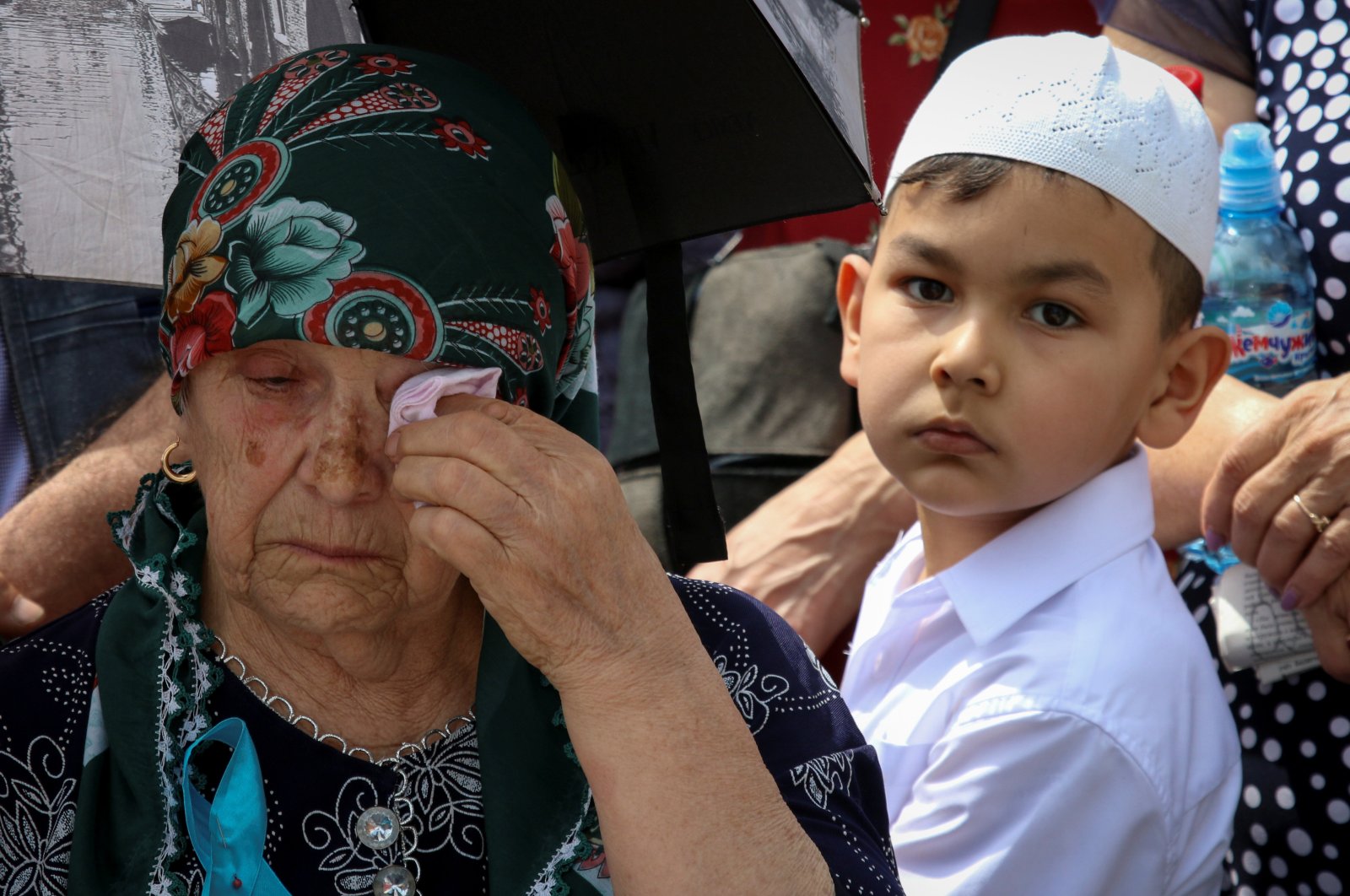 A woman reacts at a rally commemorating Crimean Tatars' mass deportations from the region in 1944, in the village of Siren in Bakhchisaray, Crimea, Ukraine, May 18, 2019. (Reuters Photo)
by Agencies Nov 20, 2020 3:38 pm
RECOMMENDED

The U.S. Mission to the United Nations (USUN) urged Russia to "immediately" stop its violations in occupied Crimea and return full control to Ukraine.

"The United States calls on Russia to immediately end its abuses in occupied Crimea, release all Ukrainians unjustly imprisoned for peaceful opposition, and return full control of the peninsula to Ukraine," the USUN said on Twitter late Thursday.

According to Anadolu Agency (AA), the mission voiced support for the people of Crimea, holding Russia responsible for severe human rights abuses.

"The Russian occupation has severely undermined the fundamental freedoms of expression, association, religion or belief, and peaceful assembly, forcing many to flee. We stand with the people of Crimea, and civil society and human rights defenders working to protect these rights," it said in a separate tweet.

"The U.S. is proud to co-sponsor and vote in favor of a resolution on the human rights situation in Crimea. The situation there remains dire as Russian occupation authorities use force and intimidation to suppress dissent and opposition," the mission concluded.

In 2014, Moscow annexed from Ukraine the Crimean peninsula on the northern end of the Black Sea, largely populated by Crimean Tatars, a move that also prompted the outbreak of a Russian-backed separatist conflict in the country's east. The international community, including the U.S. and Turkey, as well as the U.N. General Assembly, viewed the annexation as illegal.

Many Crimean Tatars, which constitute 12% of Crimea's largely ethnic Russian population of about 2 million, have felt insecure due to the possible return of Stalinist-like repression. Since the Russian takeover, Crimean Tatars have faced persecution with many cases of disappearance and torture.

Russian forces regularly raid homes, and some of the people who are imprisoned are later transferred to Russia, according to Crimean Solidarity, a Kyiv-based media organization of the Crimean Tatars. More than 13,000 people have been killed since the Moscow-backed insurgency broke out in eastern Ukraine in April 2014 following the annexation.