US Pentagon chief calls on Russia to end war with Ukraine 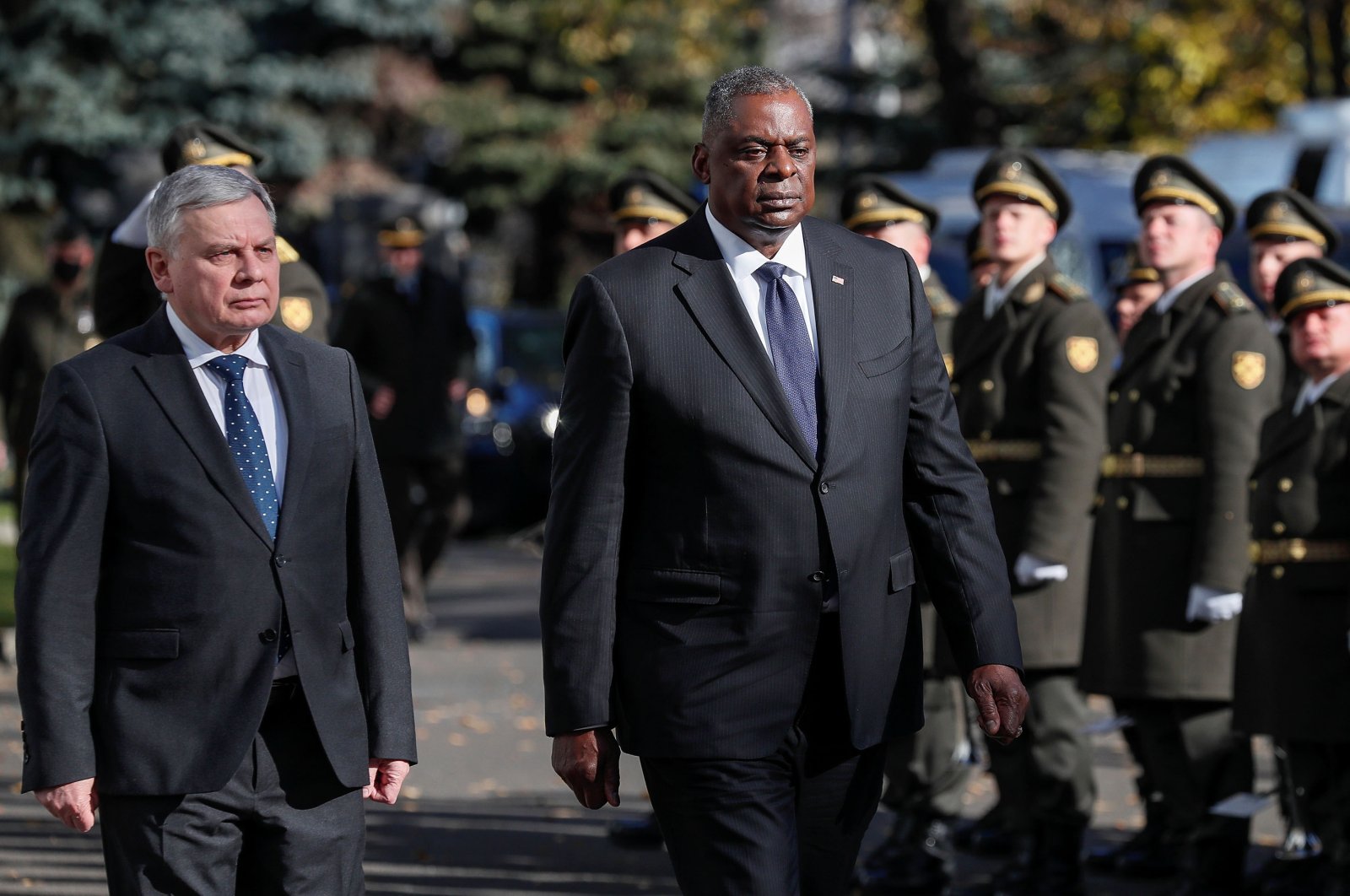 United States Defense Secretary Lloyd Austin urged Moscow Tuesday to stop prolonging the war in eastern Ukraine, on his second stop on a tour of Black Sea countries he said were threatened by Russian expansionism.

"We again call on Russia to end its occupation of Crimea and to stop perpetuating the war in eastern Ukraine, to end its destabilizing activities in the Black Sea and along Ukraine's borders," he said in a meeting with Ukraine Defense Minister Andriy Taran.

"Russia started this war and Russia is the obstacle to a peaceful resolution," he added.

Austin was in Kyiv for discussions on advancing the two countries' defense cooperation, building on the Strategic Defense Framework announced in Washington at the beginning of September.

His meetings with Taran and President Volodymyr Zelensky for the second time in less than two months were important for building cooperation among Black Sea countries, he said, including Georgia and Romania, to confront increased Russian activity in the Black Sea.

Responding to European concerns that the United States is now focusing most of its security attention on China and the Indo-Pacific region, Austin stressed: "This region remains critical to us."

"I like the minister," he added to journalists. "That's why I came back to see him so soon."

Ukraine has 'no doubts'

Taran said Ukraine remained confident in the United States despite the U.S. abandonment of Afghanistan after a 20-year war against the Taliban.

"We have no doubt in support from our strategic partner," he said.

"The United States understands the importance of Ukraine's struggle for its independence, for deterring Russian aggression."

But Taran's restatement of Ukraine's desire to graduate from a strategic partner in NATO to full member was not answered by the Pentagon defense chief.

Washington continues to fall in line with Germany and France, who see admitting Ukraine to the Atlantic alliance as a high risk given Moscow's adamant opposition to it.

Austin visited Georgia on Monday, and is due in Romania Wednesday, with the same message of solidarity and offers of continuing defense support in the face of challenges from Russia.

As well as providing weapons such as anti-tank missiles to Ukraine's fight against Russia-allied rebels in the east, the Pentagon has provided a number of patrol boats to Ukraine's Black Sea navy.