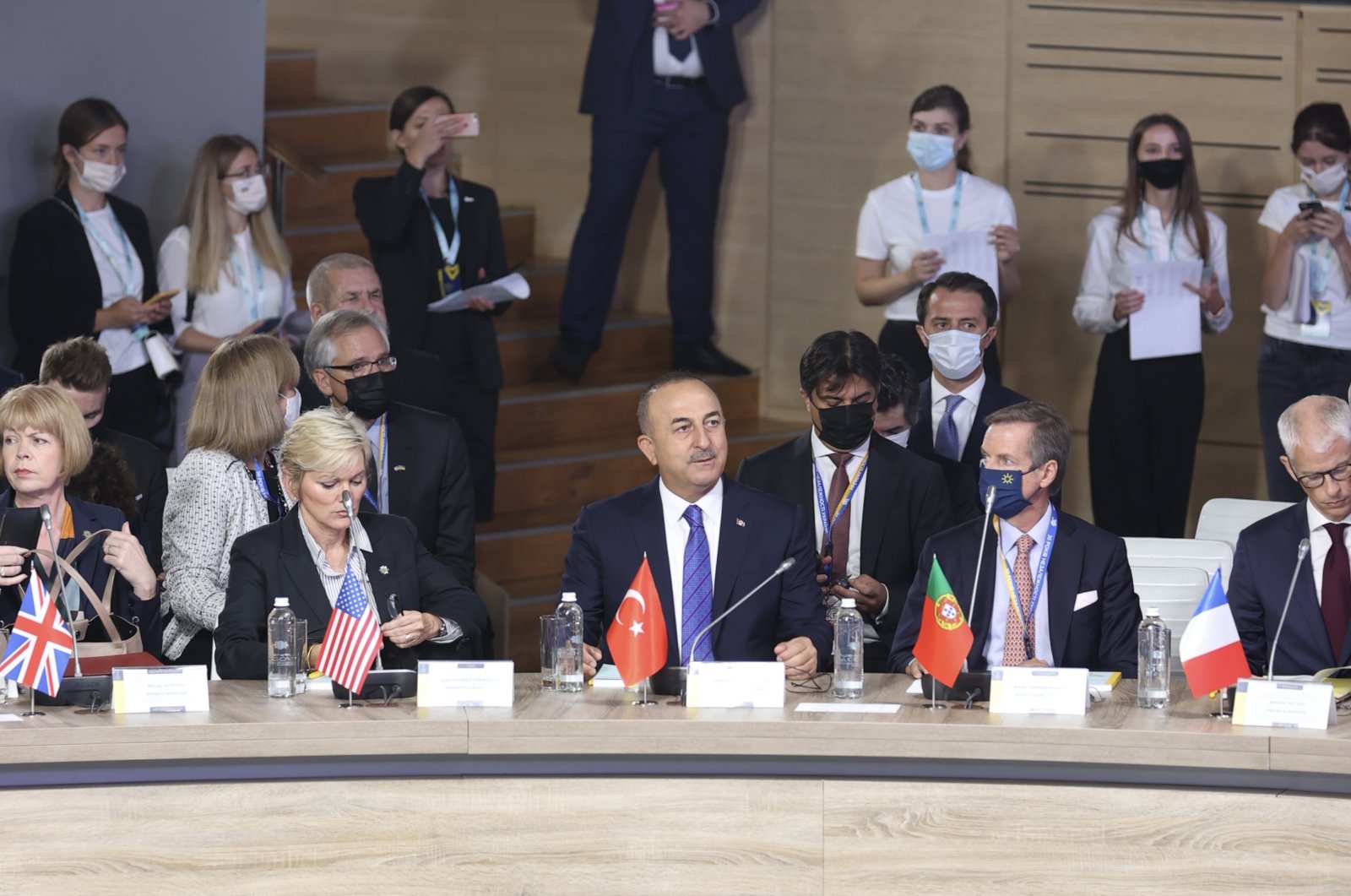 Turkey has never recognized the illegal occupation of Crimea and will not recognize it, Foreign Minister Mevlüt Çavuşoğlu stated Monday, underlining that Ankara supports Ukraine's territorial integrity. He also called on the international community to act as one against the annexation of Crimea.

Çavuşoğlu addressed reporters ahead of the Crimean Platform Summit in Ukraine's capital, Kyiv.

Noting that Turkey attended the summit to show its support for the territorial integrity of Ukraine and the importance it attaches to the rights of the Crimean Tatars, he said: "We have never recognized the illegal annexation of Crimea and we constantly emphasize that we will not. Just saying that is not enough. We express the territorial and border integrity of Crimea and Ukraine with other friendly and allied countries that support Ukraine, and we emphasize our support."

Çavuşoğlu emphasized that he believes that the platform will play an important role in defending the rights of Crimea and Crimean Tatars, and in protecting Ukraine's border integrity.

Stating that there are excellent bilateral relations between Turkey and Ukraine, Çavuşoğlu said: "We are working hard to further develop our relations in different fields. I will come to Ukraine again in October to hold the Joint Strategic Planning Meeting with my dear friend (Foreign Minister) Dmytro Kuleba."

In his speech at the summit, Çavuşoğlu also called on the international community to act as one against this violation of international law, referring to the annexation of Crimea.

Expressing his hope that the Crimean Platform will work closely with the Crimean Tatar Assembly, Çavuşoğlu said: "This platform should serve to raise global awareness of Crimea."

Noting that they attach great importance to their strategic partnership with Turkey, Natalia Lopatina, the charge d'affaires of the Ukrainian Embassy in Ankara, also told Anadolu Agency (AA) Monday: "We are grateful to Ankara for its support for Ukraine's sovereignty and territorial integrity, its unwavering stance on Russia's non-recognition of its attempt to annex Crimea, and its consistent attempts to protect the rights and interests of the Crimean Tatars."

Monday marks the start of an international summit called by Ukraine to build pressure on Russia over the annexation of Crimea, which has been denounced as illegal by most of the world. The fate of Crimean Tatars is one of the top issues at the inaugural meeting of the Crimean Platform. The Turkic Muslim ethnic group has faced a relentless crackdown by Russian authorities amid the ongoing systematic policy of discrimination and persecution.

Some of those who stayed have faced a relentless crackdown by Russian authorities, who banned the Crimean Tatars' main representative body and some religious groups. About 80 Crimean Tatars have been convicted and 15 activists have gone missing, according to Amnesty International.

In a bid to draw international attention to Crimea's plight, Ukraine established the Crimean Platform, which has its first meeting in Kyiv on Monday, drawing top officials from 44 countries and blocs, including the United States, the European Union and Turkey.

“(This) is a constant dialogue platform that is aimed to consolidate the international and Ukrainian effort in order to de-occupy Crimea,” Ukraine’s Deputy Foreign Minister Emine Dzhaparova told The Associated Press (AP).

Turkey is one of the most active supporters of the Crimea issue on the international level, Dzhaparova also said recently, expressing her hope that the upcoming Crimean Platform will strengthen global efforts for the liberation of the region.