US to deploy additional 500 troops in Germany, Austin says 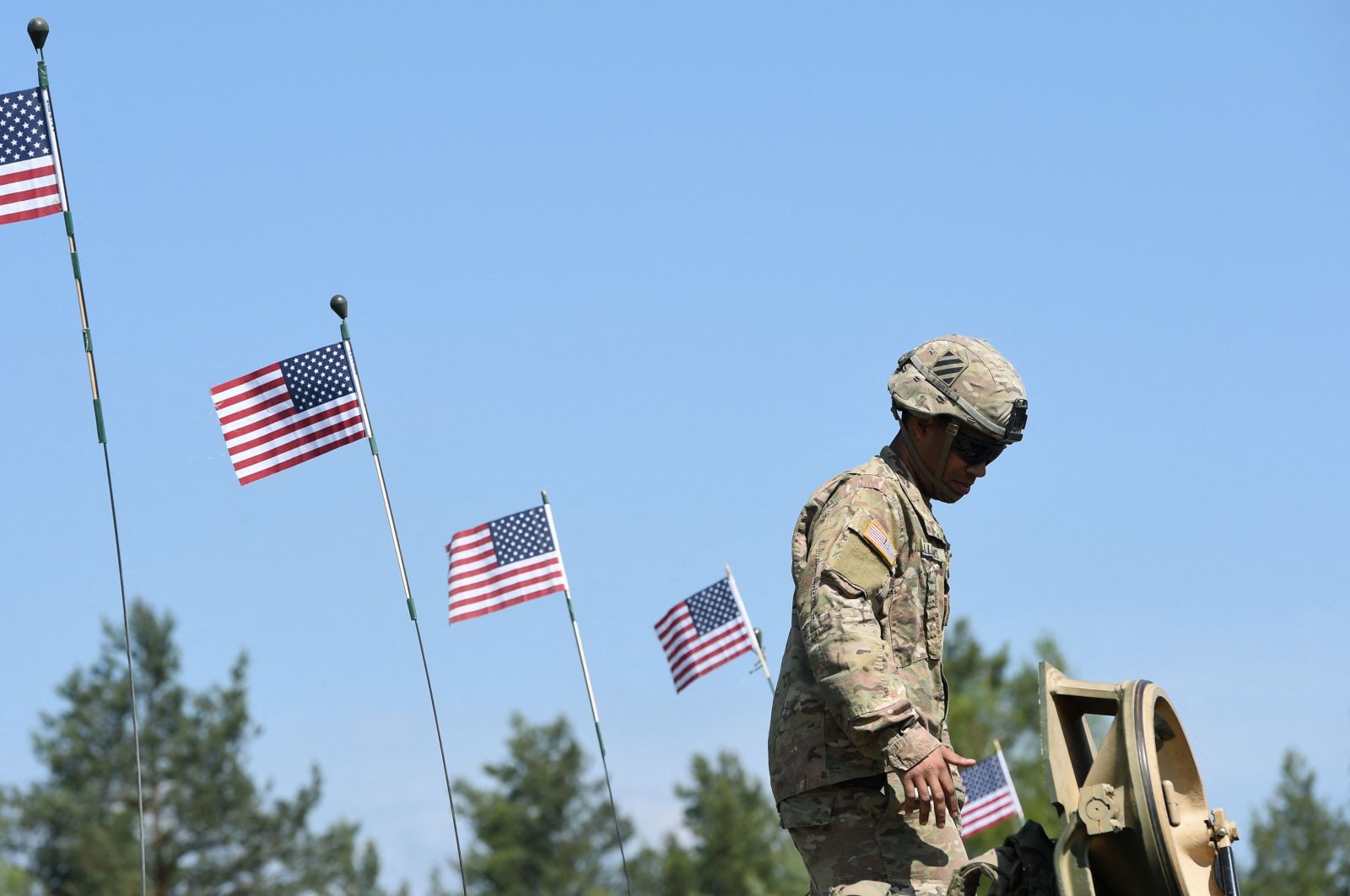 An American soldier stands next to U.S. flags at the military training area in Grafenwohr, near Eschenbach, southern Germany, May 11, 2016. (AFP Photo)
by ASSOCIATED PRESS Apr 13, 2021 1:48 pm
RECOMMENDED

The U.S. will expand its military presence in Germany by 500 troops, Defense Secretary Lloyd Austin announced Tuesday, suggesting he will not carry out a Trump administration order to withdraw thousands of them.

“This planned increase in U.S. personnel underscores our commitment to Germany and the entire NATO alliance,” Austin said in a notable counterpoint to the Trump administration’s repeated complaints that Germany is a weak partner on defense and security.

Austin made the announcement after talks with German Defense Minister Annegret Kramp-Karrenbauer on his first tour of Europe since becoming Pentagon chief in January.

Kramp-Karrenbauer welcomed the announcement as a “strong signal” of a healthy U.S.-German relationship.

They also discussed a pending decision by President Joe Biden on whether to withdraw completely from Afghanistan by May 1, a deadline the Trump administration pledged to the Taliban militants. Germany is a key part of the U.S.-led coalition in Afghanistan.

Austin said at a joint news conference with Kramp-Karrenbauer that the extra 500 U.S. troops will be stationed permanently in Germany’s Wiesbaden area as early as this fall.

“These forces will strengthen deterrence and defense in Europe. They will augment our existing abilities to prevent conflict, and, if necessary, fight and win,” Austin said in prepared remarks.

“This move will also create more space, more cyber and more electronic warfare capabilities in Europe,” he added, saying it will “greatly improve our ability to surge forces at a moment’s notice to defend our allies.”

Last year, President Donald Trump ordered the withdrawal of 12,000 troops from Germany as retribution for what he considered Germany’s refusal to spend more on its own defense. Austin suspended that move shortly after taking office. He said decisions on troop levels would be made as part of a comprehensive review of the U.S. military presence around the world, including in Europe.

Austin’s announcement on Tuesday is the first concrete indication that he may not carry out the Trump decision, which included moving the U.S. European Command headquarters from Germany to Belgium.

Asked by a reporter whether the decision to add 500 troops means Washington will not carry out Trump’s move, Austin said the Pentagon has “ceased planning” for troop reductions.

The German minister said she had Biden’s word that “there will be no troop reduction as was previously planned.”

“Today I received the pleasing announcement and assurance from secretary Austin that, instead, 500 more will be stationed here,” she said. "That’s how it should be among good friends and partners – you give each other your word and keep to it.”