US troop withdrawal from Germany sparks criticism, Warsaw hopes for move to Poland 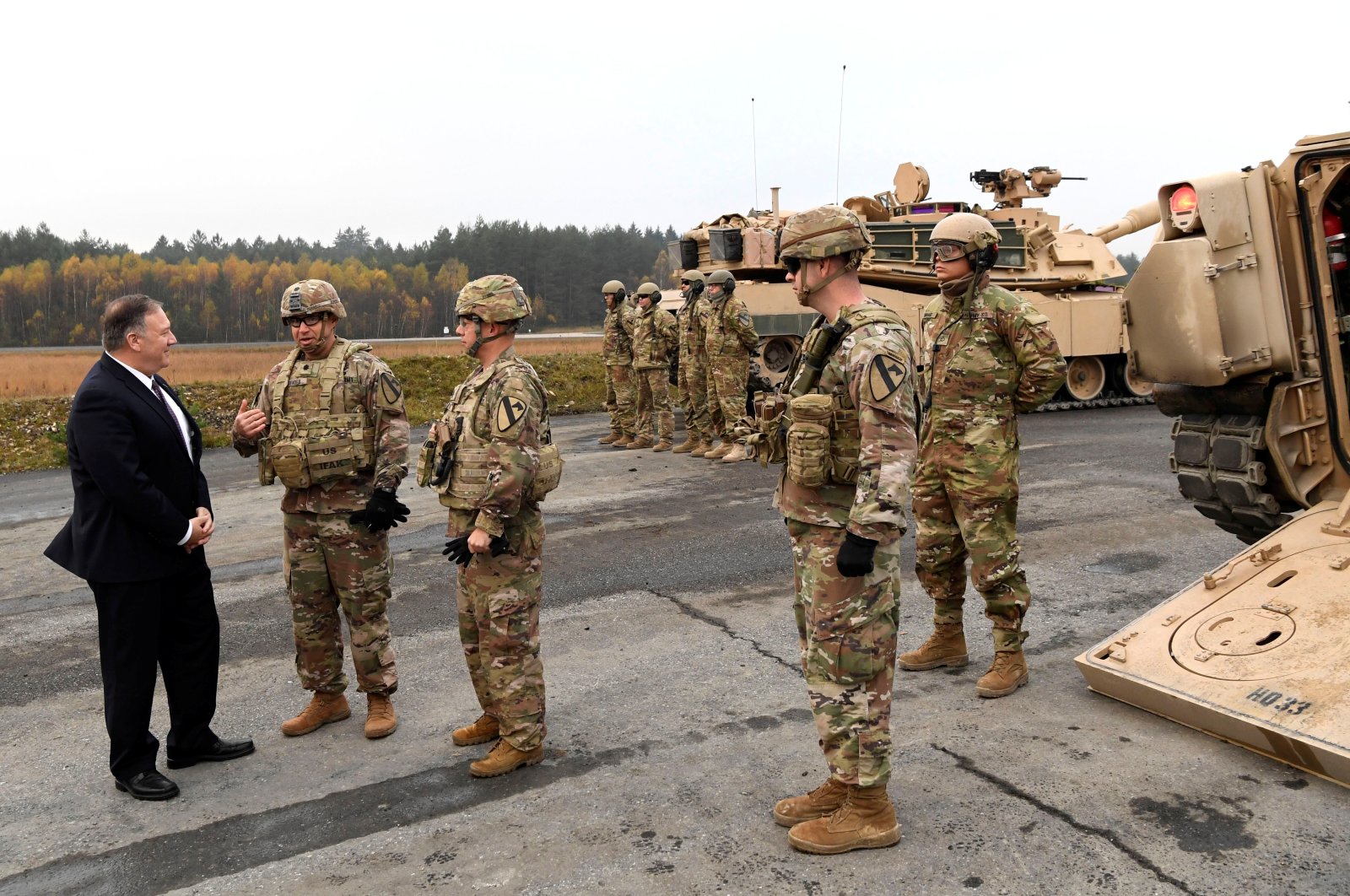 U.S. Secretary of State Mike Pompeo speaks with U.S. soldiers during his visit at American military installations in the German communities of Grafenwoehr and Vilseck, Germany November 7, 2019. (Reuters Photo)
by compiled from agencies Jun 06, 2020 1:56 pm
RECOMMENDED

Two conservative German lawmakers have criticized the reported U.S. decision to withdraw more than a quarter of American troops stationed in Germany.

The Wall Street Journal reported Friday that President Donald Trump had ordered the Pentagon to reduce the number of U.S. troops in Germany by 9,500. Currently, there are 34,500 American service members permanently assigned in Germany as part of a long-standing arrangement with America's NATO ally.

In an interview published Saturday by Germany's Funke Media Group, lawmaker Norbert Roettgen said such a troop withdrawal would be "very regrettable.”

Roettgen, a member of Chancellor Angela Merkel's center-right Union bloc who chairs the German parliament's foreign policy committee, was quoted as saying that he couldn't see "any factual reason for the withdrawal" and that U.S. soldiers were welcome in Germany.

Johann Wadephul, the deputy chairman of the Union's parliamentary caucus, said the U.S. decision to withdraw troops without consulting its NATO allies "shows once again that the Trump administration is neglecting basic leadership tasks.”

German news agency dpa quoted Wadephul as saying that Russia and China would benefit from discord within the Western alliance.

Meanwhile, Polish Prime Minister Mateusz Morawiecki said on Saturday he hoped that some of the U.S. troops that are set to be removed from Germany would be reassigned to Poland.

"I deeply hope that as a result of the many talks that we had... part of the troops based today in Germany which are being removed by the United States... will indeed come to Poland," Morawiecki told private radio RMF24. "The decision is now on the U.S. side."