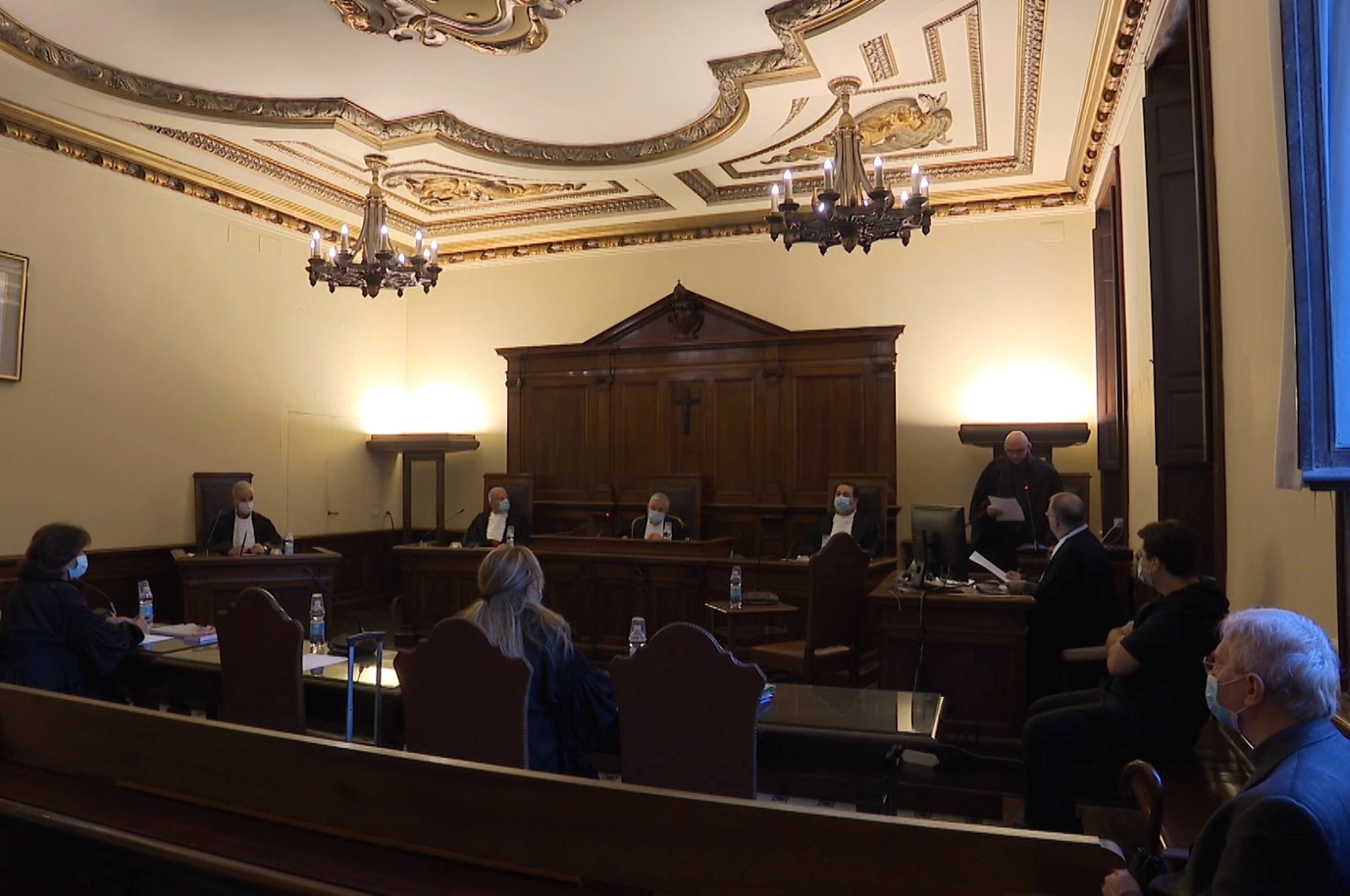 Vatican Court President Giuseppe Pignatone speaks during a hearing in the trial of two Italian priests, one charged with raping an altar boy in a youth seminary and the other of abetting and cover-up, in this still image taken from video, at the Vatican, Oct. 14, 2020. (Reuters Photo)
by ASSOCIATED PRESS Oct 14, 2020 3:29 pm
RECOMMENDED

The charges read aloud in the courtroom marked the first time the Vatican had publicly detailed its case against the two men, one of whom was himself a young seminarian at the time of the alleged abuse, 2007-2012, while the other was the then-seminary rector.

The case concerns the closed world of the St. Pius X youth seminary, a palazzo inside the Vatican walls just across the street from where Pope Francis lives and the criminal tribunal itself. The seminary, which is run by a Como, Italy-based religious association, serves as a residence for boys aged 12 to 18, who serve as altar boys at papal Masses in St. Peter’s Basilica.

The former seminary rector, the Rev. Enrico Radice, is charged with having helped Martinelli avoid investigators by telling the Como bishop that the victim’s allegations were baseless and telling Vatican prosecutors that he knew of no sexual misconduct in the seminary.

Neither Martinelli nor Radice has responded publicly to the accusations. The next hearing was scheduled for Oct. 27, when both defendants are expected to take the stand.

The charges suggested that Radice’s alleged cover-up went beyond what was previously known and put into question Martinelli’s very ordination. Prosecutors say Radice not only helped Martinelli evade investigators in the years prior to becoming a priest but also falsified a letter from the Como bishop announcing Martinelli’s imminent ordination.