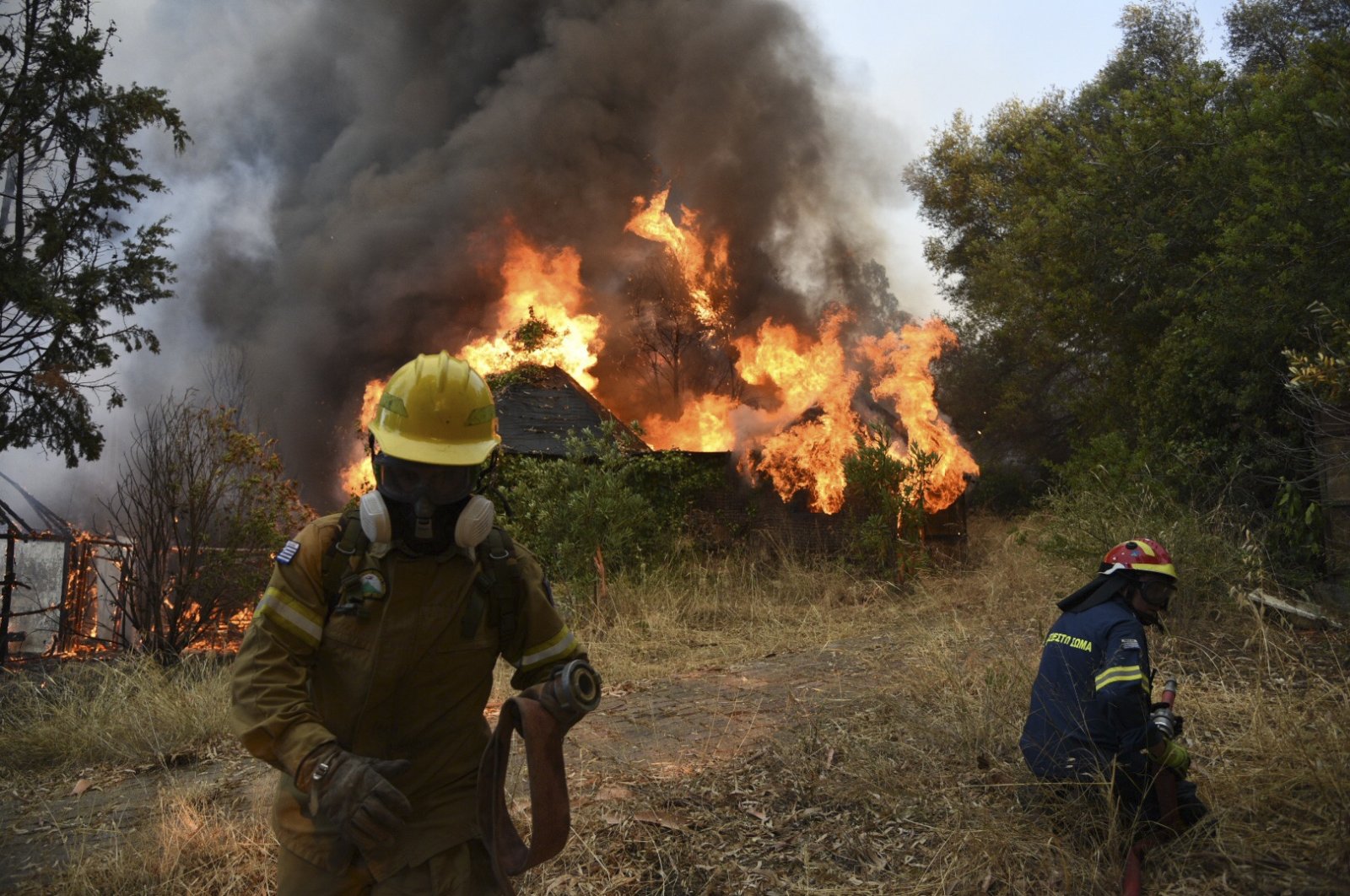 Four villages and a beach were evacuated Saturday by the fire service, the coast guard and private boats after a wildfire that broke out in western Greece.

The Civil Protection Agency used the European emergency number 112 to send text messages to the residents of four villages – two in the mountains and two by the sea – to evacuate. Local media reported that some villagers refused to leave and were trying to fight the fire with garden hoses.

Firefighters told The Associated Press (AP) that the fire was a large one, advancing on multiple fronts, although winds had abated somewhat.

Chrysochoidis said on state TV ERT that 290 firefighters were fighting the fire, along with eight planes, seven helicopters and a fire service special forces boat, which helped evacuate beach-goers and others trapped by the fire near the sea. Coast guard vessels and private boats helped in the evacuation.

The fire shut down the Athens-Patras highway and the 2.9-kilometer (1.8 miles) Rio-Antirrio bridge west of the fire.

A total of 56 wildfires have broken out in the past 24 hours in Greece, aided by a combination of dry weather, a heat wave and strong winds. Most were put out at an early stage, Chrysochoidis said.

The heat wave is expected to peak Monday, with temperatures inland ranging from 42 to 46 degrees Celsius (107.6 to 114.8 Fahrenheit). Temperatures will remain at 40 Celsius or above in much of Greece until at least Friday, meteorologists say.