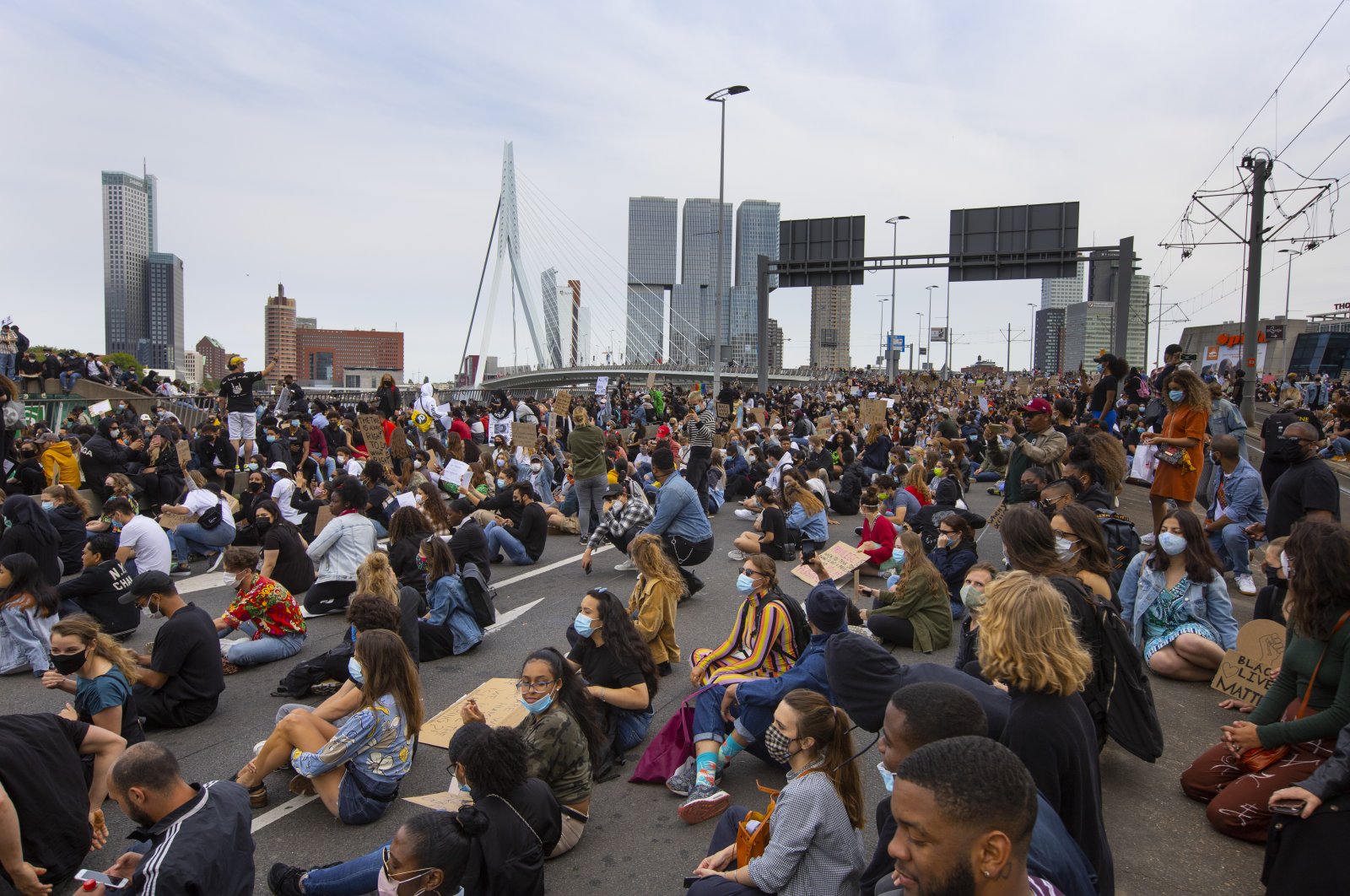 Thousands of demonstrators had been told by police using megaphones to go home because the rally in the Dutch port of Rotterdam over the death of George Floyd in the U.S. had become too crowded.

"In some places there was unrest caused by groups of people who didn't leave," the police said on Twitter. "Windows were smashed, fences and bar furniture were destroyed. The police intervened where necessary."

The gathering in Rotterdam is the latest of several large protests in the Netherlands in response to the death last week of Floyd, a black man whose death in police custody inspired the biggest wave of unrest in the U.S. since the 1960s.

Asked at his weekly press conference how he viewed the images out of the U.S., where police deployed tear gas and rubber bullets on some crowds, Dutch Prime Minister Mark Rutte said they were "shocking images."

"What happened there with the death of George Floyd is unacceptable in every way and it is not only the U.S. where people live who feel they are not counted fully in society," he said. "This is also a Dutch problem, here we also have racism and discrimination."