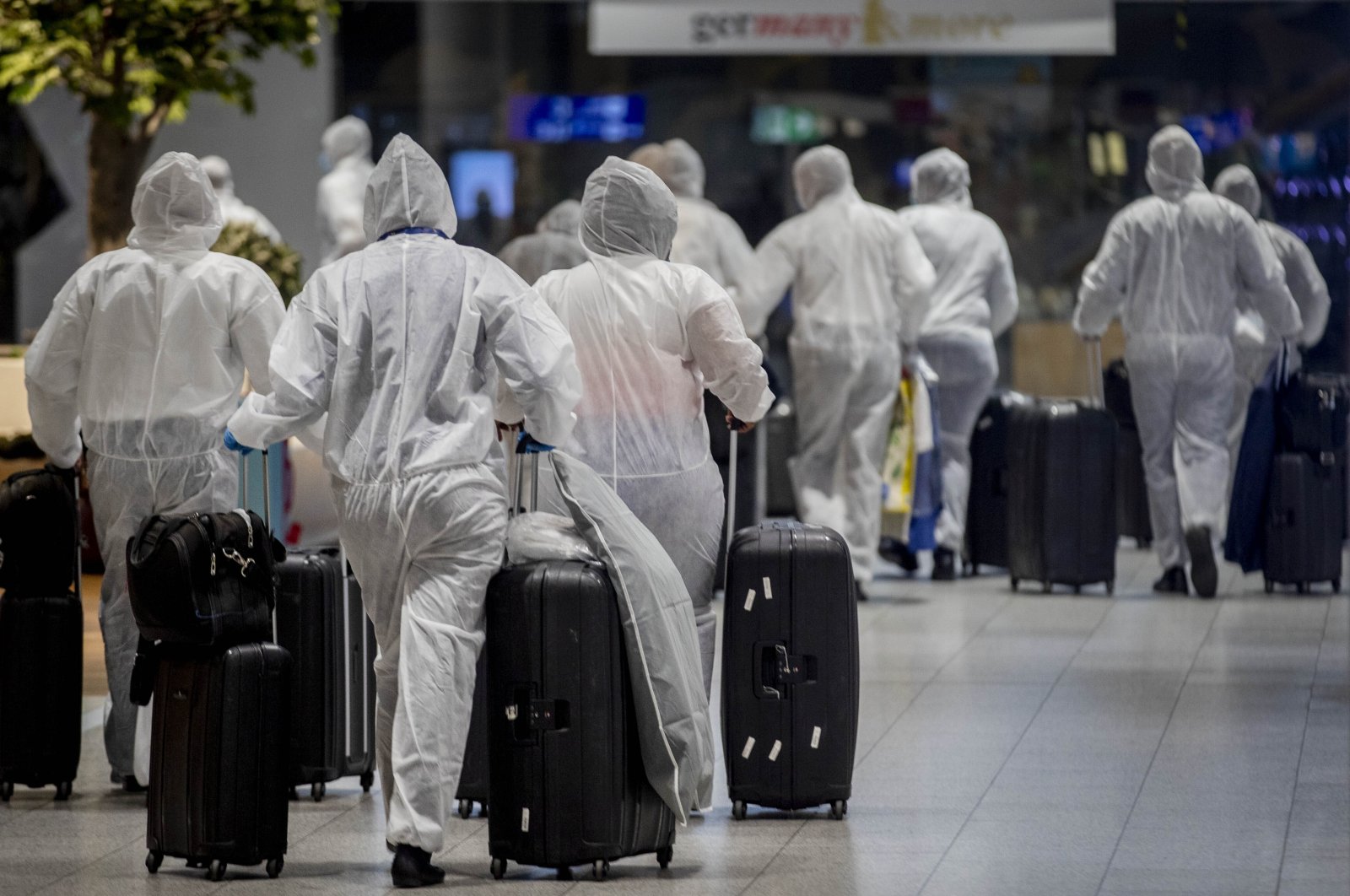 Coronavirus deaths surged past 100,000 in Europe as the world's top musicians joined forces for a virtual concert, hoping to spread cheer to billions stuck at home under lockdown.

The event, set up by advocacy group Global Citizen with the World Health Organization (WHO), aimed to cultivate a sense of community during the pandemic, which has ravaged the global economy with nearly 2.3 million confirmed infections in total.

The highly contagious disease first emerged late last year in the city of Wuhan in central China. It was likely transmitted to humans at a market where exotic animals were slaughtered, Chinese scientists have said.

Conspiracy theories that the virus came from a maximum-security laboratory have been brought into the mainstream in recent days by U.S. government officials.

The U.S. has the highest caseload of any country, with more than 735,000 confirmed infections, and by Sunday had lost 38,910 people to the virus, according to a tally from Johns Hopkins University.

Progress was marked in some places, with New York state reporting the lowest number of deaths in weeks, which Gov. Andrew Cuomo attributed largely to social distancing.

But as Americans and others around the world chafe after weeks under stay-at-home orders, resentment is rising.

Anti-lockdown protests on Saturday drew hundreds of people at the capitols of states including Texas, Maryland, New Hampshire and Ohio. Many demonstrators waved American flags and some carried firearms.

The small but spreading movement demanding a quick end to state-ordered confinement drew encouragement from President Donald Trump, who tweeted that three states should be "liberated" from the stay-home orders.

The president has called for a rapid return to normality to limit damage to the U.S. economy, while largely leaving the final decision on easing lockdowns to state officials.

At a White House briefing, Trump also warned that China could face consequences if it was "knowingly responsible" for the coronavirus outbreak.

"It could have been stopped in China before it started, and it wasn't," Trump said. "And now the whole world is suffering."

"If it was a mistake, a mistake is a mistake," he said. "But if they were knowingly responsible, yeah, then there should be consequences."