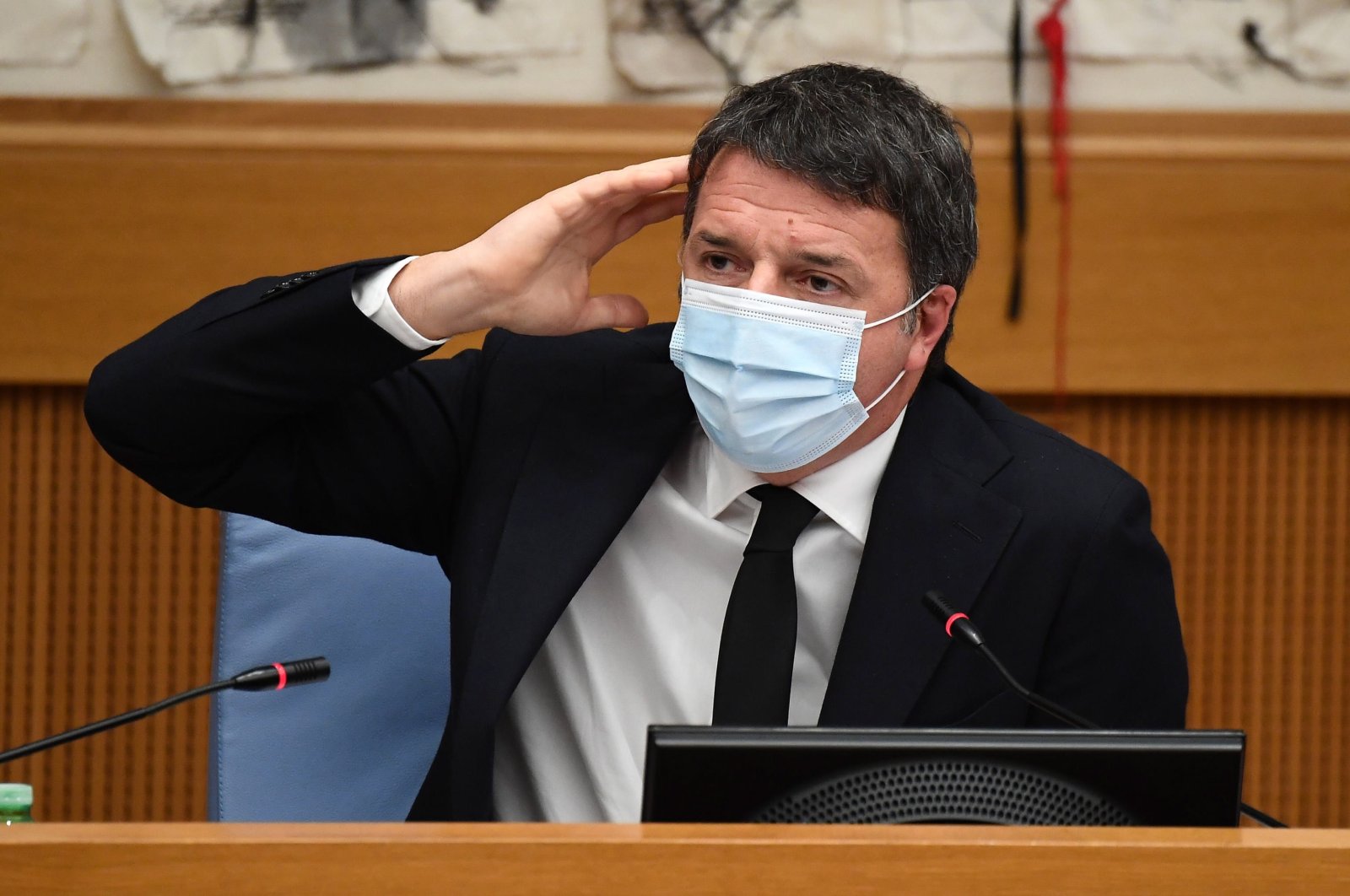 Italy was plunged into political crisis Wednesday after former premier Matteo Renzi withdrew from the ruling coalition, risking the collapse of the government in the middle of a raging coronavirus pandemic.

Renzi announced the resignation of two cabinet ministers and a junior minister from his Italia Viva party, in a split that deprives Prime Minister Giuseppe Conte of his parliamentary majority.

Tensions between the two men had been rising for weeks over the handling of the COVID-19 outbreak that has claimed more than 80,000 lives in Italy.

They came to a head over plans to spend more than 200 billion euros ($243.15 billion) in European Union recovery funds, that Renzi warned risked being wasted.

But critics accused him of seeking more power for his party, which is polling at just 3% – and warned that now is not the time.

Conte had earlier Wednesday visited President Sergio Mattarella, the ultimate arbiter of Italian political crises, to find a way out of the impasse.

"For sure, the country would definitely not understand a crisis ... people are asking us to go on, in such a complex, difficult situation," Conte warned.

At a news conference in Rome, Renzi said he would still support the government on help for businesses and measures to stem the spread of COVID-19.

He held out an olive branch to Conte, saying that how the crisis panned out was "up to the prime minister".

"We are ready for all kinds of discussions," he said.

Conte had earlier suggested that the coalition could regroup around a new pact to last until the next parliamentary elections due in 2023.

There are two ways out of the crisis that could avoid the nuclear option of snap elections.

The prime minister could seek a vote of confidence in parliament, in the hope of securing enough support from opposition lawmakers to fill Renzi's place.

Italia Viva's 18 senators hold the balance of power in the Senate, although Conte's majority is solid in the lower house, the Chamber of Deputies.

Conte could otherwise resign and seek a quick reappointment from Mattarella at the head of a reshuffled cabinet that gives Renzi bigger jobs.

But the Italia Viva leader said once Conte quits, his old coalition could also agree on a new figurehead. "There is not just one name," he said.

"All options are open," said Lorenzo Castellani, a political expert at Rome's University of Luiss.

He suggested any new government would still include the main parties in the current coalition, notably the populist Five Star Movement (M5S) and the center-left Democratic Party (PD).

Both have so far stood by Conte and a leading PD member, former minister Andrea Orlando, was quick to condemn Renzi's move, saying it was "a serious mistake done by a few which we will all pay for."

Health Minister Roberto Speranza warned earlier that it would be "unforgivable" to distract the government's focus now.

"Let's keep political infighting, real or presumed electoral tensions, far and separate from the health of Italians," he told the lower parliamentary chamber.

But Renzi insisted he was right to argue for changes for the 222.9-billion-euro recovery plan, which was approved by the cabinet late Tuesday – although the Italia Viva ministers abstained.