Voters in Spain’s Catalonia to test pandemic's impact on separatism 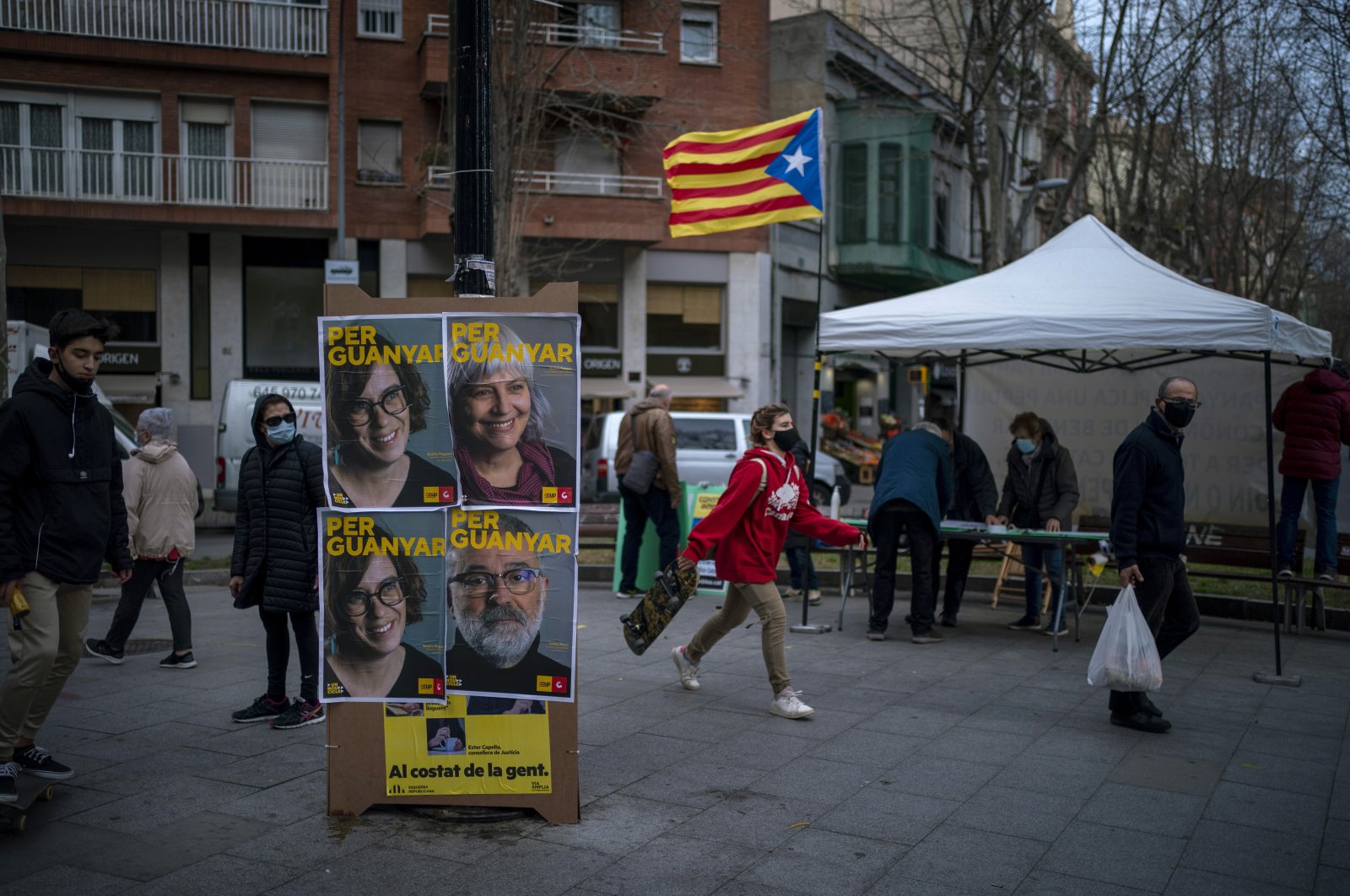 Over 5 million voters will be called to the polls Sunday in Spain’s northeast Catalonia for an election that will measure the impact of the coronavirus pandemic on the restive region’s secessionist movement.

Pro-independence lawmakers have held power in the regional government based in Barcelona for the past decade. And although pro-union Socialist Salvador Illa, Spain's former health minister, is hoping to end the separatists’ hegemony on local power, the outcome is far from clear according to the polls.

Participation in the election will likely be lowered by a worrying rate of COVID-19 infections. As of Wednesday, Catalonia was reporting an accumulated incidence rate of 391 cases per 100,000 inhabitants in the past two weeks, which while below Spain’s current average is still considered dangerous by epidemiologists. More than 9,000 of Spain’s confirmed total of 63,000 virus deaths were in Catalonia.

The election comes after authorities had to tighten restrictions on social activities to stem another surge in infections. So while Catalans will be free to vote all day on Sunday, eating establishments will still only open for breakfast and lunch and a curfew will send everyone home by 10 p.m. Interim regional president Pere Aragones had wanted to postpone the election that he had called before a post-Christmas surge in infections, but a court ruled that it should go forward.

Two other Spanish regions postponed elections in the summer until contagion rates dropped. Neighboring Portugal, which is being hammered by the virus, held a national election last month. Catalan authorities are taking extra precautions, including using traditional food markets, sports pavilions, and an old bull ring in the city of Tarragona, which are better ventilated, as polling stations for the first time.

"We can guarantee that the polling stations will be safe,” Bernat Sole, the leading Catalan government official in charge of the vote’s preparations, said this week. While mail-in voting is up to a record 284,000 requests, voters are being encouraged to stagger their voting throughout the day.

Those particularly vulnerable to COVID-19 are encouraged to vote between 9 a.m. and noon. The general population is supposed to vote from noon until 7 p.m. That leaves the final hour until polls close at 8 p.m. for those voters who are either infected or quarantined due to recent contact with an infected person. Poll workers will be provided with high-grade face masks, as well as a full protection suit – gloves, body covering, and face shield – for use during that final hour when the contagion risk is the highest. Authorities have also made 80,000 tests available for workers who want to be tested before election day.

This election will be the first since an incredibly divisive vote in 2017 in the aftermath of a failed attempt by a secessionist-controlled Catalan government to declare independence from the rest of Spain. Pro-secession forces maintained a slim majority, holding 70 seats in the 135-member chamber, in that December 2017 vote but on less than half of the popular vote thanks to election laws that give more weight to underpopulated areas. With nine parties running, no single one is expected to win an outright majority. Political observers expect that the secession question will still hold sway over the electorate and only further entrench the roughly equal split in the population. "I don’t think much will change,” said Ana Sofia Cardenal, political science professor at the Open University of Catalonia.

"The separatists will still be the most mobilized part of the electorate, and they will likely win another majority of seats, but not in votes.” The two main pro-secession parties, Aragones’ left-wing Republic Left of Catalonia and the center-right Together for Catalonia, will be vying to see which can claim the leadership of the forces who want an independent Catalan state between Spain and France.

However, unlike in recent years, they are not promising another breakaway bid in the short term. In-fighting between the two parties, which had formed a coalition government, eventually led to Sunday’s early election. Their immediate goal is a government amnesty for the jailed leaders of the 2017 secession attempt. Illa, who stepped down from the Health Ministry last month, is poised to greatly boost the Socialist Party of Spanish Prime Minister Pedro Sanchez and lead the bloc of pro-union parties.

The Socialists are forecast to inflict big losses on the liberal Citizens, which failed to capitalize on its victory in the 2017 election and was left in the opposition. The new actor in the race is the far-right Vox party, which is set to enter the regional chamber for the first time, likely at the expense of the traditional conservative Popular Party, the leading opposition to Sanchez’s left-wing government on the national level.