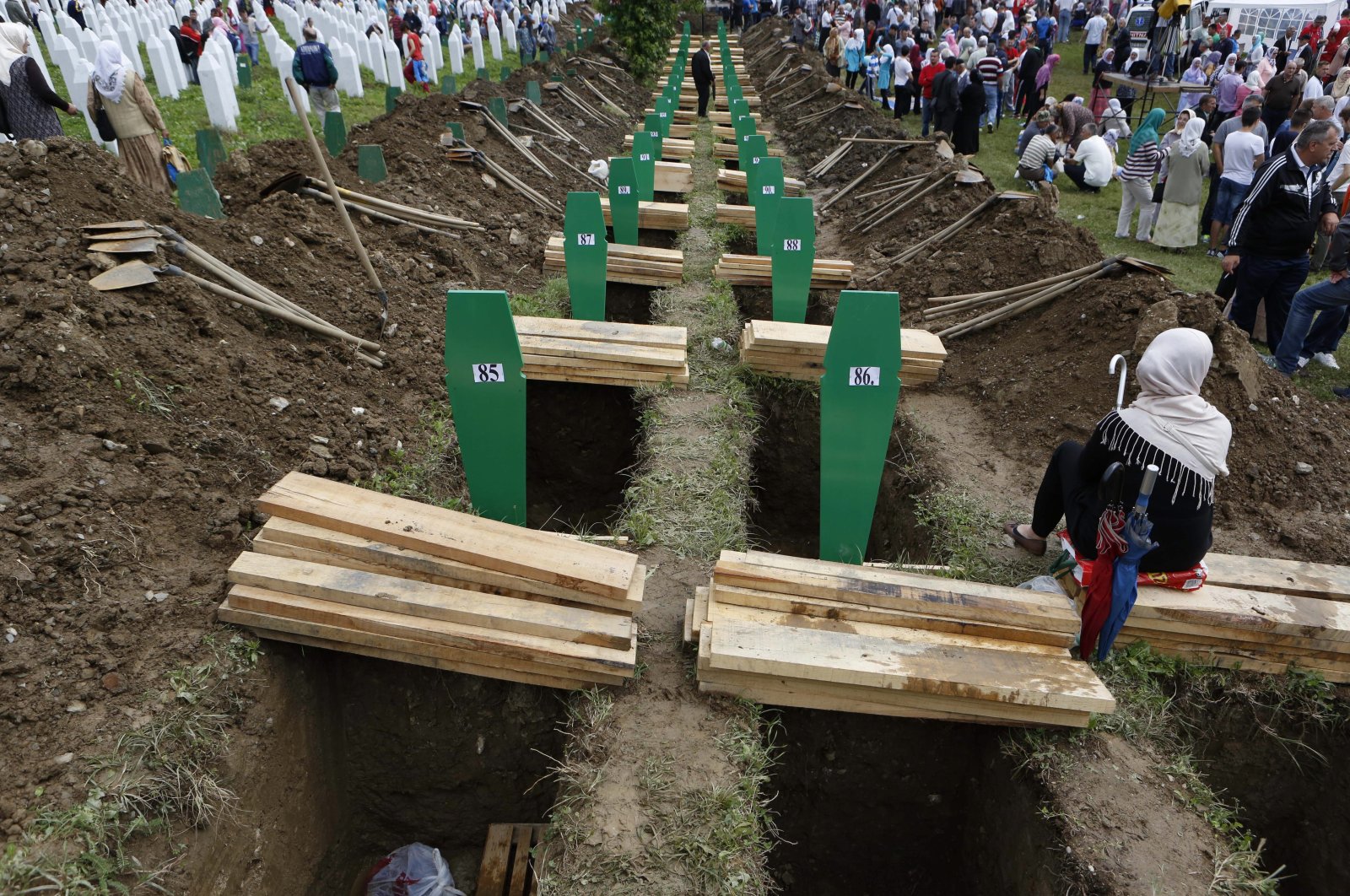 Bosniak people walk among the graves of victims of the Srebrenica massacre during a memorial ceremony in Srebrenica, Bosnia-Herzegovina, Friday, July 11, 2014. (AP Photo)
by Agencies Dec 29, 2021 3:11 pm
RECOMMENDED

A Bosnian war crimes prosecutor has indicted nine Bosnian Serbs for the killing of around 100 Muslim Bosniaks, including seven entire families, early in the 1992-95 war, the prosecutor's office said in a statement on Wednesday.

Twenty-six years after the end of the devastating war between Orthodox Serbs, Catholic Croats and Muslim Bosniaks in which about 100,000 people died, Bosnia-Herzegovina is still searching for people who went missing and seeking justice against the suspected perpetrators.

At the same time, the Balkan country is going through its worst post-war political crisis, with Bosnian Serb leaders' threat of pulling out of Bosnia-Herzegovina's national institutions, including the joint armed forces, raising fears of a new conflict.

The nine men, the former members and commanders of the Bosnian Serb wartime army, are accused of killing the Bosniak civilians from the area around the southeastern Bosnian town of Nevesinje, including dozens of women, elderly people and small children.

The prosecutor's office said seven families were among those killed in the summer of 1992. The remains of 49 people have been found while 47 people are still unaccounted for. Bosnia's state court will need to confirm the indictment for the case to proceed.

The United Nations Security Council declared Srebrenica a "safe area” in the spring of 1993, but troops led by Gen. Mladic overran the U.N. zone. Mladic was later found guilty of war crimes, crimes against humanity and genocide. On July 11, 1995, the Dutch troops failed to act as Serb forces occupied the area, killing 2,000 men and boys in a day. More than 20,000 women and children were forcibly expelled from their homes.

Bodies of victims have been found in 570 different areas across the country. In 2007, the International Court of Justice at The Hague ruled that genocide had been committed in Srebrenica. On June 8, the U.N. tribunal judges upheld a second-instance trial and sentenced Mladic to life in prison for the genocide, persecution, crimes against humanity, extermination, and other war crimes Bosnia-Herzegovina.