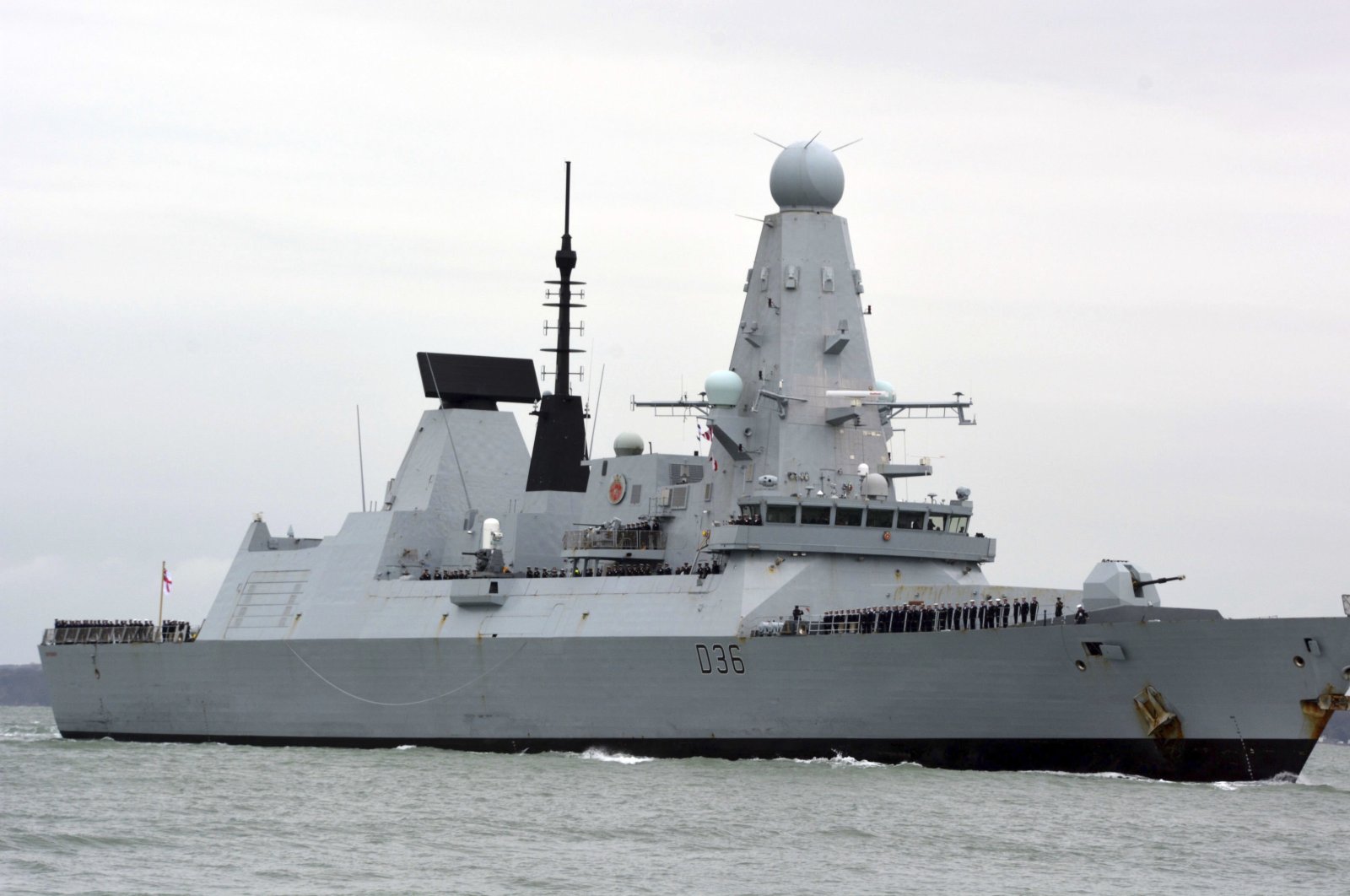 HMS Defender in Portsmouth, England, March 20, 2020. The Russian military said its warship had fired warning shots and a warplane dropped bombs to force the British destroyer from Russia's waters near Crimea in the Black Sea. (AP File Photo)
by REUTERS Nov 13, 2021 1:33 pm
RECOMMENDED

As traditional diplomatic tools are no longer available, there is a greater risk of an accidental war breaking out between the West and Russia than at any time since the Cold War, Britain's most senior military officer said.

General Nick Carter, chief of the defense staff, told Times Radio there was a greater risk of tensions in the new era of a "multipolar world," where governments compete for different objectives and different agendas.

"I think we have to be careful that people don't end up allowing the bellicose nature of some of our politics to end up in a position where escalation leads to miscalculation," he said in an interview to be broadcast on Sunday.

Tensions have been mounting in eastern Europe in recent weeks after the European Union accused Belarus of flying in thousands of migrants to engineer a humanitarian crisis on its border with EU-member state Poland, a dispute that threatens to draw in Russia and NATO.

President Vladimir Putin said on Saturday that unscheduled NATO drills in the Black Sea posed a serious challenge for Moscow and that Russia had nothing to do with the crisis on close ally Belarus's border with the bloc.

Carter said authoritarian rivals were willing to use any tool at their disposal, such as migrants, surging gas prices, proxy forces or cyber attacks. "The character of warfare has changed," he said.

"Without those tools and mechanisms there is a greater risk that these escalations or this escalation could lead to miscalculation," he said. "So I think that's the real challenge we have to be confronted with."

Britain said on Friday that a small team of U.K. military personnel had been deployed to explore "engineering support" for Poland on its border with Belarus.

British Typhoon fighters also escorted two Russian military aircraft out of its area of interest on Friday, working with NATO partners to monitor the jets as they passed through international airspace.