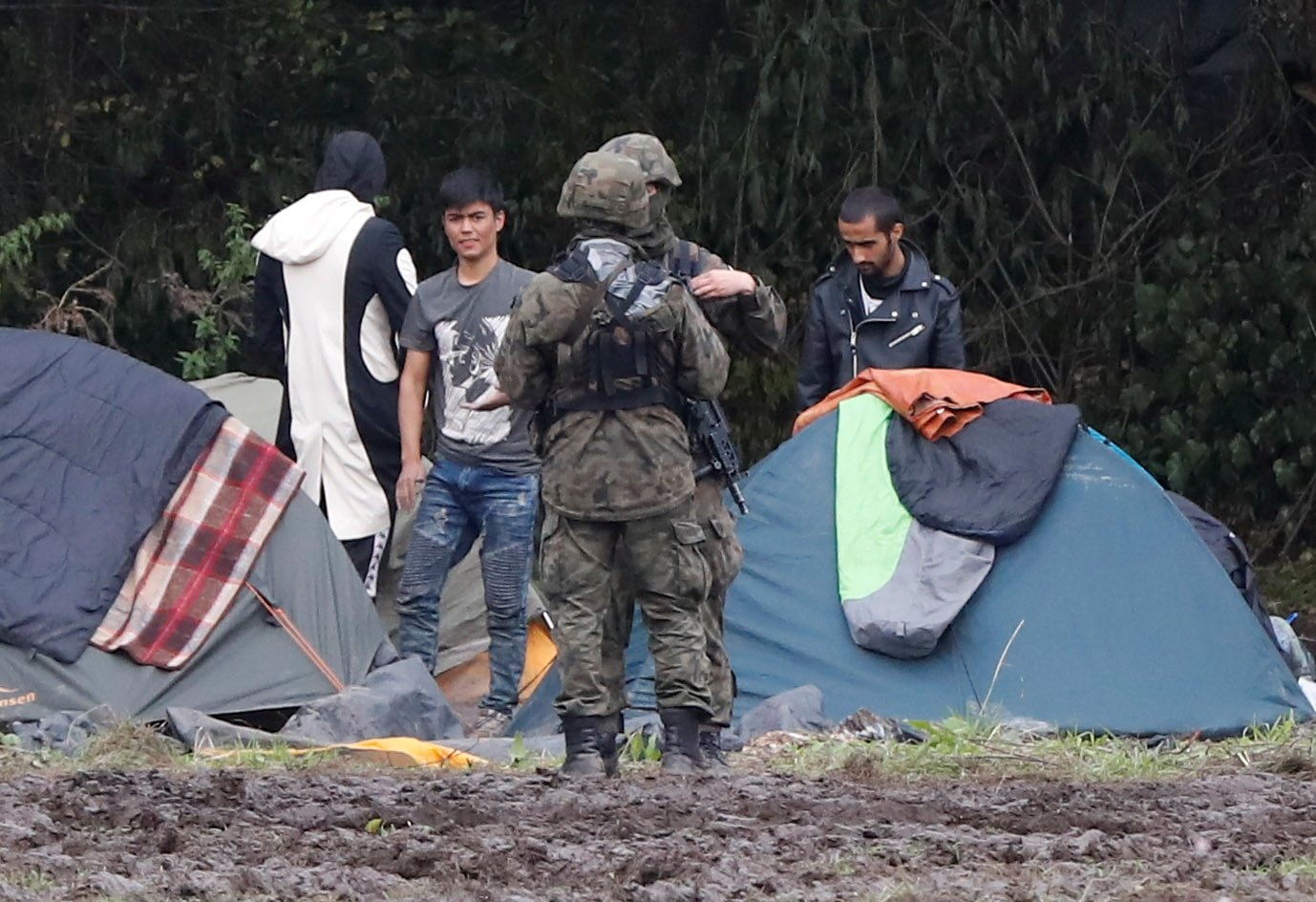 Polish border guard officers stand guard next to a group of migrants stranded on the border between Belarus and Poland near the village of Usnarz Gorny, Poland, Sept. 1, 2021. (Reuters Photo)
by ASSOCIATED PRESS Sep 06, 2021 4:03 pm
RECOMMENDED

The U.N.'s migration agency said Monday it is greatly concerned about the fate of migrants who find themselves stranded for weeks and left to fend for themselves at the border of Poland and Belarus.

But Polish Prime Minister Mateusz Morawiecki said in Warsaw that the group of people stuck at the border are being provided with food and money by the Belarusian security services and are being used to try to bring people illegally into the country.

Poland, Lithuania and Latvia – the three European Union nations that border Belarus – have accused Belarusian President Alexander Lukashenko of pushing migrants from Iraq, Afghanistan, Syria and elsewhere into their countries illegally. They call it an act of "hybrid war” against their countries in revenge for EU sanctions.

While thousands of migrants have been pushed back or put in closed centers for immigrants, the main focus for weeks has been a group of around 30 people who have been stranded on the Poland-Belarus border for weeks.

"Prolonging this unacceptable situation poses a grievous threat to the migrants’ lives and health,” the IOM said.

The fate of the group has raised concerns also in Poland among some who accuse the government response of being inhumane. The government actions have included deploying soldiers to the border, reinforcing it with razor wire and refusing to let the stranded group apply for asylum.

Last week, Poland's president also declared a state of emergency along the border, and parliament is due to hold a vote Monday afternoon in which lawmakers will vote on whether or not to repeal the state of emergency.

Morawiecki accused the opposition politicians who have protested the government's actions of playing out "a scenario according to plans written in Minsk and Moscow.”

With Russia to begin military exercises later this month, Morawiecki declared: "We have not had such a tense situation for 30 years.”