WHO dampens hopes for normalization globally amid easing COVID-19 lockdowns 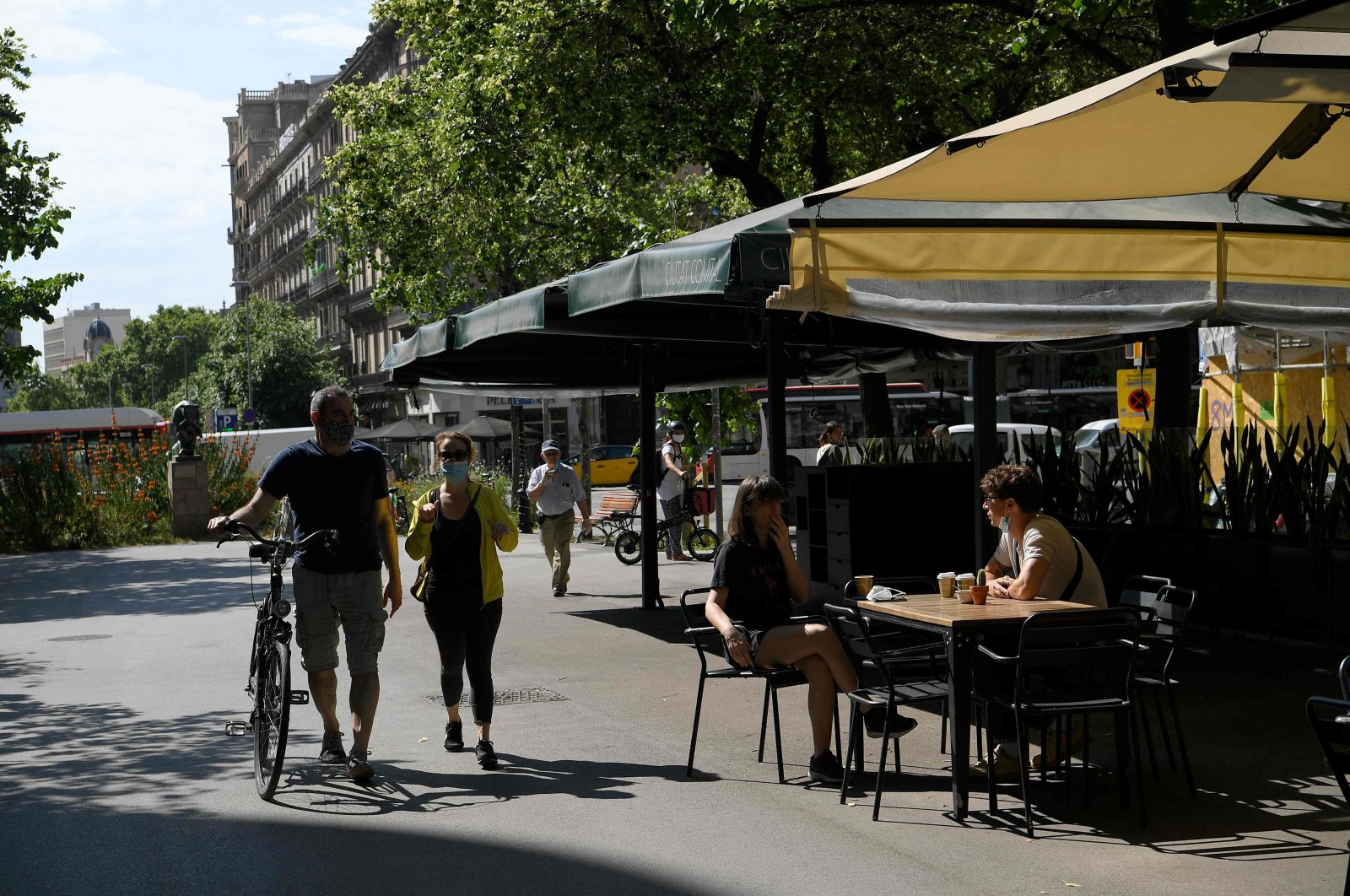 As the number of global coronavirus cases surpasses 5.5 million, the World Health Organization (WHO) warned on Tuesday that the world is still smack in the middle of the pandemic, saying that the first wave is not over yet.

“Right now, we're not in the second wave. We're right in the middle of the first wave globally," said Dr. Mike Ryan, the WHO's executive director. “We're still very much in a phase where the disease is actually on the way up,” Ryan told reporters, pointing to South America, South Asia and other areas where infections are still on the rise.

The statement came as countries ease up on lockdowns, urging governments in Europe and the United States to step up surveillance. The German government is planning to lift a travel warning for tourists for 31 European countries beginning June 15, ending an unprecedented directive against all international travel.

Alongside Germany's 27 fellow European Union member states, the warning will also be lifted for Britain and the four non-EU members of the borderless Schengen zone, Iceland, Norway, Switzerland and Liechtenstein, according to a draft policy proposal seen by dpa. Berlin's plans, which are contingent on continuing positive trends in the coronavirus pandemic, could be approved by Chancellor Angela Merkel's Cabinet as early as Wednesday.

June 15 is Europe's "D-Day" when it comes to tourism ahead of the crucial summer season, Italian Foreign Minister Luigi Di Maio told reporters on Tuesday. Europe was working toward "a new start" on that date, Di Maio told broadcaster Rai, pointing to the German example. German Foreign Minister Heiko Maas announced the current warning on March 17, adapting a measure otherwise reserved for troubled conflict zones and applying it to the entire globe. A major airlift operation followed, in which the German Foreign Office brought more than 240,000 stranded tourists back to the country. The German warning against all foreign travel is to be replaced by advice tailored to the risks in individual countries. The government is pushing for a common EU standard for countries to assess the situation and could propose using a metric already in place within Germany to track infection levels, whereby a locality must turn to stricter measures if more than 50 new cases of the coronavirus are reported per 100,000 people over a seven-day period. The German draft paper says the European Commission should develop a procedure to evaluate protective measures taken.

Mindful of the risks, Americans settled for small processions and online tributes instead of parades Monday as they observed Memorial Day in the shadow of the pandemic.

A U.S. travel ban was due to take effect Tuesday for foreigners coming from Brazil, where the virus is raging through communities with no signs of abating. The ban, originally to take effect Thursday, was moved up. It does not apply to U.S. citizens.

Underscoring the challenge of containing outbreaks of a virus for which there is not yet a vaccine or proven treatment, India reported a record single-day jump in new cases for the seventh straight day. The country reported 6,535 new infections on Tuesday, raising its total to 145,380, including 4,167 deaths. Despite rising infection rates, India allowed domestic flights to resume Monday, following a two-month hiatus, but at a fraction of normal traffic levels.

WHO poured cold water on the hopes of Brazilian President Jair Bolsonaro and others of quickly reopening the economy, warning that authorities must first have enough testing in place to control the spread of the pandemic. Brazil has 375,000 coronavirus infections – second only to the 1.6 million cases in the U.S. – and has counted over 23,000 deaths, but many fear Brazil's true toll is much higher.