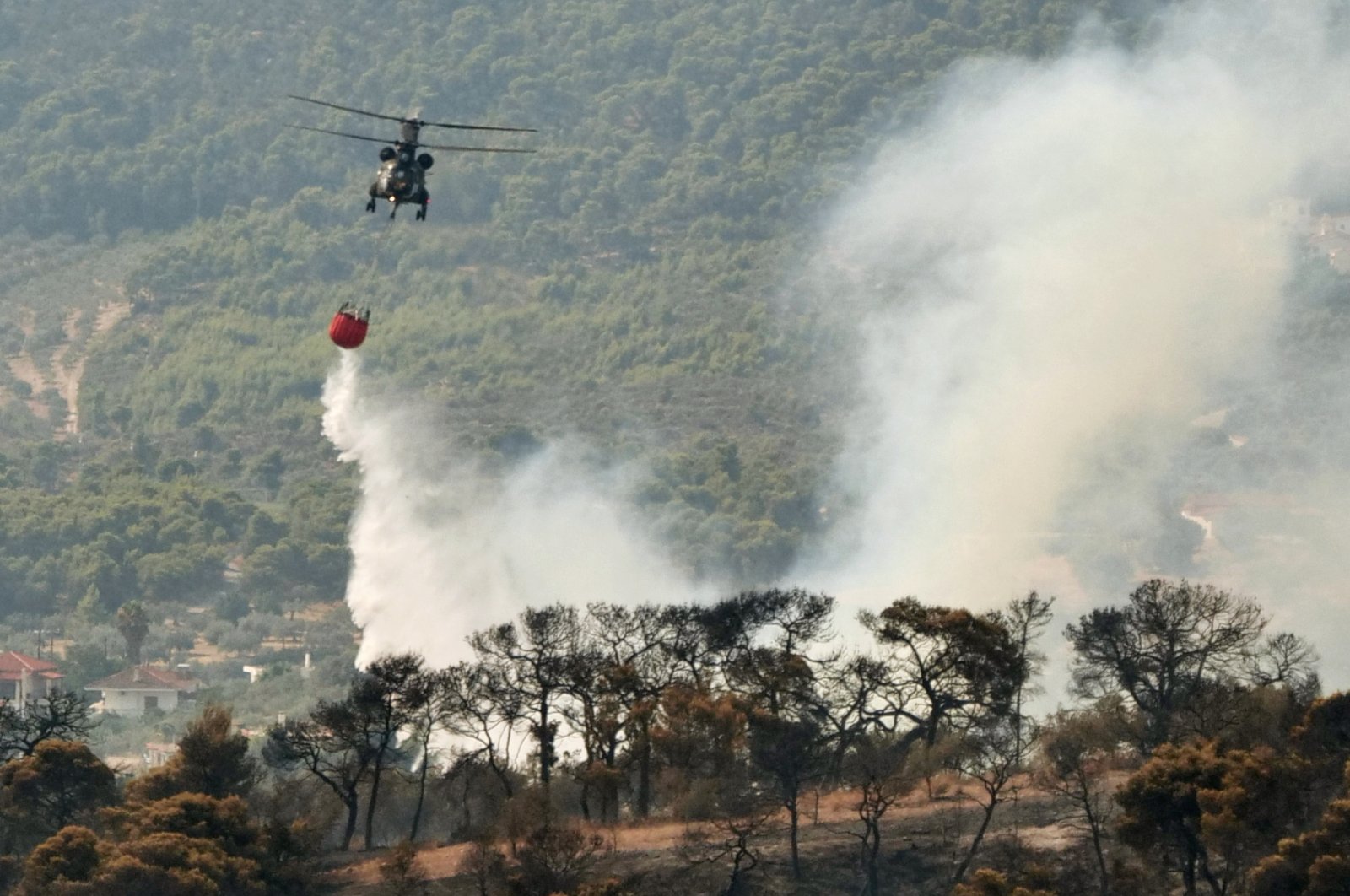 Firefighters and water-dropping aircraft were fighting a blaze for a second day in southern Greece Thursday that forced evacuations and a nightlong battle to save seaside homes.

The Fire Service said the blaze outside the southern city of Corinth had been contained and that there was no “active front” early Thursday but more than 250 firefighters, four planes and four helicopters were putting out flames as winds were expected to pick up later in the day. Several seaside areas were evacuated late Wednesday, in an area that has many summer homes and is popular with retirees. Authorities evacuated the area around the town of Athikia as well as three children's holiday camps and a center for people with disabilities, which were in the path of the fire.

Another blaze on the island of Crete had been partially brought under control, but strong winds there were also hampering the efforts of firefighters.

Summer fires are frequent in Greece, with temperatures regularly over 30 degrees Celsius (86 degrees Fahrenheit). In July 2018, Greece suffered one of the worst fires in its history in the seaside resort of Mati and other areas east of Athens, killing 102 people and destroying more than 1,000 homes. Several people died after being trapped by flames and others drowned in the sea trying to escape the rage of the fire.