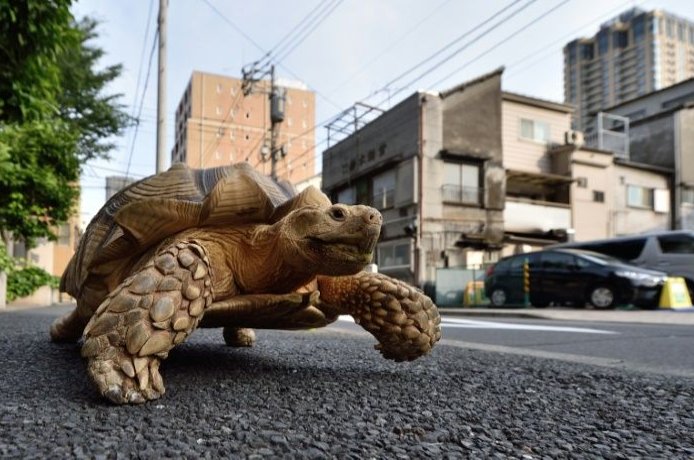 An Italian woman who took her pizza-sized turtle out for a walk has been fined 400 euros ($440) by the Roman police for breaking strict coronavirus confinement rules.

Italians need a justifiable reason to be out on the street in the middle of a pandemic that has officially claimed more than 20,000 lives in the Mediterranean country since February.

Taking your dog out for a walk is viewed as a good enough reason to leave your home.

But it seems taking your turtle out for one is not.

The Roman police said "the 60-year-old woman was caught outside her home without a justifiable reason" and fined.

"The woman was walking with a turtle," the police statement said.

Roman police spokesman Nunzio Carbone told AFP that the woman was fined 400 euros because it was "not a justifiable excuse".

Italians have been joking on social media about renting out their dogs to anyone who was going stir crazy and needed a good excuse to go out.

Carbone said the turtle was "as big as a pizza" but not wearing a leash.