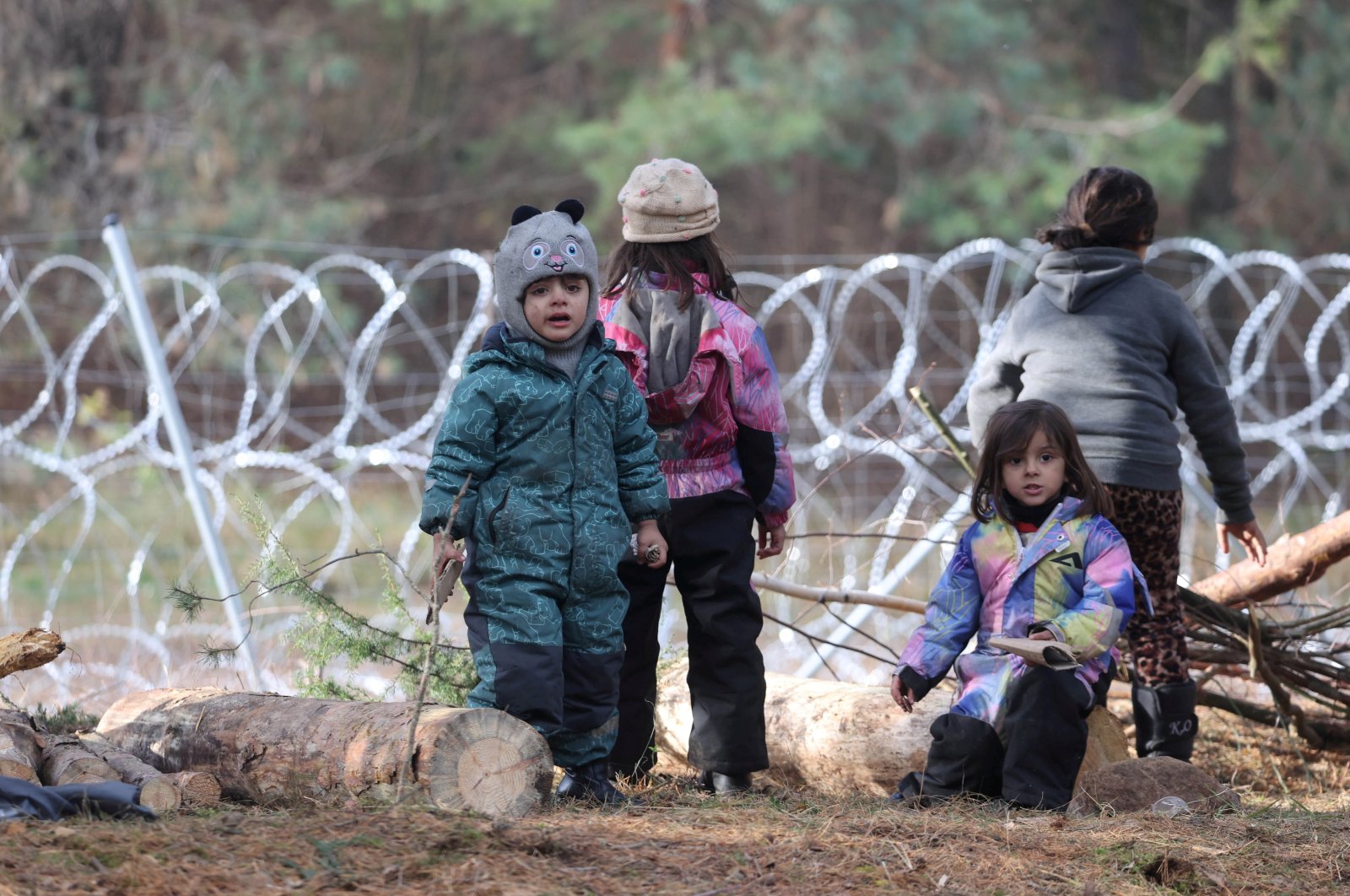 Children gather near a barbed wire fence in a migrants' makeshift camp on the Belarusian-Polish border in the Grodno region, Belarus, Nov. 12, 2021. (Reuters Photo)
by REUTERS Nov 13, 2021 12:13 pm

Polish police on Saturday found a body of a young Syrian man near the border with Belarus amid a new mounting international migrant crisis facing the European Union.

Thousands of migrants from the Middle East are sheltering in freezing conditions in the woods on the border between Belarus and EU states Poland and Lithuania, which are refusing to let them cross.

Some have already died and there are fears for the safety of the rest as bitter winter conditions settle in.

"Yesterday, in the woods, near the border, near Wolka Terechowska, the body of a young Syrian man was found," Podlaska Police said on Twitter.

The police said they had been unable to determine the cause of death at the scene.

The discovery of the body comes amid mounting international tension over the migrant crisis, with neighbors of Belarus warning the situation could escalate into a military conflict and U.S. President Joe Biden expressing his concern.

Russian President Vladimir Putin, the most important ally of Belarusian President Alexander Lukashenko, was quoted by Ifax on Saturday as saying Belarus has nothing to do with the migrant crisis.

The Polish Border Guard said on Saturday that during the night Belarusian soldiers had torn up a section of the temporary fence erected by Poland to deter migrants.