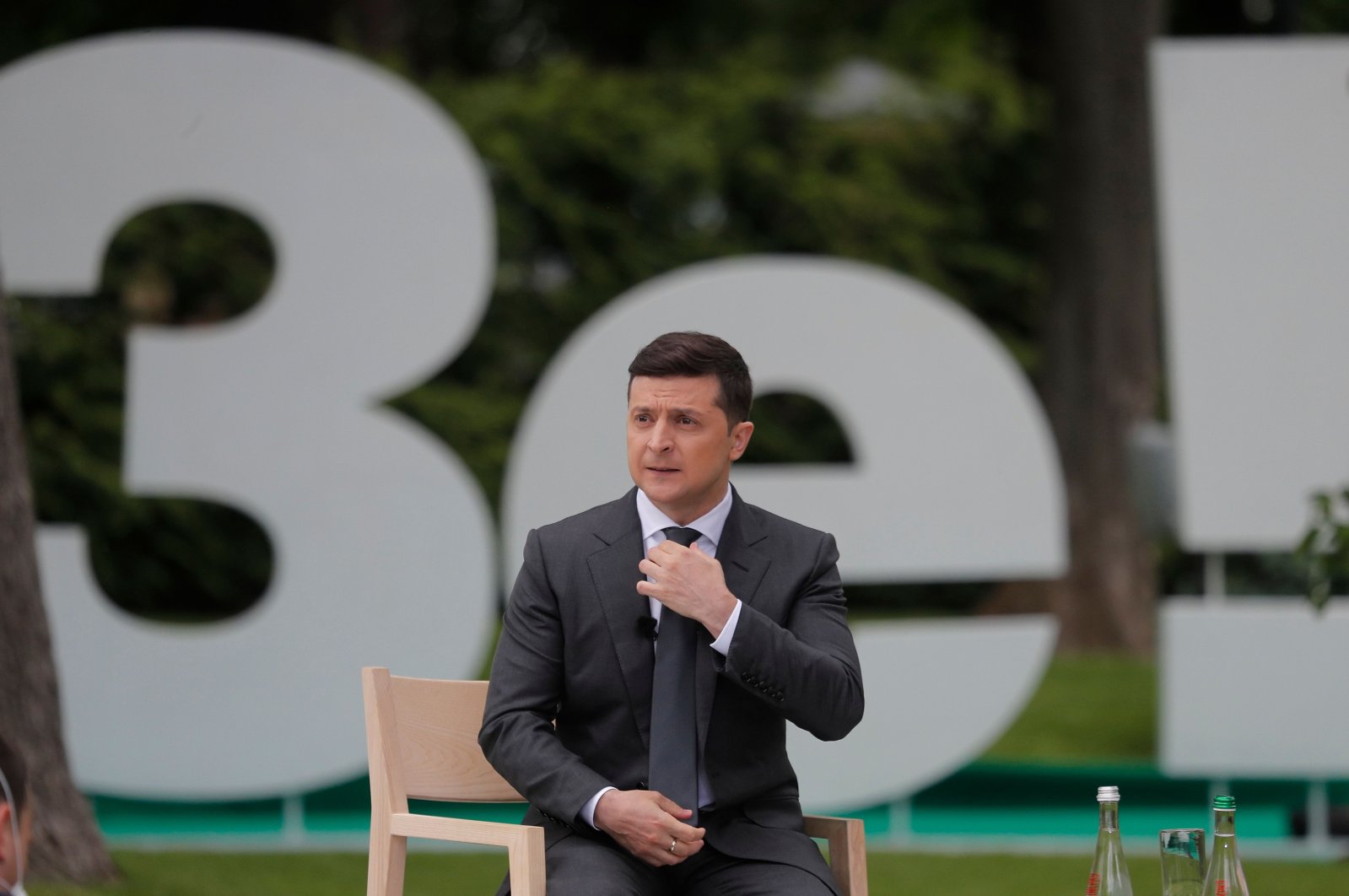 Ukrainian President Volodymyr Zelenskiy said Wednesday that negotiations to end the separatist conflict in the east of the country could be resumed as soon as the coronavirus pandemic subsides.

Leaders from Ukraine, Russia, Germany and France held a summit to end Europe's only active war last December in Paris, which was followed by signs of de-escalation and prisoner exchanges.

The leaders agreed to hold their next meeting in the four-way "Normandy Format" after four months, but the global coronavirus pandemic and border closures have made holding a meeting impossible.

"It is difficult in these conditions now, but we talked to Germany and France and everyone agrees that immediately after the recession of COVID-19 we should have a meeting in the Normandy format," Zelenskiy told reporters.

Ukraine, which earlier this month eased a lockdown imposed in March to slow the virus, has registered 19,230 coronavirus cases and 564 deaths.

The Ukrainian president, who did not specify details of a potential post-virus summit, added that he was ready to hold talks with Russian President Vladimir Putin "in any format."

"We have to talk to them," Zelenskiy said, referring to Russia, at a press conference Wednesday to mark one year since his inauguration.

"We have to reach agreements."

The four-way talks in Paris last December were followed by the first-ever face-to-face meeting between ex-KGB agent Putin and Zelenskiy, a former comedian who was elected in 2019.

Ukraine last month exchanged prisoners with Russia-backed separatists in the war-torn east of the country ahead of Orthodox Easter celebrations.

Ties between Ukraine and Russia were shredded after the popular 2014 uprising ousted a Kremlin-backed president in Kyiv.

Russia went on to annex Crimea and support separatists in eastern Ukraine. Since then, more than 13,000 people have been killed in the conflict.