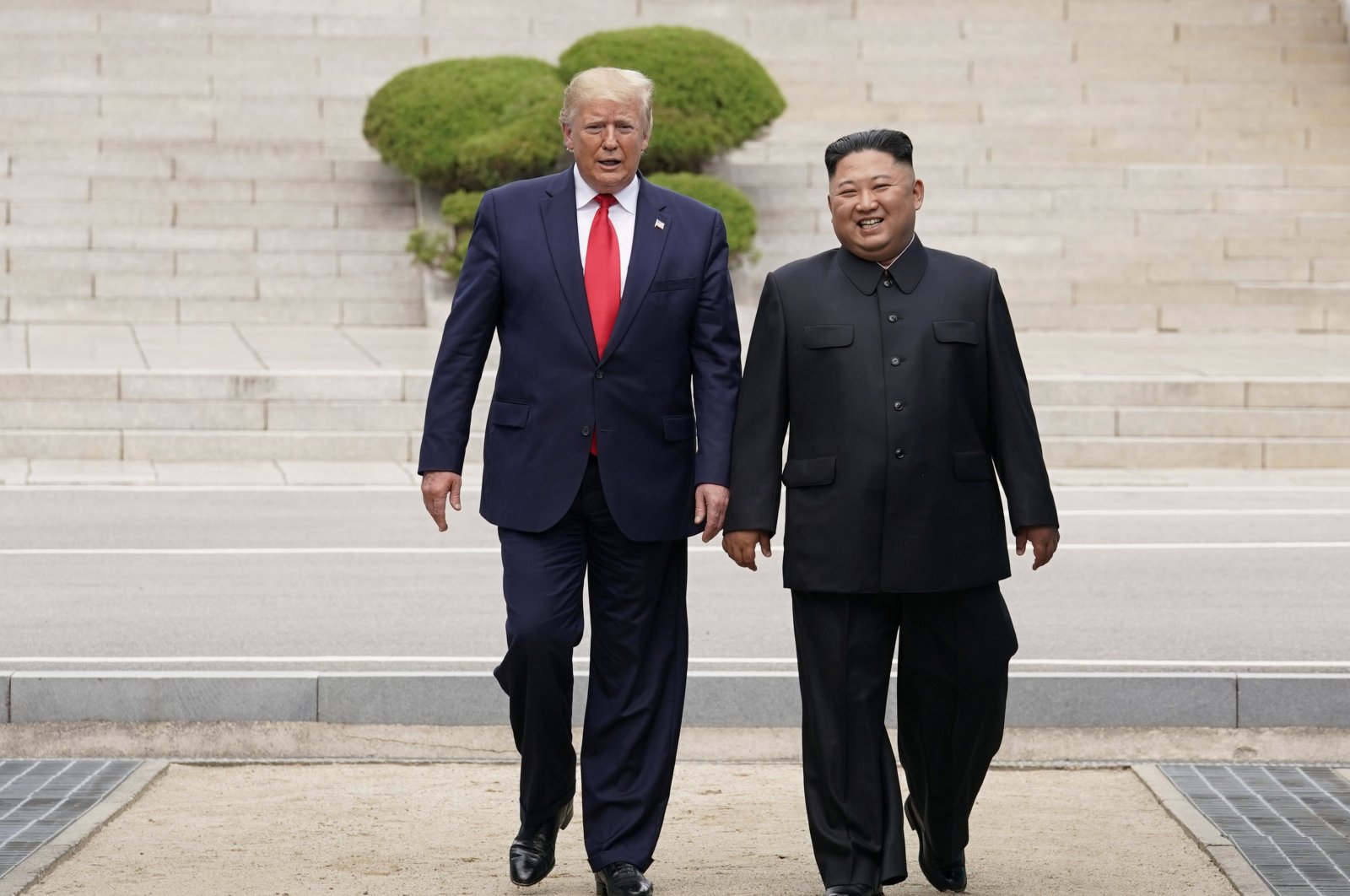 Kim Jong Un said his relationship with Donald Trump was like a "fantasy film," according to the publishers of a new book on the U.S. president set to unveil 25 private letters exchanged between the two leaders.

The relationship between the pair has been a key driver of recent diplomacy between Washington and Pyongyang, veering from mutual insults and threats of war to a declaration of love from Trump.

Investigative journalist Bob Woodward obtained messages between the two leaders "that have not been public before" for his upcoming book, according to Simon & Schuster.

In the letters, "Kim describes the bond between the two leaders as out of a 'fantasy film,' as the two leaders engage in an extraordinary diplomatic minute," the publisher revealed on the book's Amazon page.

Trump and Kim have met three times, beginning with their landmark summit in Singapore in June 2018, but little progress has been made on efforts to denuclearize the North.

A few months after Singapore, Trump told a rally of his supporters that the two men had fallen in love.

"No, really, he wrote me beautiful letters, and they're great letters. We fell in love," he said.

Negotiations have been deadlocked since the collapse of a second summit in Hanoi in February last year.

But even with diplomacy at a standstill, Trump has frequently boasted of receiving "very beautiful" and "excellent" letters from Kim.

Woodward, a Washington Post reporter, made his name with his coverage of the Watergate scandal and the role it played in Richard Nixon's resignation from the presidency in 1974.

Trump has sought to discredit several of the claims made in "Fear," which offered an inside glimpse into his chaotic White House and sold 1.1 million copies in its first week.

Trump – who was not interviewed by Woodward for "Fear" – has called that book a "joke" and "a scam."

But in January this year, Trump said he had sat down with Woodward for the upcoming work.

"I was interviewed by a very, very good writer, reporter," Trump said on Fox News.

"I can say Bob Woodward. He said he's been doing something and this time I said, 'Maybe I'll sit down.'"