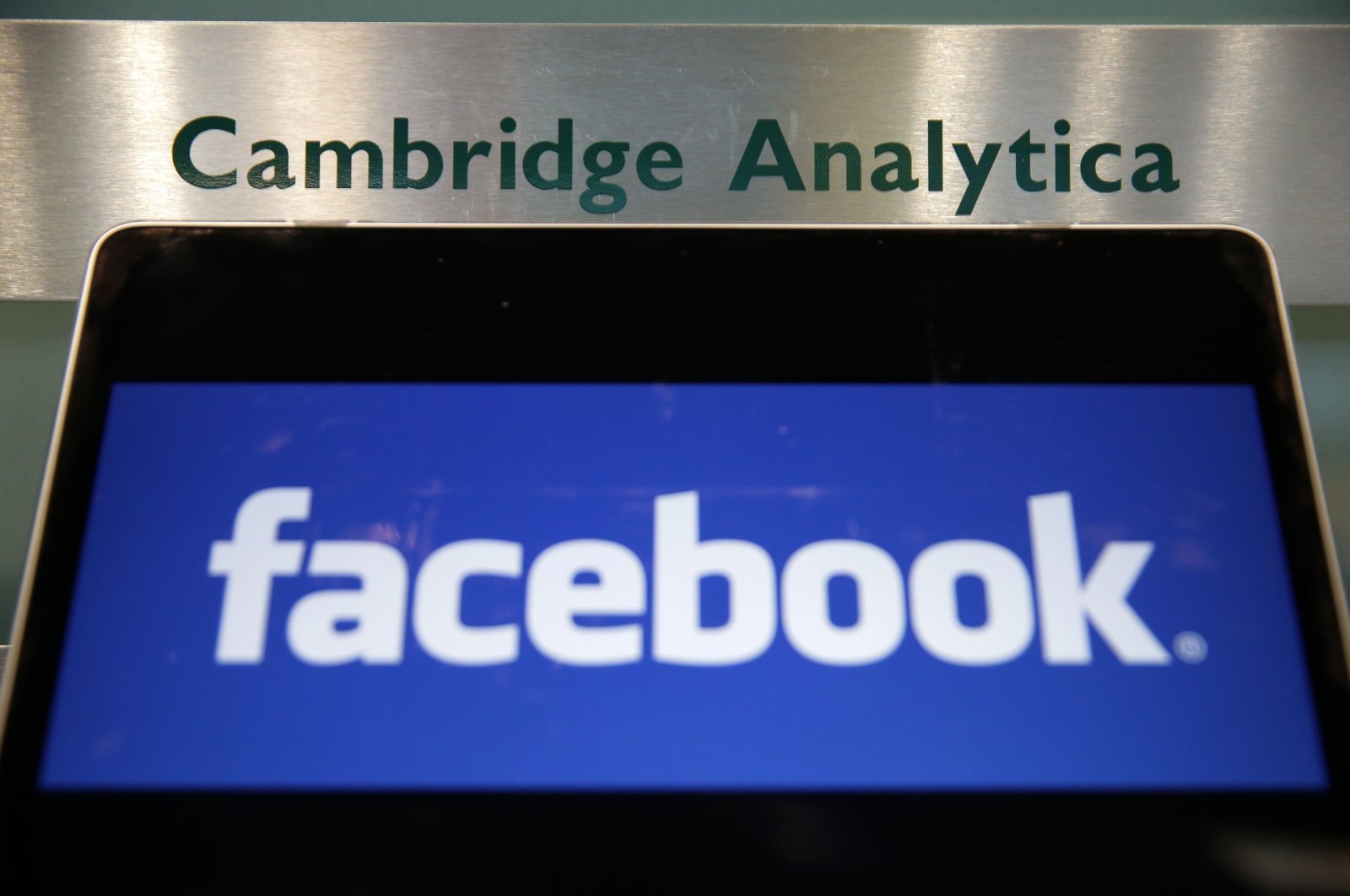 In this file photo, a laptop showing the Facebook logo is held alongside a Cambridge Analytica sign at the entrance to the building housing the offices of Cambridge Analytica in central London, U.K., March 21, 2018. (AFP Photo)
by ASSOCIATED PRESS Sep 24, 2020 4:13 pm
RECOMMENDED

The former boss of Cambridge Analytica, the political consulting firm brought down by a scandal over how it obtained Facebook users’ private data, has been banned from holding company directorships for seven years.

U.K.-based Cambridge Analytica was accused of playing a key role in the 2014 breach of 87 million Facebook users’ personal data. The company denied it used the data for Trump’s 2016 election campaign, but some former employees have disputed that. Facebook CEO Mark Zuckerberg has said that it was "entirely possible” the social media data ended up being used in Russian propaganda efforts.

Cambridge Analytica and other connected firms under Nix's leadership filed for bankruptcy in 2018.

A statement from the Insolvency Service said Thursday that investigators’ enquiries confirmed that "SCL Elections had repeatedly offered shady political services to potential clients over a number of years.”

"Alexander Nix’s actions did not meet the appropriate standard for a company director and his disqualification from managing limited companies for a significant amount of time is justified in the public interest,” said chief investigator Mark Bruce.