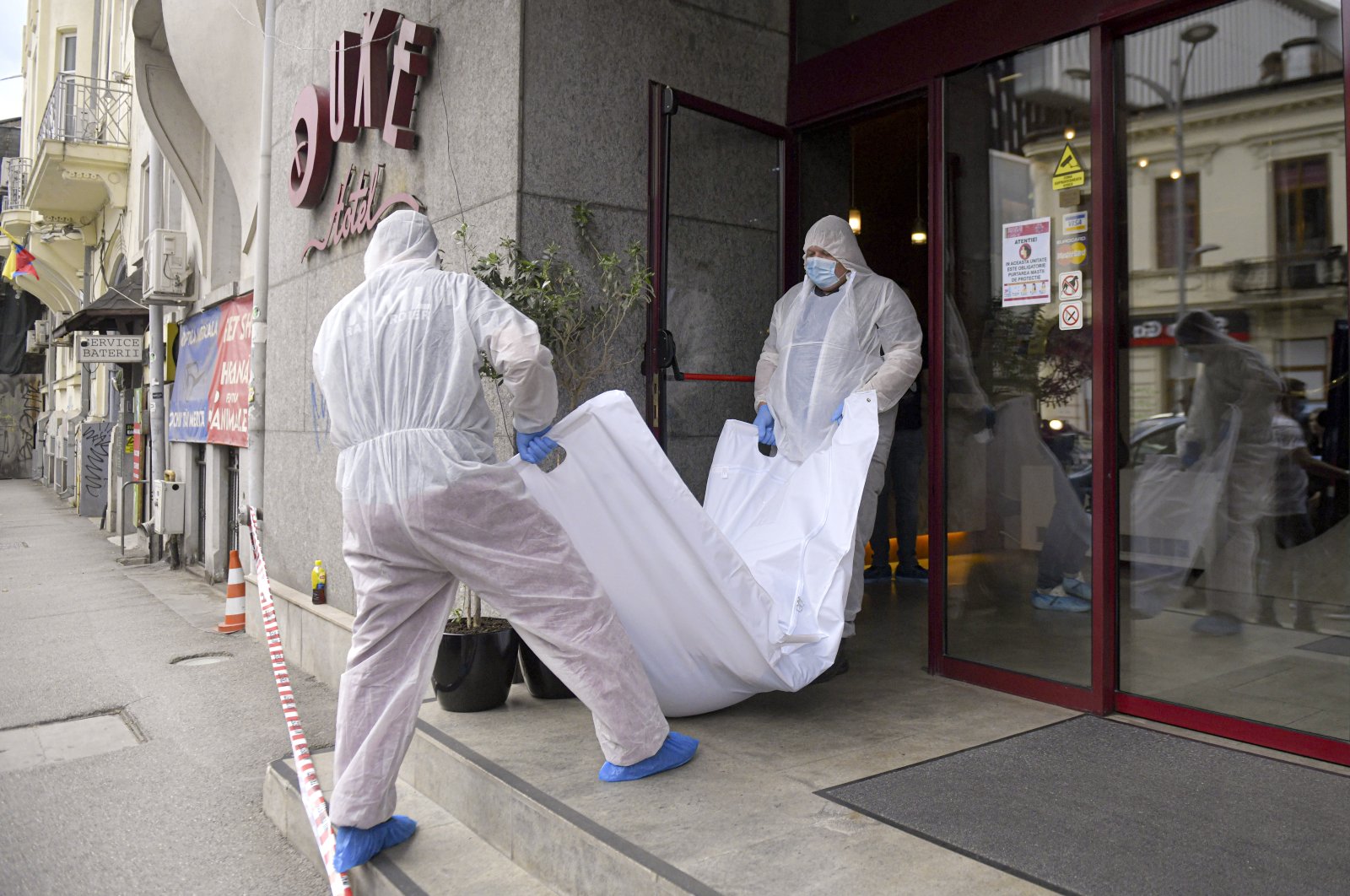 A former Iranian judge sought by his country to face corruption charges died Friday after a fall in a hotel in Bucharest, the capital of Romania, the head of the Iranian police’s international department said.

Shirzad said Romanian authorities told Iran that the 66-year-old Mansouri "had thrown himself out of the window of his hotel in Bucharest.” An investigation by Iran's international police is underway, he said.

Earlier, Romanian police had confirmed only that a man had fallen from a high floor at a Bucharest hotel and was found dead at 2:30 p.m. (1130 GMT). They didn't identify him.

Mansouri, who fled Iran last year after authorities there alleged he took about 500,000 euros ($560,000) in bribes, was facing an extradition request by Iran and had denied the allegations. He said last week in a video statement that he left Iran for unspecified medical treatment and that coronavirus travel restrictions prevented him from returning to face the charges.

Mousavi said the judge had recently visited the Iranian Embassy and discussed how to return to Iran, "and because he was wanted by the Iranian judiciary through the international police, he was arrested by Romanian Interpol.”

Earlier this week, journalist rights groups and Iranian dissidents urged Romania not to deport Mansouri, saying he should be prosecuted in Europe for ordering the mass arrest of reporters while serving as a judge in Tehran.

The German chapter of Reporters Without Borders filed a complaint with federal prosecutors in Germany last week, urging that Mansouri be investigated on allegations of torture and human rights abuses for ordering the arrest of 20 reporters in Iran in 2013.

German prosecutors confirmed Wednesday they were looking into the complaint, and Reporters without Borders said it had now filed a second complaint with Romanian authorities after learning Mansouri had slipped away from Germany already.

It was not clear when Mansouri traveled to Romania, but Iran’s judiciary spokesman, Gholamhossein Esmaeili, said June 13 that Mansouri had been arrested there and was expected to be returned to Iran "in the following days.”

According to Romanian authorities, Mansouri had been released from custody but kept under "judicial control," during which he was banned from leaving the country and was obliged to present himself to authorities at their request.

Mansouri is best known for ordering the mass arrest of the reporters in 2013 toward the end of hard-line President Mahmoud Ahmadinejad’s time in office.

But in 2012, he also banned the reformist Shargh daily newspaper and detained its editor-in-chief over a published cartoon that authorities deemed insulting to those who fought in the Iran-Iraq war.