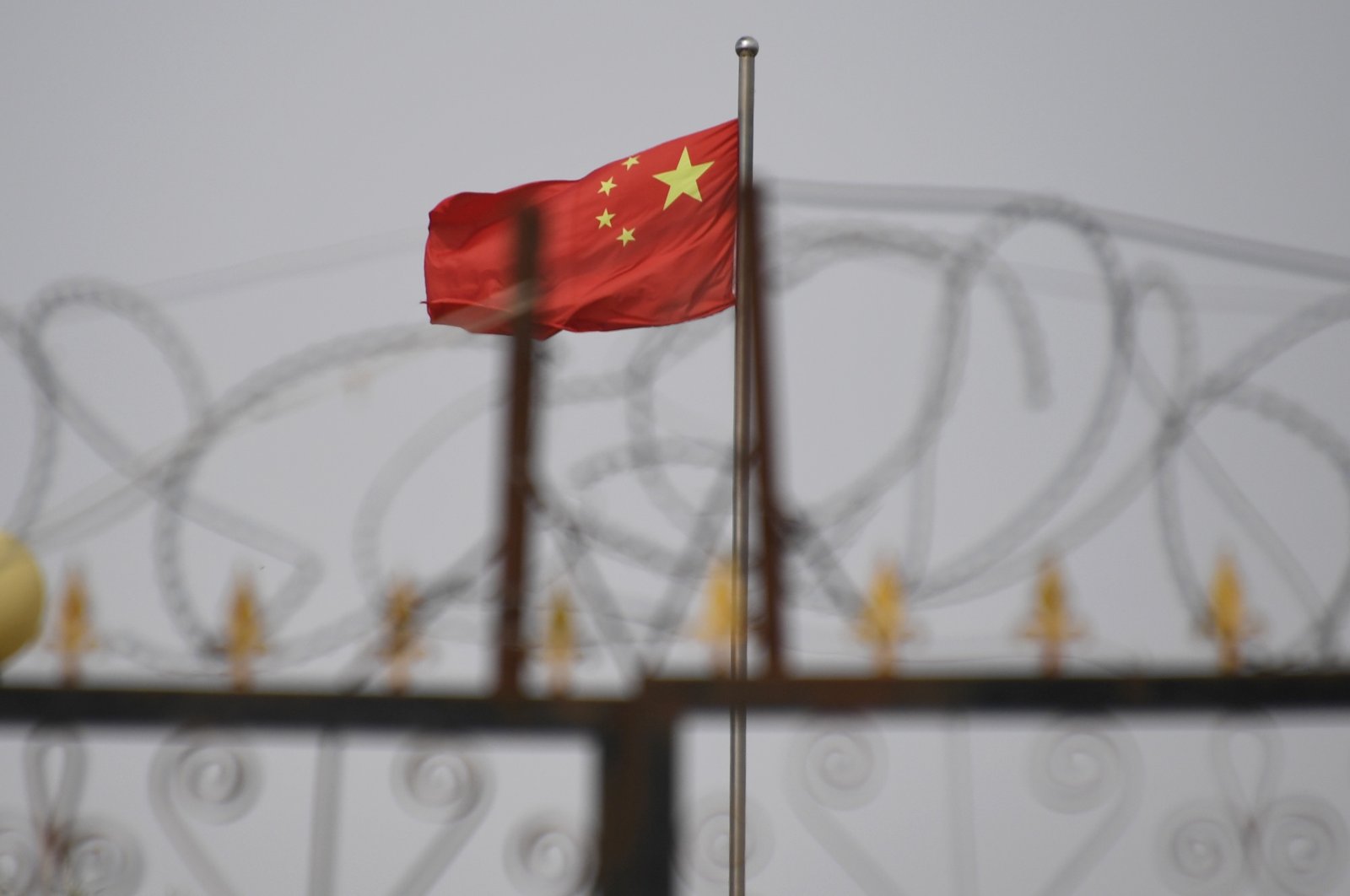 In this June 4, 2019, file photo, a Chinese flag is seen behind razor wire at a housing compound in Yangisar, south of Kashgar, in western Xinjiang region, China. (Badung Police via AFP)
by French Press Agency - AFP
Jul 28, 2020 9:18 pm

France called Tuesday for a United Nations-led observer mission to evaluate the treatment of China's Uighur population and accused Beijing of "indefensible practices" against the Muslim minority.

The proposal by Foreign Minister Jean-Yves Le Drian comes as tensions rise between France and China after Paris intensified its expression of public concern over the treatment of Uighurs in the western Xinjiang region.

"Since they say my statements are baseless, we propose an international mission of independent observers, under the auspices of (U.N.) rights commissioner Michelle Bachelet, to visit and bear witness," Le Drian told lawmakers in parliament.

Rights groups and experts say more than one million ethnic Uighurs and other Turkic-speaking minorities have been rounded up in internment camps.

China's foreign ministry rejected those comments as "lies," saying that Xinjiang issues were not about human rights, religion, or ethnicity but about "countering violent terrorism and separatism."

But Le Drian stepped up his rhetoric on Tuesday, saying that in Xinjiang "there are indefensible practices that go against the universal principles enshrined in the major international human rights conventions."

He also accused the government of "widespread surveillance of the population and a comprehensive system of repression throughout the region."

Beijing and London have also locked horns on the issue after British Foreign Secretary Dominic Raab said it was "clear that there are gross, egregious human rights abuses going on" in the region.

Foreign ministry spokesman Wang Wenbin rejected the claim as "nothing but rumors and slander."

The controversy over the treatment of Uighurs comes as tensions between the West and China rise over a draconian new security law in Hong Kong and mounting opposition to the use of products made by the Chinese telecom giant, Huawei.