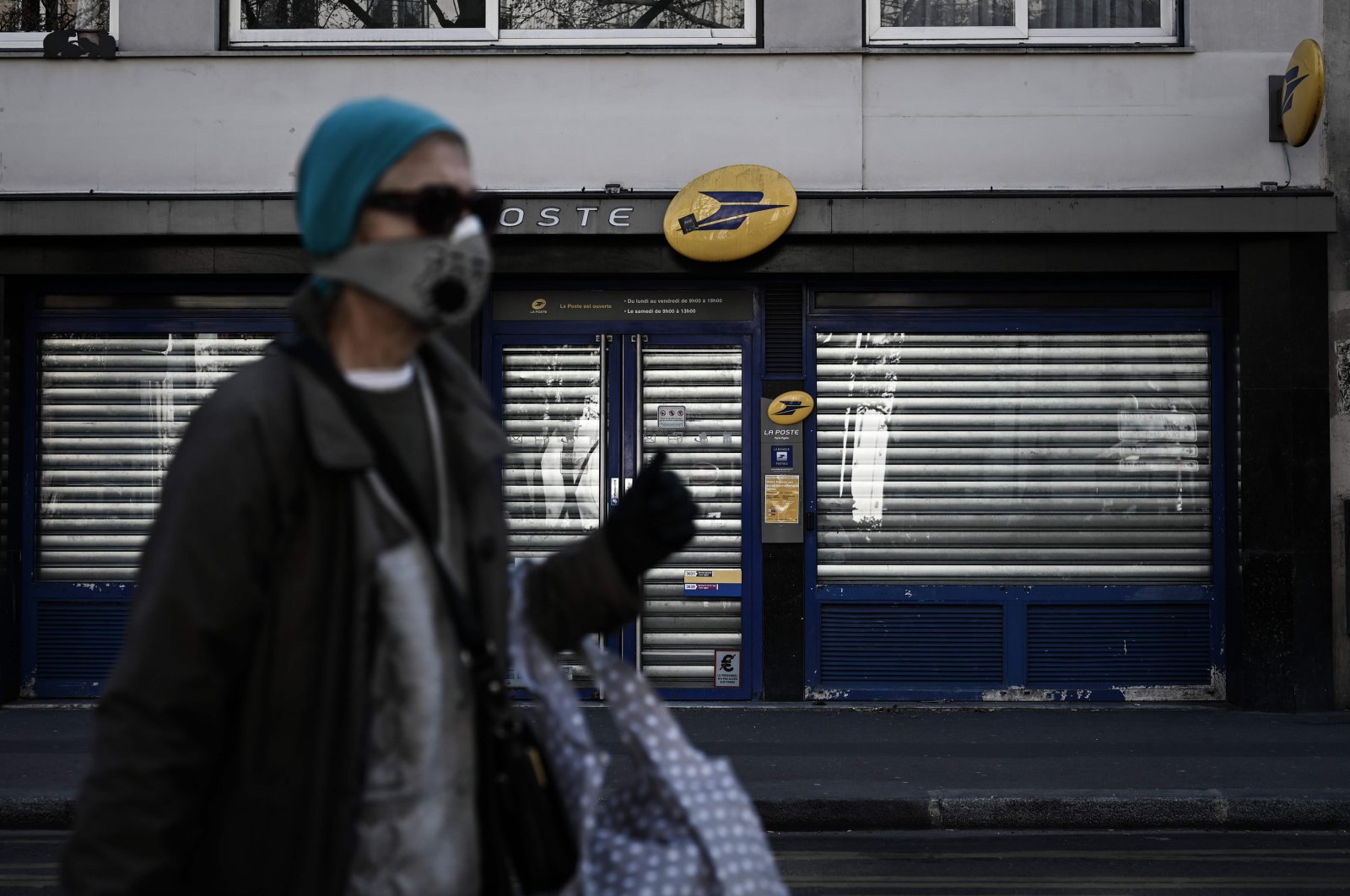 A woman wearing a protective face mask walks past a closed post office in Paris on March 31, 2020 on the 15th day of a strict lockdown in France aimed at curbing the spread of the COVID-19 infection, caused by the novel coronavirus. (AFP Photo)
by Compiled from Wire Services Mar 31, 2020 9:11 pm

France on Tuesday reported its highest daily number of deaths from COVID-19 since the coronavirus pandemic began, saying 499 more people had died in hospitals, bringing the toll to 3,523 across the country.

The daily government tally only accounts for those dying in hospital, yet authorities say they will very soon be able to compile data on deaths in retirement homes, which is likely to result in a big increase in registered fatalities.

State health agency director Jerome Salomon told a news conference that the number of cases had risen to 52,128, a rise of 17% in 24 hours, probably due to the fact that France has been ramping up testing

Salomon said 5,565 people were in a serious condition needing life support, up 9% compared to Monday, a rate of increase slightly slower compared to previous days. The health system is struggling to cope with the pace of the outbreak.

France has increased the number of beds in intensive care units from 5,000 to about 10,000 since the start of the crisis and it is scrambling to reach 14,500.