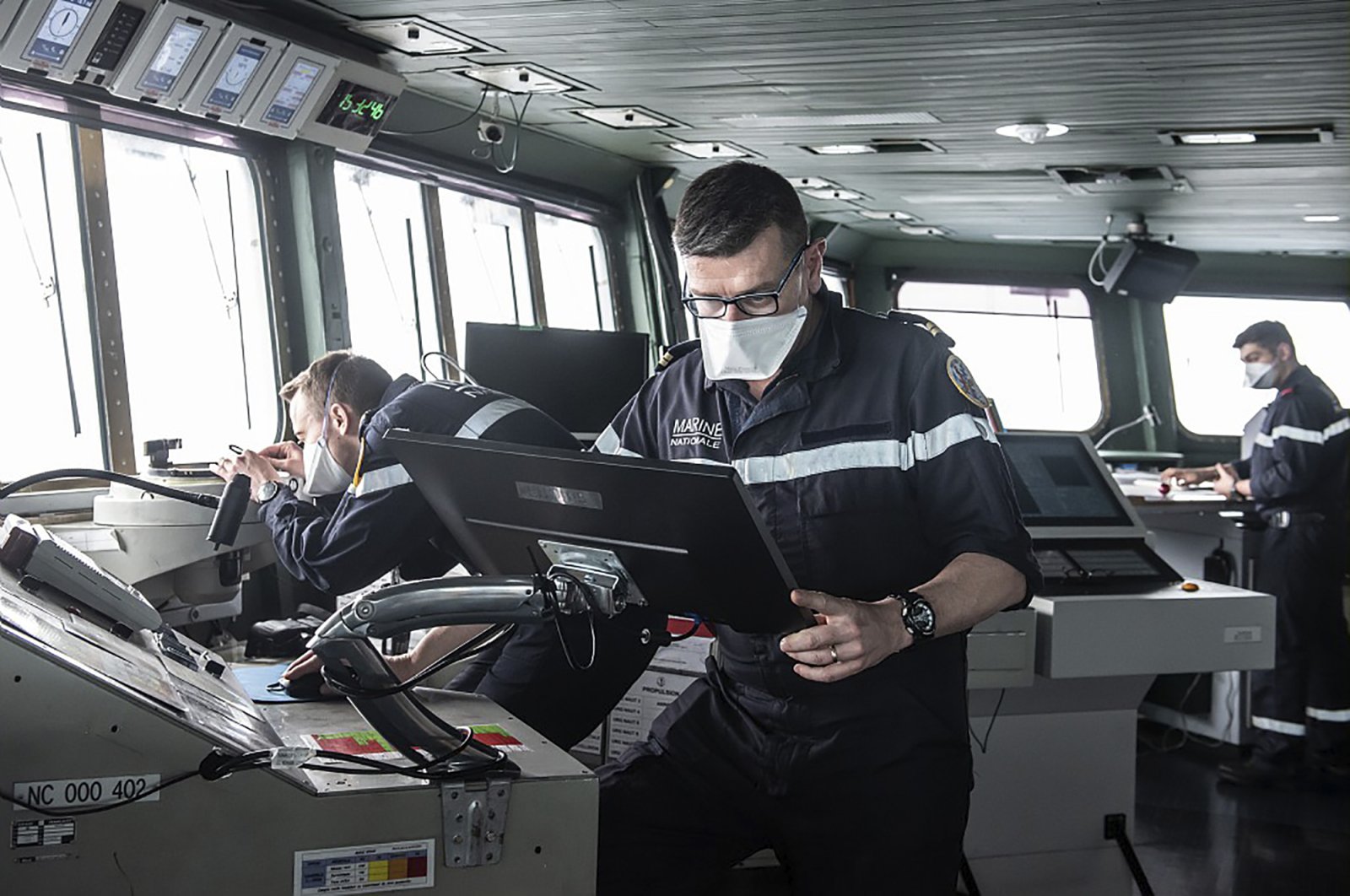 Three sailors were evacuated from the vessel and taken to hospital in the Mediterranean port of Toulon as a "precaution."

However, none of the crew who tested positive for COVID-19 and remained on board have suffered "worsening health" so far, the ministry added in a statement.

The origin of the virus was not yet known but all crew members have since begun wearing face masks.

The defense ministry announced Wednesday that France's aircraft carrier would be brought home early from a deployment in the Atlantic after some crew members showed virus symptoms.

Those with symptoms had been placed in isolation, but none were carrying signs of serious illness, it said.

The ship, which can transport about 2,000 sailors, had been preparing a return to the Mediterranean.

"It was decided to bring forward its return to Toulon, initially scheduled for 23 April," the statement said.

Along with the virus-stricken cruise ships, most recently in a similar incident, the U.S. aircraft carrier aboard in the Pacific reported more than 400 sailors infected with the virus.

Gen. John Hyten, vice chairman of the Joint Chiefs of Staff, said one member of the crew of the USS Theodore Roosevelt was hospitalized Thursday in intensive care on Guam, where the carrier has been docked for more than a week. He said 416 crew members are now infected and that 1,164 test results are pending.

“It’s not a good idea to think that the Teddy Roosevelt is a one-of-a-kind issue,” Hyten told a Pentagon news conference. "We have too many ships at sea .... To think that it will never happen again is not a good way to plan.”

The Navy’s top officer, meanwhile, said the biggest problem is the inability to test enough people quickly, including those aboard the USS Nimitz, the next U.S.-based aircraft carrier due to deploy out to sea.

“The challenge that we have now is having that type of capability where we can test in volume and at speed,” Adm. Mike Gilday told a small number of reporters Thursday. “I really don’t have a good estimate right now on when that testing capability might be available in the kinds of quantities we would like to see.”

He said sailors on the USS Nimitz, which is in port preparing for a deployment, will have all movement restricted for two weeks before the ship leaves.

As of Thursday, 3,190 have tested negative, and results from tests on the rest of the crew are pending. About 2,700 crew members have been taken off the ship and are lodged on the base and in hotels on the island, which is a U.S. territory. Those who have tested positive are being checked by medics twice a day.

One sailor was taken off the Nimitz more than a week ago after showing symptoms, but the test was not conclusive, the Navy said. Hyten suggested a small number of sailors were ill, but the Navy said Thursday that no sailors currently on the carrier have tested positive for COVID-19 or are showing symptoms.