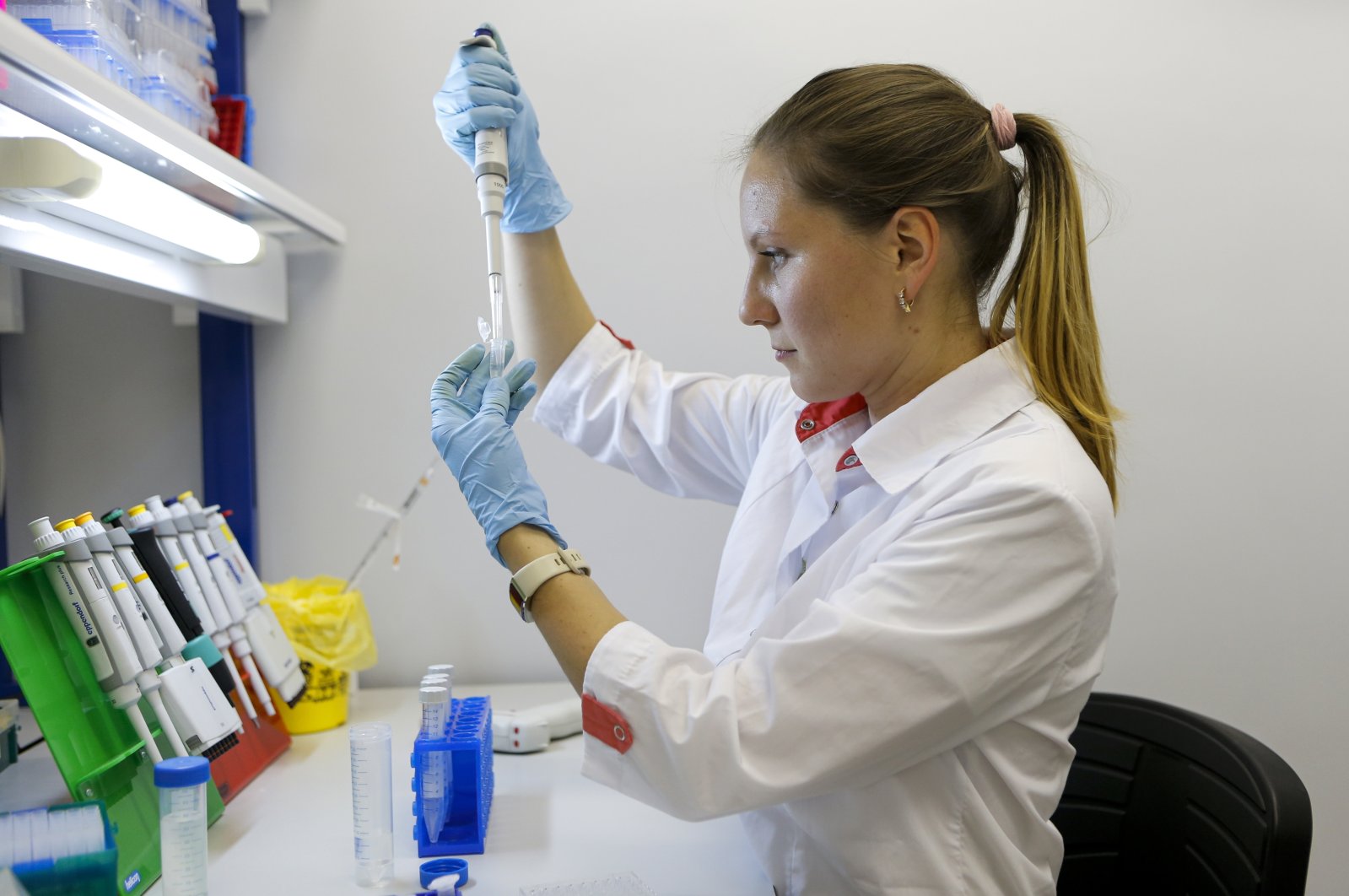 In this handout photo taken on Aug. 6, 2020, and provided by the Russian Direct Investment Fund, an employee works with a coronavirus vaccine at the Nikolai Gamaleya National Center of Epidemiology and Microbiology in Moscow, Russia. (AP Photo)
by Agencies Aug 11, 2020 6:09 pm
RECOMMENDED

Germany on Tuesday raised doubts over the quality and safety of Russia's coronavirus vaccine, stressing that drug approval in the European Union is granted only after full clinical trials.

"Patient safety is of the highest priority," a health ministry spokeswoman told German newspaper network RND. "There is no known data on the quality, efficacy and safety of the Russian vaccine."

Earlier Tuesday, President Vladimir Putin said Russia had become the first country to grant regulatory approval to a COVID-19 vaccine after less than two months of human testing and before large-scale trials had been conducted.

Putin said the vaccine was safe and that one of his own daughters had been inoculated, though clinical trials were not yet complete and final stage testing involving more than 2,000 people was to start only on Wednesday.

Western scientists were skeptical, with some warning that moving too quickly on a vaccine could be dangerous, but Russia denounced criticism as an attempt to undermine Moscow's research.

"This morning, for the first time in the world, a vaccine against the new coronavirus was registered," with Russia's health regulator, Putin told a televised video conference call with government ministers.

"I know that it is quite effective, that it gives sustainable immunity," he said, adding that one of his two daughters had received the vaccine, developed by the Gamaleya research institute in coordination with the Russian defense ministry.

"In this sense, she took part in the experiment," Putin said, adding that she had a slight temperature after a second injection and "that's all."

Reacting to the announcement, the World Health Organisation's (WHO) spokesman in Geneva, Tarik Jasarevic, said it was in "close contact" with Russian health authorities but that it was too soon for any WHO stamp of approval.

"Pre-qualification of any vaccine includes the rigorous review and assessment of all the required safety and efficacy data," he said.