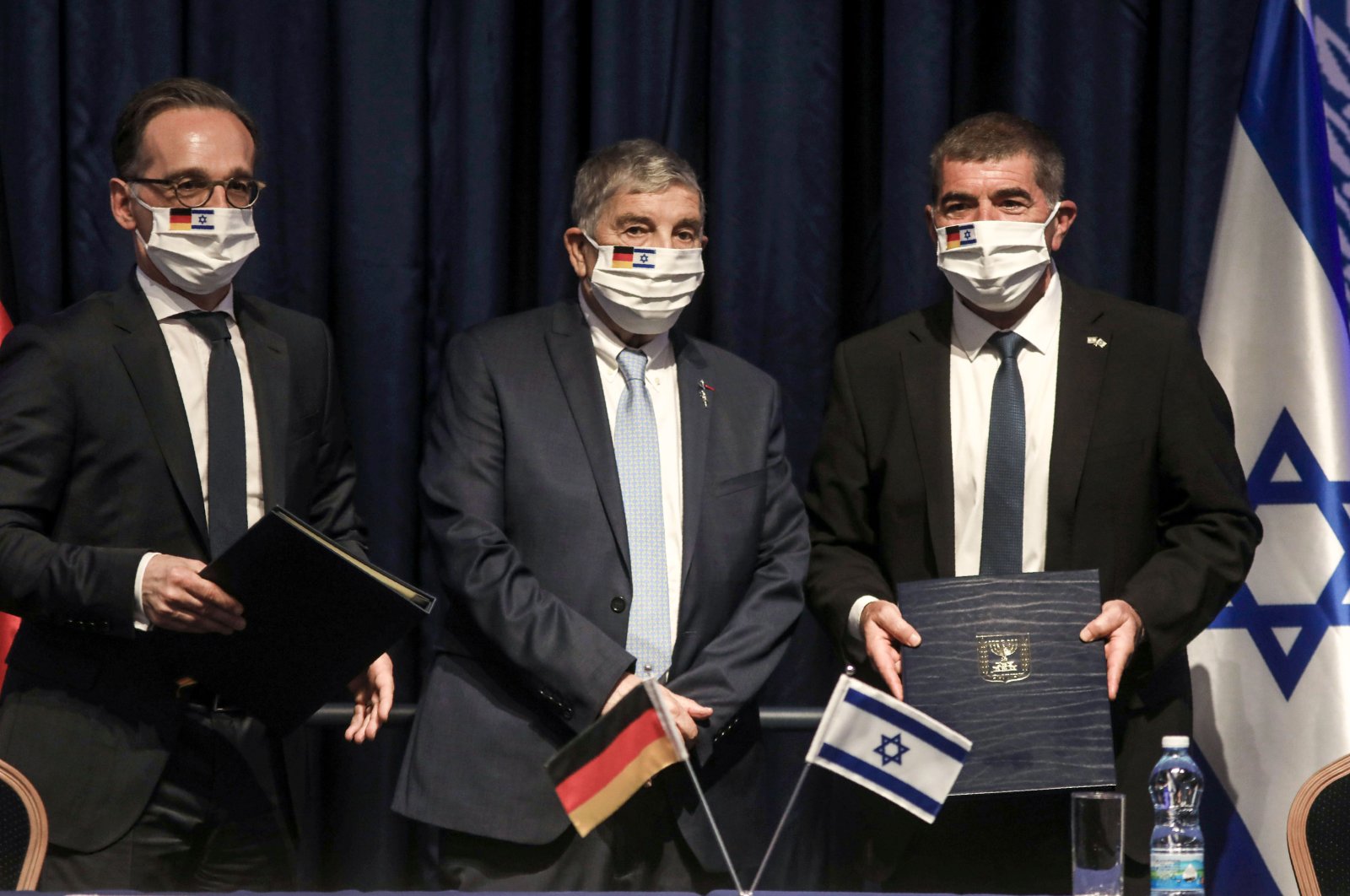 The first high-level European visitor to touch down in Israel since the coronavirus pandemic hit, Maas brought a message of disquiet from Berlin and elsewhere in the European Union.

Speaking in Jerusalem, he expressed "our honest and serious concerns ... about the possible consequences of such a step."

The annexation plan has come under harsh criticism from some of Israel’s closest allies, including Germany, who say that unilaterally redrawing the Mideast map would destroy any lingering hopes for establishing a Palestinian state and reaching a two-state peace agreement.

Speaking at a news conference, Maas said that Germany and the EU were seeking clarity about the Israeli plan, but he made clear that Europe considers annexation incompatible with international law.

"I didn’t set up any price tags. We are also in agreement in the EU that we seek dialogue with all parties to this process. I am here in Israel to receive information about the plans of the new government," Maas said, standing alongside Israeli Foreign Minister Gabi Ashkenazi. "We still believe the negotiated two-state solution is the right way, that annexation will not make this solution more probable.”

"I made clear that the German government and the colleagues in the EU are very worried that annexation can lead to the two-state solution no longer being viable and that we are on the wrong path,” he added. "It’s the time of diplomacy and dialogue.”

The EU supports the renewal of Israeli-Palestinian talks to negotiate a two-state solution, the German foreign minister said.

Ashkenazi, a former military chief who recently assumed his post with the establishment of a new Israeli government, sought to assure his guest.

"The plan will be pursued responsibly," he said. "We intend to do it in a dialogue with our neighbors."

The bloc has yet to agree on how to react if Israel presses ahead with annexation, and Maas' visit had been seen by Israel as an opportunity to tone down the European response.

Maas is also scheduled to meet with Prime Minister Benjamin Netanyahu and Defense Minister Benny Gantz. Later in the day, he will travel to neighboring Jordan to meet his counterpart there and hold a conference call with Palestinian leaders.

The U.S. plan envisions leaving about one-third of the West Bank, which Israel captured in 1967, under permanent Israeli control, while granting the Palestinians expanded autonomy in the remainder of the territory. The Palestinians, who seek all of the West Bank as part of an independent state, have rejected the plan, saying it overwhelmingly favors Israel.

In response, they have cut off key security ties with Israel and say they are no longer bound to agreements signed. The moves have raised concerns of a return to violence if annexation is carried out. Israel’s defense minister has urged the military to hasten preparations for what could be fierce Palestinian protests.

The proposal also faces opposition within Israel, where many fear that annexation is a step that could lead to the creation of a single binational state with the Palestinians. Even some hard-line settlers oppose the plan, saying it doesn't go far enough.

But Netanyahu appears eager to press forth before the U.S. election in November, when Joe Biden, the presumptive Democratic nominee who has said he opposes annexation, could replace Trump.

Netanyahu has lauded Trump's nearly blanket support for his policies and hailed annexation as a historic opportunity to establish Israel’s permanent borders and retain control of strategic frontiers without having to evacuate a single settler. Previous peace plans have all included calls for far greater Israeli concessions.

Netanyahu made annexation a key campaign pledge before the country's most recent third election in under a year and conditioned his otherwise equally divided government with Gantz upon having a final say on the matter.