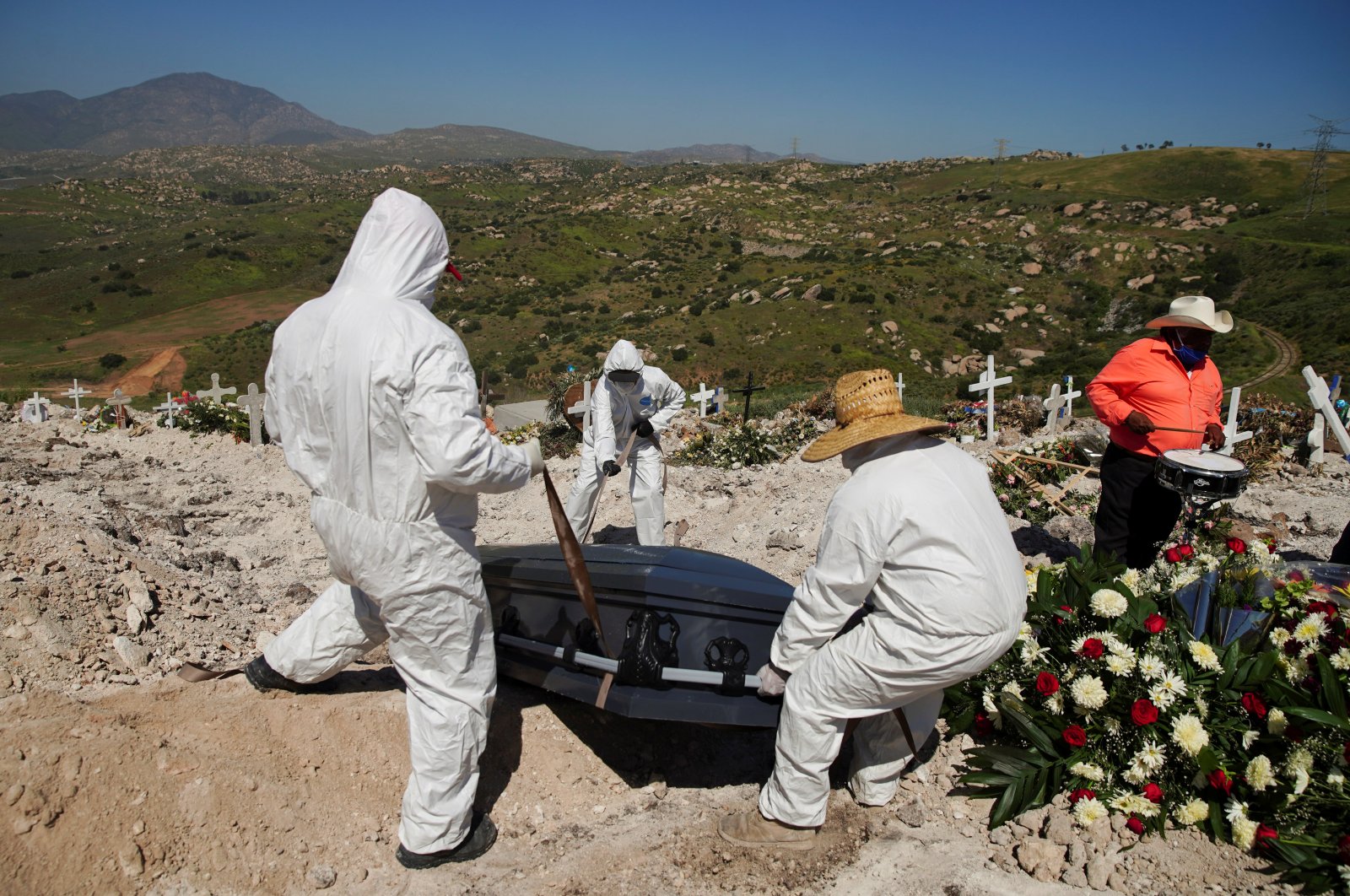 Workers in protective suits place the coffin of Jesus Osorio Flores, who died of the coronavirus disease (COVID-19), into a grave at Tijuana Municipal Cemetery No. 13, in Tijuana, Mexico April 24, 2020. (Reuters Photo)
by Reuters Apr 25, 2020 8:55 pm
RECOMMENDED

Global deaths linked to the coronavirus passed 200,000 on Saturday, while confirmed cases of the virus are expected to hit 3 million in the coming days, according to a Reuters tally.

More than half of the fatalities have been reported by the United States, Spain and Italy.

The first death linked to the disease was reported on Jan. 10 in Wuhan, China. It took 91 days for the death toll to pass 100,000 and a further 16 days to reach 200,000, according to the Reuters tally of official reports from governments.

By comparison, there are an estimated 400,000 deaths annually from malaria, one of the world's most deadly infectious diseases.

The United States had reported more than 52,400 deaths as of Saturday morning, while Italy, Spain and France have reported between 22,000-26,000 fatalities each.

Of the top 20 most severely affected countries, Belgium has reported the highest number of fatalities per capita, with six deaths per 10,000 people, compared to 4.9 in Spain and 1.6 in the United States.

However, those rates would be considerably lower if the infection totals included the many cases of the illness that go unreported –since not everyone with symptoms is tested.

Asia and Latin America have reported more than 7,000 deaths, while the Middle East has reported upward of 8,800. The current toll in Africa is around 1,350.

The global death toll has continued to grow at a rate of 3-4% per day over the past 10 days, though that rate has slowed since the beginning of the month.

The true number of fatalities is expected to be higher as many countries have not included deaths recorded in nursing homes and other locations outside hospitals.