Highest number of COVID-19 cases in a single week recorded worldwide: WHO 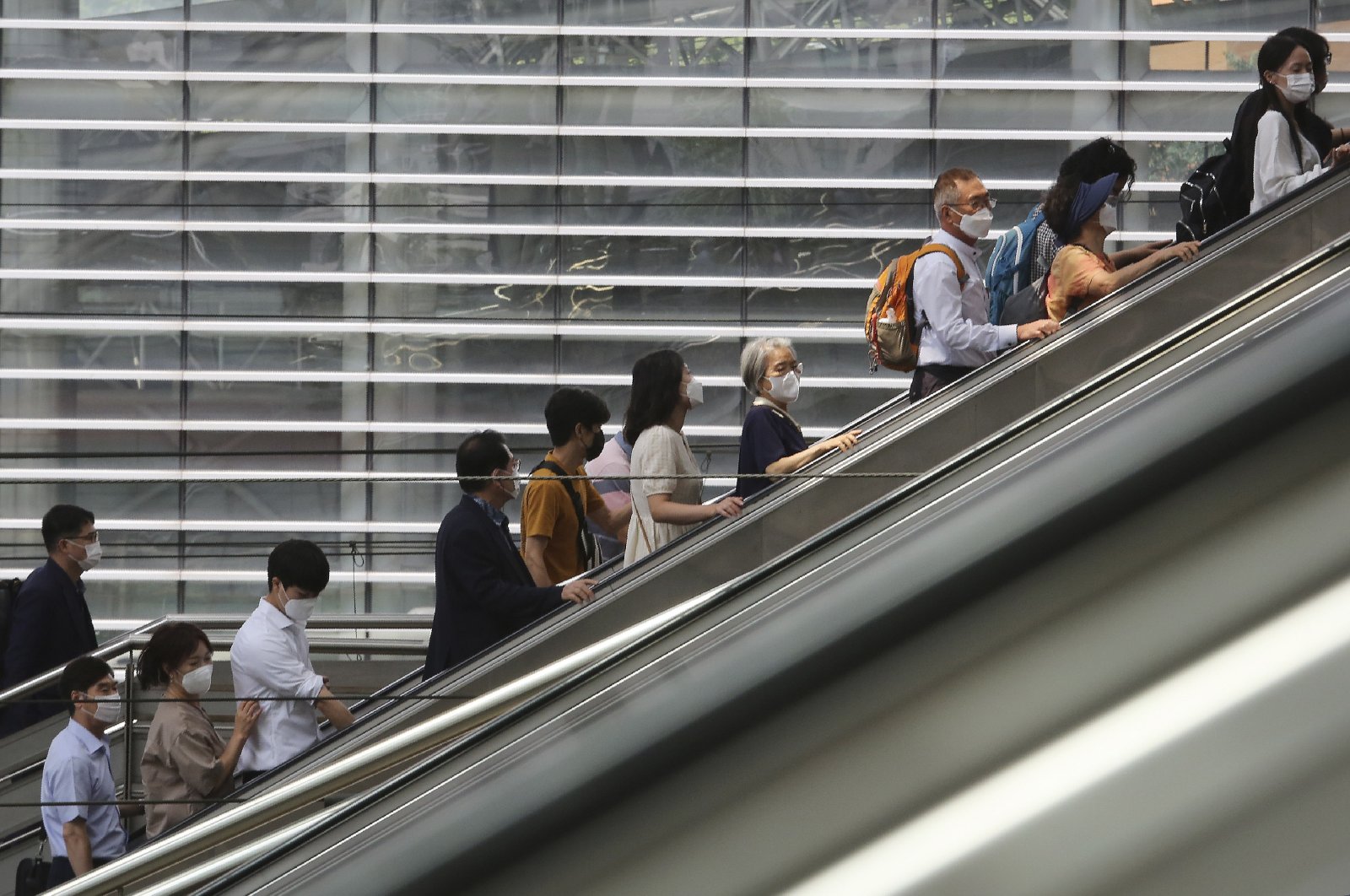 People wearing face masks to help protect against the spread of the coronavirus ride an escalator as they arrive at the Seoul Railway Station in Seoul, South Korea, Aug. 24, 2020. (AP Photo)
by French Press Agency - AFP Sep 22, 2020 12:03 pm
RECOMMENDED

The coronavirus pandemic appears to be accelerating worldwide, with new cases soaring last week to a new seven-day high of almost 2 million, even as new deaths decreased, World Health Organization (WHO) statistics showed.

In a fresh global update, the WHO said late Monday that during the week ending on Sept. 20, 1,998,897 new cases of the novel coronavirus were registered around the world.

That marks a 6% increase over a week earlier and "the highest number of reported cases in a single week since the beginning of the epidemic," the U.N. health agency said.

Since the novel coronavirus first surfaced in China late last year, it has infected more than 31 million people around the globe and has killed nearly 962,000, according to an Agence France-Presse (AFP) tally as of Monday.

Nearly all regions of the world saw new cases rise last week, WHO said, with Europe and the Americas seeing new cases swell by 11% and 10%.

Only Africa, which has remained relatively unscathed by the pandemic, dodged the upward trend, reporting a 12% drop in fresh cases from a week earlier.

Even as cases shot up across much of the world, the number of new deaths is going down, the WHO statistics showed.

Last week, some 37,700 new deaths linked to the virus were recorded worldwide, marking a decline of 10% compared to the previous week.

The Americas meanwhile still account for half of all reported cases and 55% of deaths in the world. The clear drop in new deaths in the region was driven mainly by decreases in Colombia, Mexico, Ecuador and Bolivia.

The United States, which is the world's worst-hit country, and Brazil, the second-worst, continued to report the highest number of deaths, each reporting over 5,000 new deaths in the past week.

Europe, some of which is experiencing a second wave of infections, meanwhile saw its new death count shoot up to over 4,000 for the seven-day period, a 27% hike compared to a week earlier.

Britain continues to count the highest number of cumulative deaths on the continent at nearly 42,000 since the beginning of the pandemic.