Hong Kong unlikely to remain financial hub if China takes over, US warns 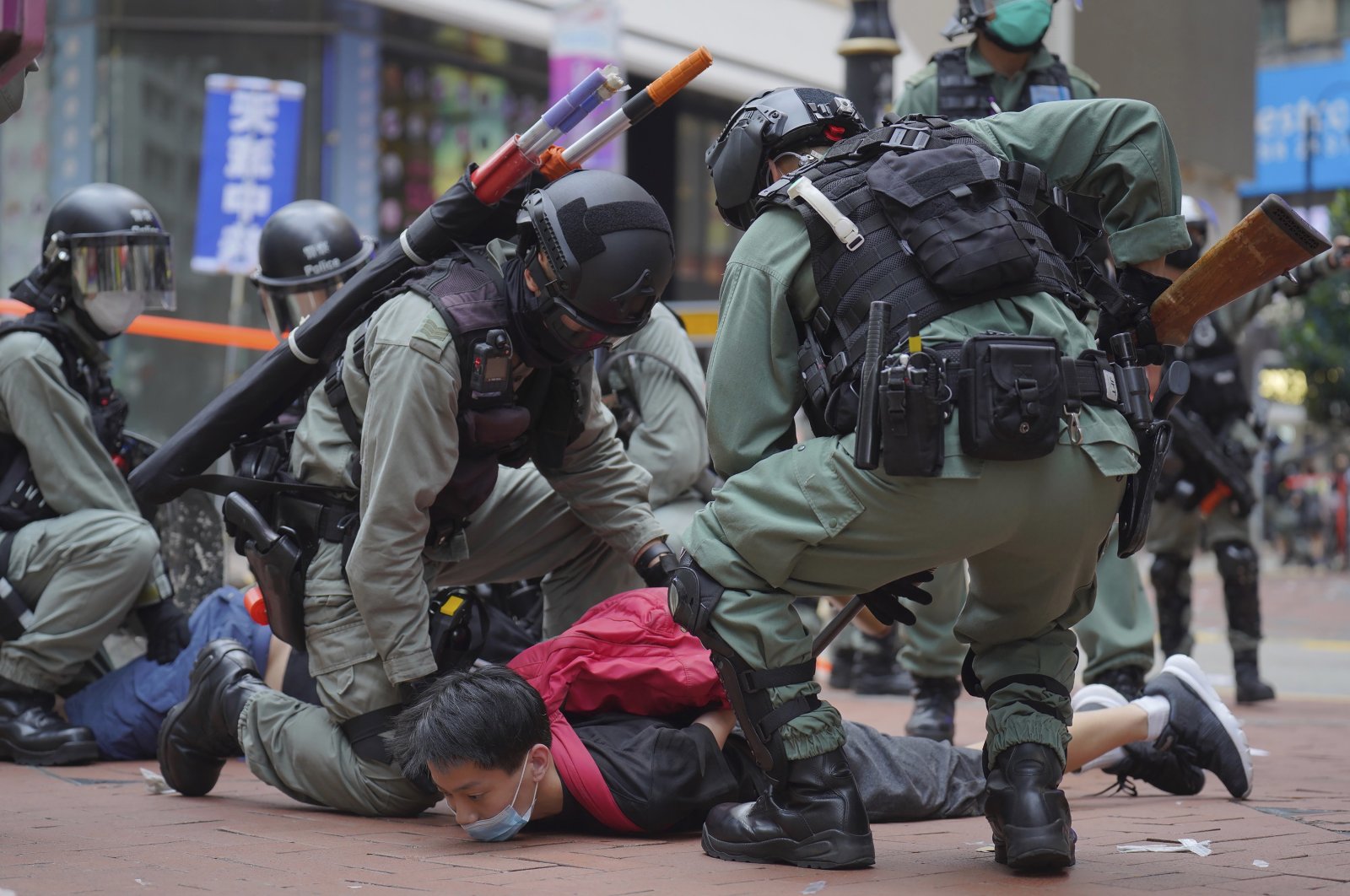 U.S. President Donald Trump on Tuesday warned that Hong Kong could lose its status as a global financial center if a proposed Chinese crackdown goes ahead, as the territory's leader tried to reassure nervous investors.

It's "hard to see how Hong Kong can remain a financial hub if China takes over," White House press secretary Kayleigh McEnany told a briefing, saying this warning came directly from Trump.

Trump was voicing fears expressed by many Hong Kongers, business groups and Western nations about the proposed Chinese legislation clamping down on the semi-autonomous territory.

Critics fear the law could be a death blow to the city's treasured liberties, which are crucial to making it an international financial center on a par with New York and London.

The announcement of plans for the new law — which will be written by Beijing and bypass Hong Kong's legislature — sparked the biggest drop on the city's stock exchange in five years on Friday.

She argues that the controversial law would "only target a handful of lawbreakers." However, she would not be drawn on what actions and opinions would be deemed illegal.

The commander of China's military garrison in Hong Kong warned the law would "punish any acts of separatism."

But Lam said fears the city's business-friendly freedoms were at risk were "totally groundless".

"Hong Kong's freedoms will be preserved and Hong Kong's vibrancy and the core values in terms of the rule of law, the independence of the judiciary, the various rights and freedoms enjoyed by people, will continue to be there," Lam told reporters.

The proposed law, she added, "only targets a handful of law-breakers... it protects the vast majority of law-abiding, peace-loving residents."

Hong Kong was upended last year by seven months of huge pro-democracy protests, fueled by years of rising fears that Beijing is chipping away at the city's freedoms.

Millions took to the streets for rallies that routinely ended with clashes between riot police and smaller groups of militant protesters wielding petrol bombs.

Beijing portrays the protests as a foreign-backed plot. Protesters say their rallies are the only way to voice opposition in a city with no universal suffrage.

Thousands protested on Sunday after the security law announcement and were dispersed by tear gas and water cannon in the worst clashes in months.

The precise wording of the security law has yet to be revealed but China's rubber-stamp parliament previewed initial details last week.

It is expected to approve a draft of the law on Thursday and analysts say it could be implemented in the summer.

One concern is a provision allowing Chinese security agents to operate in Hong Kong, with fears it could spark a crackdown on those voicing dissent against Beijing.

Subversion laws are routinely wielded against critics on the mainland.

Asked by a reporter whether mainland officials could arrest protesters in Hong Kong, Lam dismissed the question as "your imagination".

She said anti-government protests would continue to be allowed "if it is done in a legal way," but she did not elaborate on what views would be considered illegal under the new law.

A common chant at protests over the last year has been "Free Hong Kong, revolution of our times", a cry that encapsulates frustration with Beijing's rule since the city's 1997 handover by Britain.

Activists fear such calls might be considered illegal given the broad definition of subversion.

In an interview with Agence France-Presse (AFP) on Tuesday, Elsie Leung, a former secretary for justice, said activities seeking to undermine the local government might be covered by the law.

"I don't think chanting of the slogan itself is so important, but when chanting of slogans (is) coupled with other behavior, that might well amount to subversion of Hong Kong's government," she said.

Police have ringed the building — which was ransacked by protesters last year — with water-filled barriers ahead of the debate.