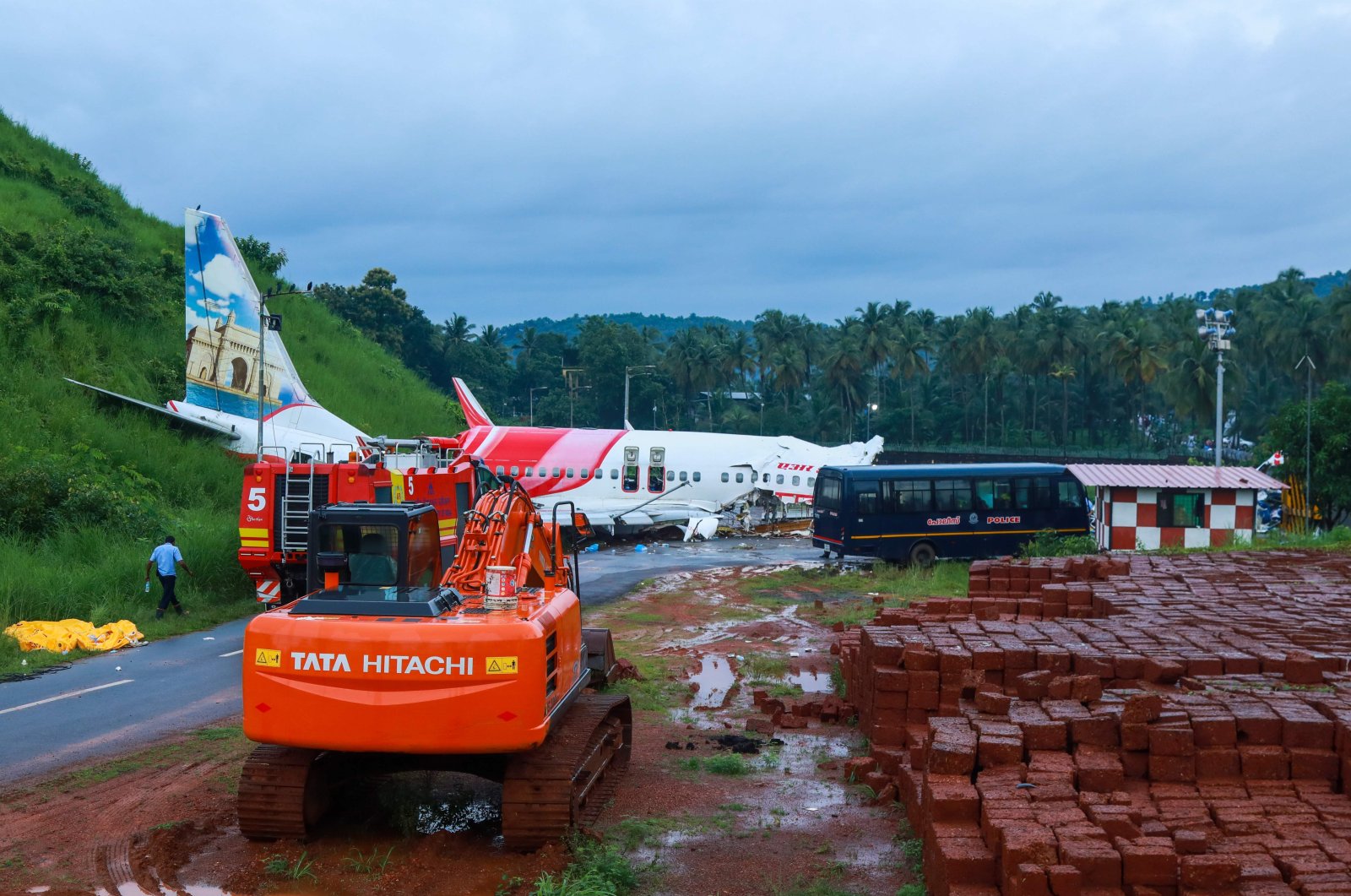 Indian investigators on Sunday began examining the black box of a Boeing-737 that overshot a runway on its second attempt, killing 18 people in the country's worst aviation accident in a decade.

The Air India Express plane, which was repatriating Indians stranded in Dubai due to the coronavirus pandemic, overshot the runway of the Calicut International Airport in heavy rain near the southern city of Kozhikode on Friday.

The aircraft fell into a valley and broke in half.

In an interview with Reuters partner ANI on Sunday, Anil Kumar, head of India's Directorate General of Civil Aviation, said the country would open the recovered transcripts to international investigators, as well as manufacturer, Boeing.

"Only after conducting a thorough and unbiased probe, can we tell what exactly happened," Kumar said.

The 2,700-meter runway at the airport is known as a "table-top," an aviation term for runways with steep drops at one or both ends.

They leave little room for error should a pilot overshoot the runway, either through human error or mechanical failure.

Late on Saturday, Kumar told CNN-News18 in an interview that the pilot made an aborted landing attempt into a headwind and then made a second approach with a tailwind, landing 1,000 meters down the runway.

An air traffic control official familiar with the crash confirmed this version of events, adding it is unusual to attempt a landing at the airport with a tailwind, which is typically used for takeoffs.

"The length of the runway in Calicut is around 2,700 meters and the plane touched the ground after crossing 1,000 meters of the length, leaving less room to bring the aircraft to a halt," the official, who declined to be named as he is not authorized to speak to the media, told Reuters.

"It was windy and rainy and the runway surface was wet. In such instances the weather is dynamic."

"An aircraft typically lands and departs in a headwind as a tailwind increases the plane's speed."

A spokesman for Air India did not immediately respond to a request for comment. The company has already said it will pay compensation to the families of the deceased.