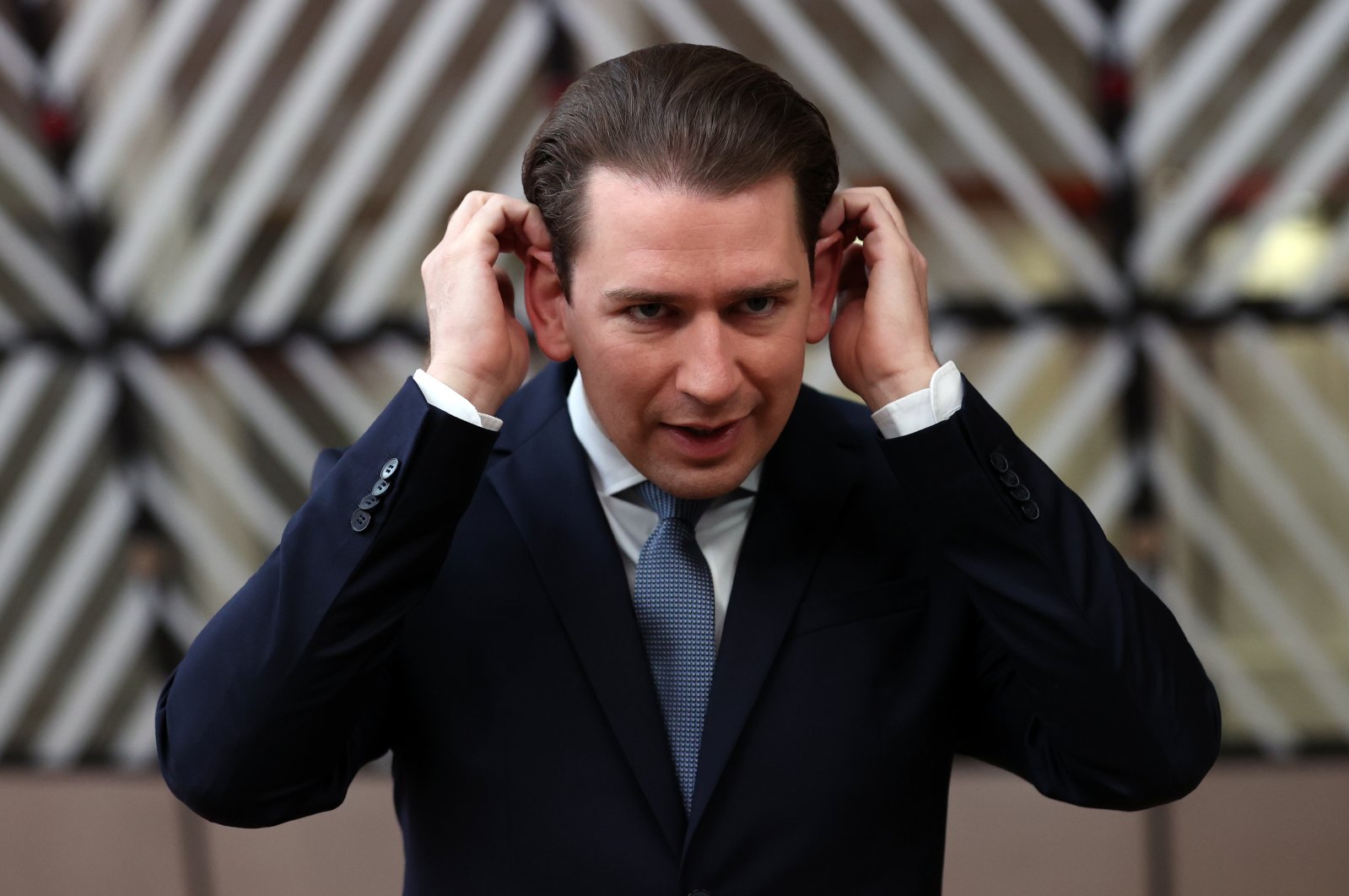 Austrian Chancellor Sebastian Kurz arrives on the second day of the EU summit at the European Council building in Brussels on May 25, 2021. (AA Photo)
by Anadolu Agency May 29, 2021 10:42 pm
RECOMMENDED

A leading Muslim group in Austria said on Saturday it planned to file a lawsuit against the government of Chancellor Sebastian Kurz for unveiling a controversial map that shows key points of interest related to the country's Muslim community.

The Muslim Youth of Austria lambasted the government for publishing a "political Islam map" that identifies the location of mosques and associations around the country, according to Austrian media reports.

"The publication of all names, functions and addresses of Muslim institutions and institutions that have been read as Muslim represents an unprecedented crossing of borders," the group was quoted as saying.

Earlier, Integration Minister Susanne Raab launched an Internet website called the "National Map of Islam" with the names and locations of more than 620 mosques, associations, and officials and their possible connections abroad.

The group "Islamic Religious Community in Austria" (IGGOE), which represents the interests of Muslims in Austria, warned against stigmatizing all Muslims living in Austria "as a potential danger to society and the democratic legal order in the country."

This campaign is fueling racism and "exposes Muslim citizens to a massive security risk," the IGGOE added.

According to the integration minister, the map was not aimed at "placing Muslims in general under suspicion."

The objective was "to fight political ideologies, not religion," she said.

Facing mounting racism in the aftermath of a deadly attack in Vienna last November, Austria's Muslim community is deeply concerned over government attempts to instrumentalize anti-Islam sentiments for its far-right political objectives.