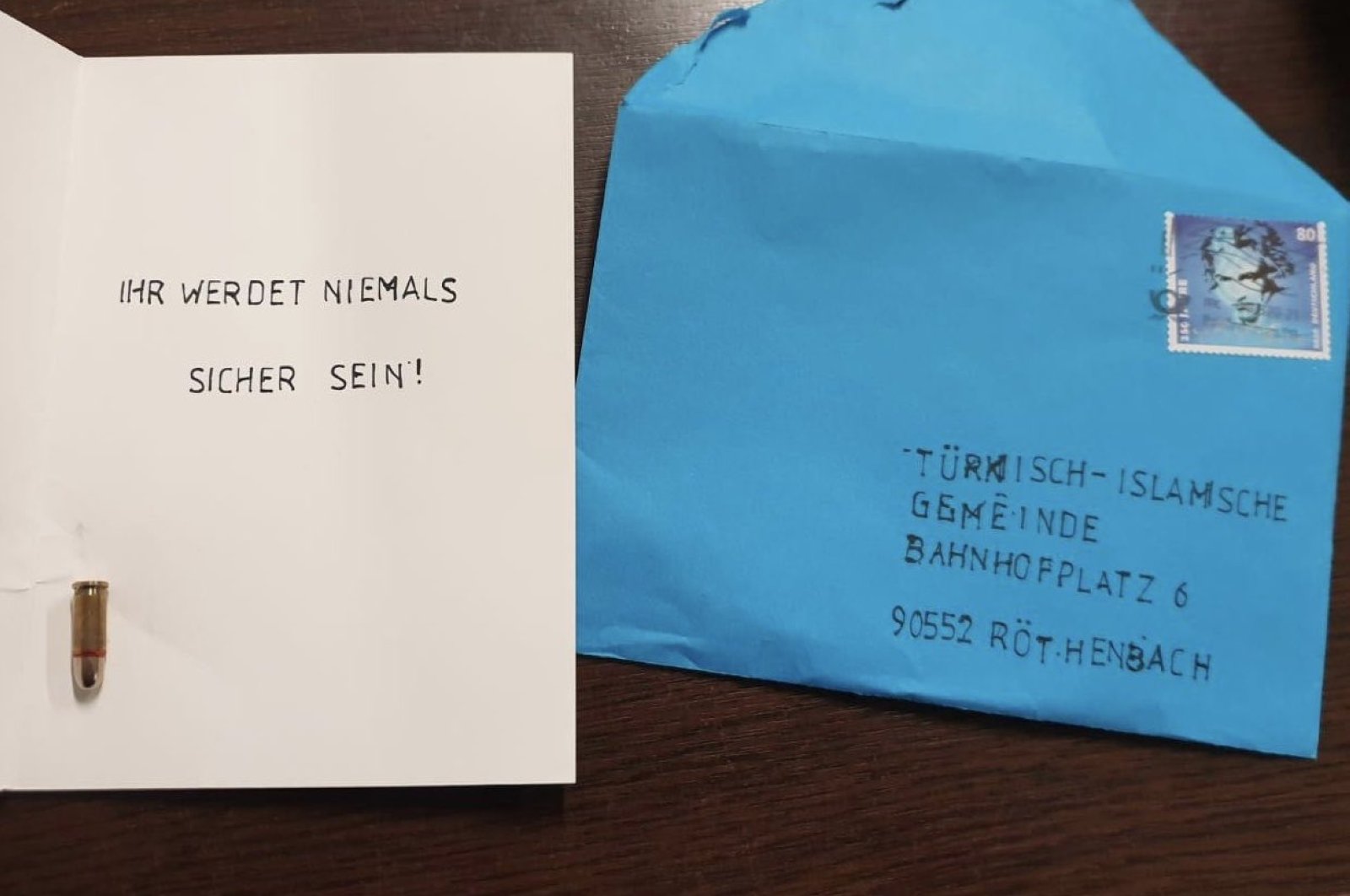 Just a day after the memorial for the victims of the deadly right-extremist attack in Hanau, a Turkish mosque in Germany’s Röthenbach received Thursday evening a letter containing a death threat and a bullet, the Ditib mosque said in a statement shared on their official Facebook page

“You’re never going to be safe,” says the letter written on a gift card depicting a pig. The bullet was glued right in the middle of said card.

The police were immediately notified and launched an investigation, the statement reads. The police announced that all measures were initiated.

“Even before the terrorist attack in Hanau could be processed by our community, this threatening letter made us even more wary,” Ditib said. “We repeatedly condemn all kinds of hatred and terror.”

On Feb. 19 a 43-year-old German man targeted shisha bars in Hanau and killed nine people of foreign descent and injured another five.

Ditib is firmly convinced that the citizens of the Bavarian town of Röthenbach also disapprove of the hideous act and are equally worried.

They expect that the authorities will solve these crimes and that the suspects will be found and brought to justice.

Journalist Tarek Bae said that he was asked to make it public as well while sharing the letter that was sent via postage.

Bae said that such threats have become common in German mosques. He pointed out that the medial and political interest in such matters die down pretty fast.