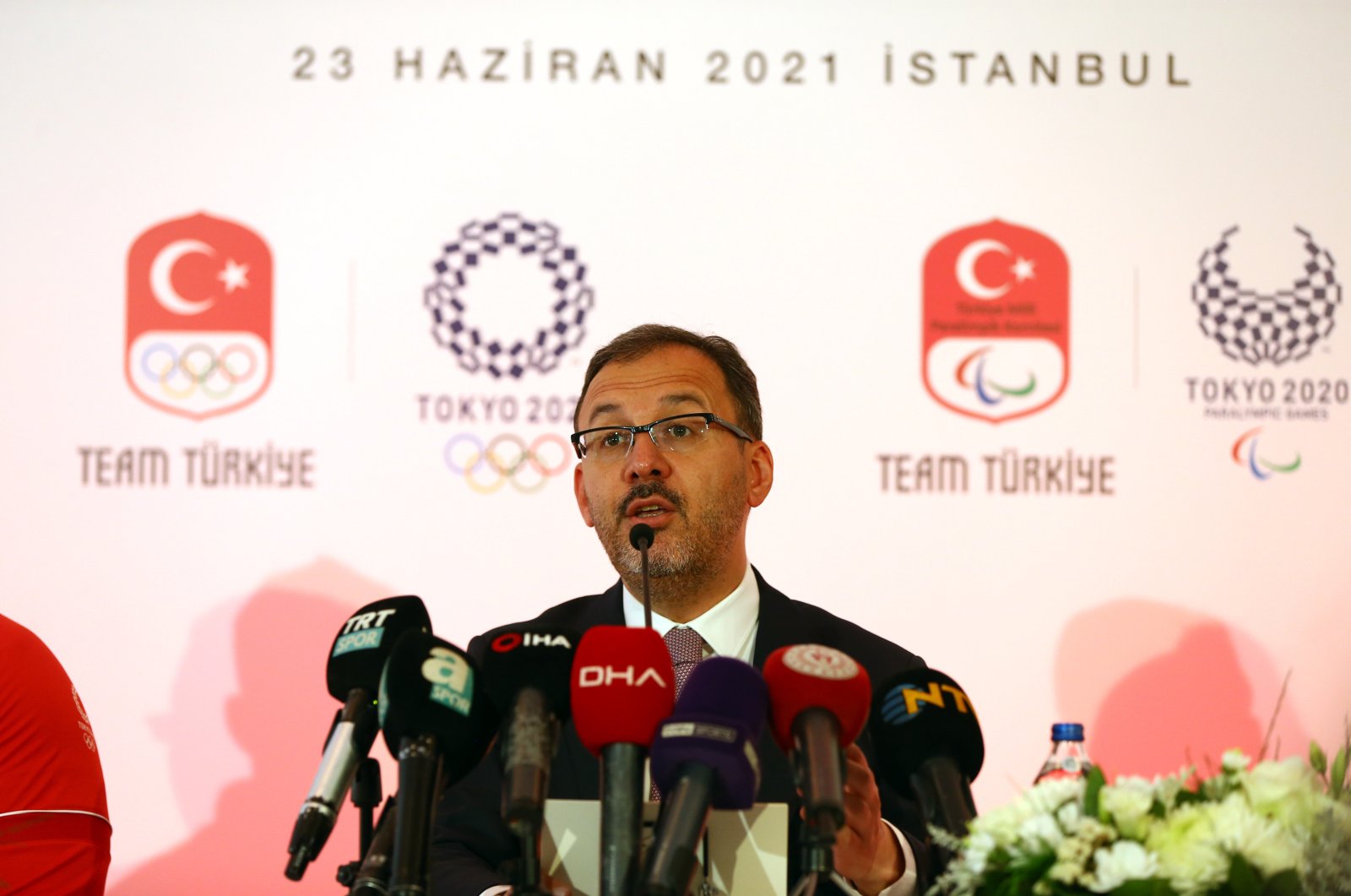 Islamophobia is exploited as a tool to link Islam to terrorism and prevents the peaceful coexistence of different cultures, Turkey’s Youth and Sports Minister said Wednesday.

Kasapoğlu said in a video message sent to the event that the ICYF has been carrying out extensive work to educate youth about the global problem of Islamophobia.

"Islamophobia is the main tool of the people who are trying to affiliate Islam with terrorism, deprive different cultures of living together, and turn fascist speeches into their political activity," said Kasapoğlu, who is in Japan to attend the Tokyo 2020 Olympics.

"We observe that this mechanism is sometimes even used by countries which identify themselves as the most liberal and democratic countries," he commented.

"Prejudices of the societies are reproduced, especially by using popular culture industry. Therefore, we should be able to stand against, especially the disinformation produced by media," he added.

Kasapoğlu said the country's Youth and Sports Ministry "are quite attentive to this matter and we launch projects in order to raise awareness among youth against Islamophobia."

"Farkındayız (We Are Aware) is one the most prominent projects among these. In this respect, we have enabled our youth to spot Islamophobic contents detected in cinema, cartoons, music clips, and computer games on the internet."

According to the Turkish minister, education is also an important field in the fight against Islamophobia.

"Our Ministry keeps its doors open to the education-oriented projects of the international organizations through its youth centers and youth camps.

"Youth Forum has carried out important education programs recently in order to explain the effects of Islamophobia and encourage youth to take part in the process," he added.

The Turkish ministry, in collaboration with the forum, organizes annual media training camps to raise awareness about the fight against Islamophobia, Kasapoğlu noted.

"Additionally, as the ministry, we have educated with a presentation more than 7,500 young people all over the country," he said, adding that Turkey is working to increase the number of academic researchers.

Kasapoğlu also highlighted the importance of "closer cooperation and enriching this cooperation with new projects."

"Cooperation and communication are extremely important," he said, adding, "We should have a common stance with a common language and adopt a common attitude."

"We should explain the true values of Islam and strive for emphasizing the values respecting human rights and differences which are underlined by Islam all the time," he said.

Kasapoğlu stated that youth are among the most negatively affected groups by Islamophobia and that "we can overcome the discrimination Muslim youth are facing through uncompromising policies regarding equality and human rights."

He said one of the most challenging issues standing in front of Muslim youth in countering Islamophobia.

Hajiyev noted that the majority of Muslim youth are directly affected by Islamophobia; young Muslims are often victims of discrimination and social exclusion on different levels within society, they have developed deep concerns about the increase in prejudice against Muslim communities in Europe and North America.

"Consequently, youth should be aware, educated, and involved in preventing Islamophobia and in upholding the values of respect for cultural and religious diversity and nondiscrimination," the deputy minister added.

"Our future, the future of humanity, and that of our planet lie in our hands. It also lies in the hands of today's younger generation, who will pass the flashlight to future generations. The only way to prosperity is through connection and unity, and most importantly, active youth with strong voices," he said.

He went on to say: "Youths have proved to be resilient in various ways and they are using their innovations, networks, and collaborative actions toward achieving a better tomorrow for us all and the future generations. We need to continue to be creative, inspired, innovative for the sake of a bright future for all."